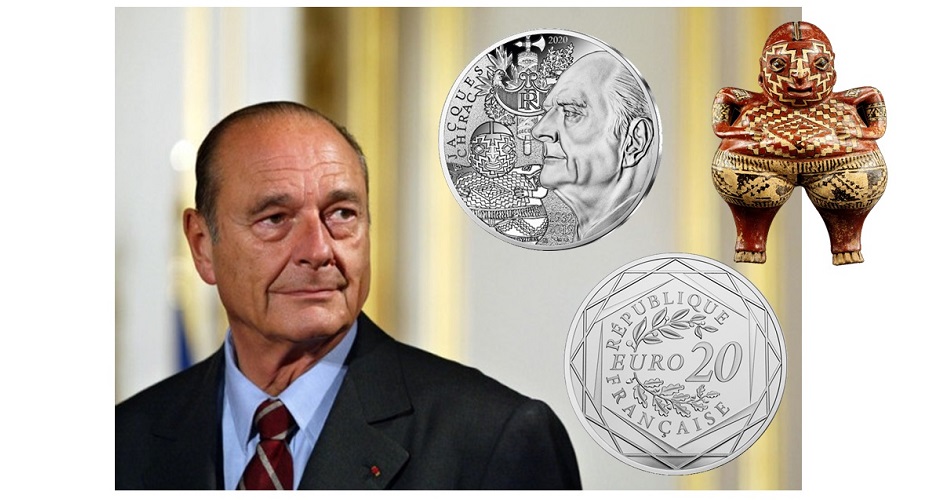 The Monnaie de Paris has launched new silver collector and €10 commemorative coins in honour of the late President Jacques Chirac, who was in office from 1995 until 2007. Jacques Rene Chirac was born on the 29th November 1932 in Paris; his parents were from the Corrèze region in Southwestern France, and his father was a successful executive for an aircraft company. Jacques grew up as an only child as an older sister died in infancy before his birth.

Jacques Chirac had a political career which lasted more than 40 years and he held the highest positions in the French Republic. Inspired by President Charles de Gaulle, Chirac started to pursue a civil service career in the 1950s. After a short tour of duty in the French military, Chirac trained as a military reserve officer in armoured cavalry at the Commune at Saumur and then volunteered to fight in the Algerian War.

Chirac attained greater prominence in France when he became the first Mayor of Paris elected by a city-wide public ballot in 1977. Chirac was then appointed prime minister in 1986 during the presidential term of François Mitterrand. It was his former boss who he ran against in the 1988 Presidential election, receiving 46% of the vote, but also momentum for another run in 1995. On his second attempt as a presidential candidate, he was successful, receiving 52.6%, and became the fifth president of the French Fifth Republic on the 7th May. During his term in 2000, President Chirac led a successful referendum reducing the president’s term from seven to five years. After he was re-elected in 2002, his term ended in 2007 rather than in 2009. After he retired from politics, both he and his wife Bernadette devoted their time to the Foundation Chirac, which was created in 2008.

However, there was also a scandal after Chirac retired from public life. On the 30th October 2009, a judge ordered Chirac to stand trial on embezzlement charges, dating back to his time as mayor of Paris. In 2011, a Paris court declared Chirac guilty of diverting public funds and abusing public confidence, and sentenced him to a two-year prison term, which was suspended due to poor health. President Chirac died at his home in Paris on the 26th September 2019 surrounded by his family. He was 86 years old. 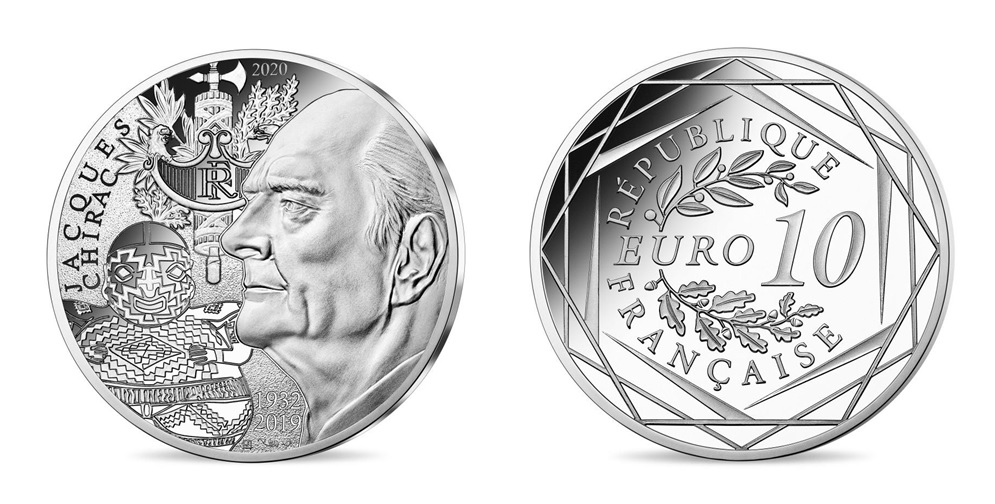 Designed by Joachim Jimenez, senior artisan at the Monnaie de Paris, the obverse side depicts Jacques Chirac. He has a solemn pose and is facing left, which refers to the iconography of his election to the presidency of the French Republic in 1995. Jacques Chirac is surrounded by symbols which have marked his history, such as his official Seal of Office, which refers to his two presidential terms, as well as Chupicuaro, emblem of the Quai Branly Museum, which refers to Jacques Chirac’s passion for Primitive Arts. The text JACQUES CHIRAC is placed to the upper-left edge, and the commemorative years 1932 and 2019 are seen just below the president’s likeness.

The reverse side includes the geometrical design of shapes arranged in different positions creating a series of borders which encircle the text REPUBLIQUE FRANCAISE, and a laurel wreath of sprigs of olive and oak branches. The denomination of EURO 10 or EURO 20 is arranged in the centre. 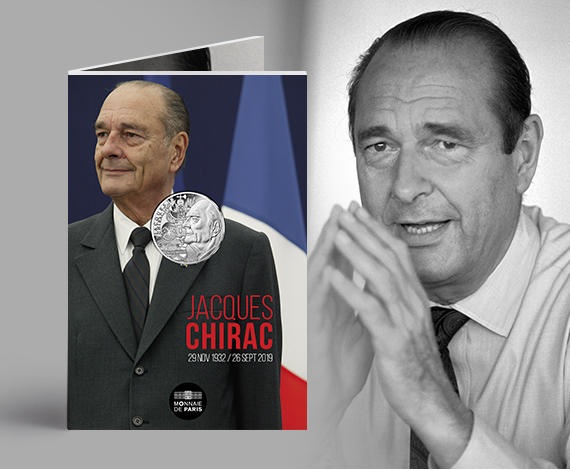 The €10 Brilliant Uncirculated Chirac versions are presented in a blister-pak type folder containing text and illustrations describing the political career of President Jacques Chirac. The €20 Proof quality collector pieces are encapsulated and presented in a heavy-gauge card box and are accompanied by a certificate of authenticity. For additional information about these coins and other coins available from the Monnaie de Paris, please visit their website.