The Monnaie de Paris released their second collection of collector coins entitled “Great Dates of Humanity,” which is part of a series that launched in 2019 beginning with the fall of the Berlin Wall, the First Step on the Moon, and the D-day. For 2020, the series retraces the history of American Independence through a sequence of special collector coins. The first series began by celebrating U.S. Independence history with a collection of coins that focused on General Lafayette. The collection is inspired by a collection of medals commissioned by the Monnaie de Paris and designed by celebrated artisans during the late 18th and early 19th centuries. The independence of the United States was a world event of strategic importance to France as it was one of the first countries to recognise the new nation and also contributed armies commanded under General Lafayette. 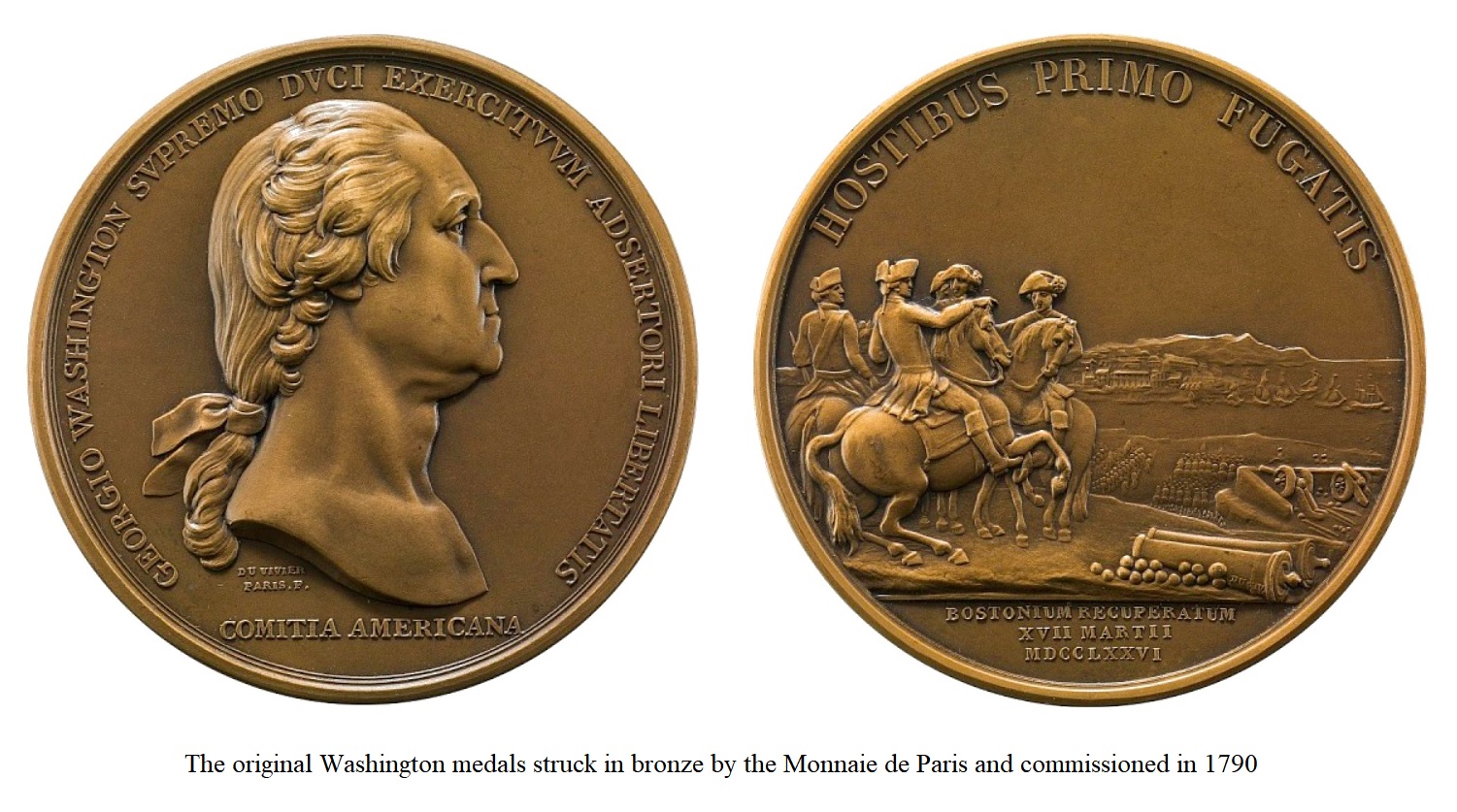 The original medal, which the new 2021-dated series of coins are based on, commemorates the fortification of Dorchester Heights — a decisive action early in the American Revolutionary War and commanded by General Washington. His victory precipitated the end of the siege of Boston and the withdrawal of British troops from that city. The taking control of Dorchester Heights was strategically important as it is the central area of South Boston and is the highest point that commanded a view of Boston Harbour.

The designs of the four coins in the collection are shown on each denomination from €10 to €200 and are directly inspired by historical medals created by the Monnaie de Paris, which are included in their archives. This particular medal was commissioned in 1790 and designed by Benjamin Duvivier (1730-1819) eminent French medalist and engraver. The obverse side features an exquisite undraped bust of George Washington facing right. Encircling Washington’s portrait is the inscription GEORGIO WASHINGTON SVMPREMO DVCI EXERCITVVM ADSERTORI LIBERTATIS (“George Washington, General-in-Chief of the armies, defender of freedom”). Below the bust is the artist’s name, DUVIVIER PARIS F, as it appeared on the original medals. Below the name of the medal’s engraver is the additional text in Latin COMITA AMERICANA, which translates to “The American Congress.” To the right of Washington’s profile is the denomination of each coin from 10 to 200 EURO.

The reverse side depicts General Washington at Dorchester Heights, leading his four officers on horseback towards the city of Boston. To the right of Washington are a fort, cannons, and ammunition lying on the ground. Of particular focus is Washington pointing to the British ships fleeing the city. Above the primary design is the inscription HOSTIBUS PRIMO FUGATIS, which translates to “For the first time, the enemies are on the run.” Beneath the design is the additional text BOSTONIUM RECUPERATUM / XVII MARTI / MDCCLXXVI (“Boston retaken on 17 March 1776“).

The production of the €25 silver and €200 gold utilise a high-relief technique on the obverse and reverse, further lending to the look of the original medals struck in 1790. The mintmarks of the Monnaie de Paris are visible at the very bottom of the reverse.

The €10 silver and €50 gold coins are struck to Proof quality and are available as separate items. For additional information about these and other coins available from the Monnaie de Paris, please visit their website.