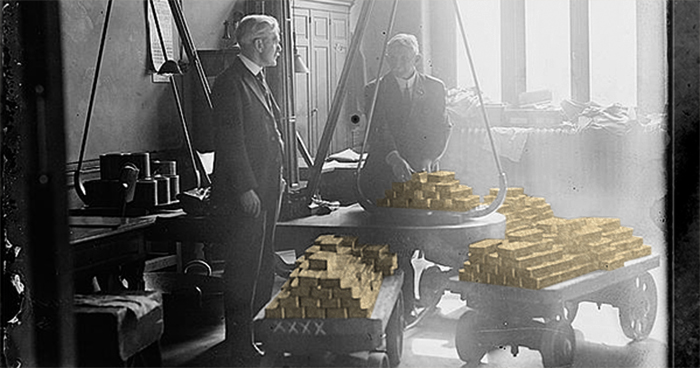 The following is a re-post from Coin Update’s sister site Mint News Blog.

For much of the country, yesterday was “eclipse day.” But at Fort Knox, the big yellow wasn’t being covered up—it was being revealed: for the first time in 40 years, the U.S. Bullion Depository there was opened to civilians.

The Washington Examiner reported that yesterday (August 21), at the behest of the treasury secretary, Steve Mnuchin, the depository was to be opened to a delegation of politicians. The Washington Post later reported that the party included Mnuchin, Senate Majority Leader Mitch McConnell, U.S. Representative Brett Guthrie (R-KY), Kentucky’s governor, Matt Bevin, and several journalists.

McConnell said that the idea of visiting the $186 billion in gold assets “just kind of came up as a result of a casual conversation.” He declined to say much about the visit because of security concerns. Governor Bevin, in an interview on Louisville’s WHAS radio (840 AM), described the process of entering and leaving the vaults as being time-consuming, and said that officials had to break one of the famous vault seals to give them access. Stating that the gold was, indeed, safe, Bevin described it as being “freakishly well secured.”