A new organization was formed last week during the Central States Numismatic Society show in Milwaukee—Numismatists United for Political Action (NUPA).  This is a grassroots organization with a mission to educate and inspire the coin collecting community to stand up and be heard in Washington. 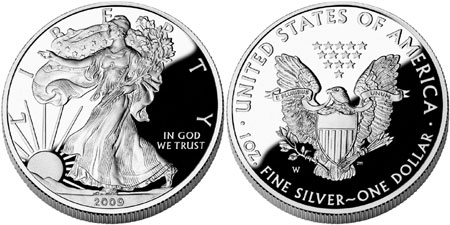 Second, NUPA wants Congress to eliminate restrictive private commodity sales language in the Senate version of the Financial Reform legislation currently being considered.  As currently drafted, the Senate version potentially prohibits the sale of any bullion-priced products that were not already in the dealer’s custody before the order was placed.  It could also force dealers to deliver bullion-priced products before there is time to verify that personal checks cleared.  Instead, NUPA advocates the language in the House version of the legislation that allows dealers to sell merchandise they do not already have in stock and gives them up to 28 days to make delivery.

Third, NUPA wants Congress to finally get around to long-pending legislation that would enable investors to have more options with their retirement accounts.  Many owners of Individual Retirement Accounts saw the value of their accounts plummet when stock and bond prices fell over the past few years.  If only they had the opportunity to have purchased good numismatic coins, they might have better preserved their wealth.

Nicholas Pyle is serving as coordinator of NUPA.  A steering committee of deeply experienced numismatists from around the country is being assembled.  I have accepted an invitation to serve on this committee.

All collectors and dealers are invited to join NUPA and get involved.  There are no membership dues or fees.  It will serve as a nexus for information on political issues affecting numismatics. For more information, you can go to the website at http://groups.google.com/group/coincollectorsunited.