On the last day of 2012, I reported results from my most recent crossover attempt, sending coins graded by ANACS, PCI, ICG and ACG.

We’ll, I’m at it again, sending five coins to PCGS (as NGC, arg!, doesn’t consider crossovers anymore–except from PCGS [go figure]). I wanted to focus on ACG, abbreviation of Accugrade Coins, one of the oldest slabbing companies, founded in 1984 by Alan Hager. I have always loved these coins and holders, primarily because Hager usually got the right grade and condition (with the added bonus of some silver coins toning up beautifully over the years).

But I also wanted to test one more time with ICG and PCI. I have never been able to successfully cross over an ICG coin, so I searched about a month for an undergraded example, and I think I found one. I’ve had hit-and-miss luck with PCI holders. The green label scores much better than the yellow (which usually crosses out with the dreaded PCGS “DNC/Did Not Cross” designation).

Here are the candidates for this next go-around, along with my predictions: 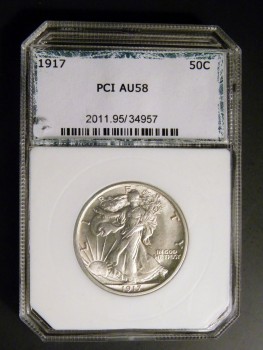 The coin has a weak strike and the luster has faded. That’s two strikes. Prediction: AU50-55. Possible outcome: Cleaned, DNC. 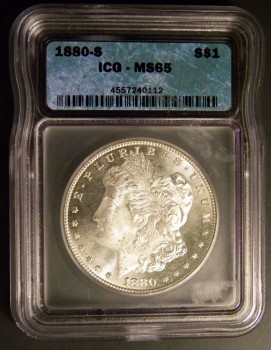 The picture of this coin doesn’t do it justice. The cheek is full and contact marks minimal. I’ve seen Gem Plus PCGS Morgans with less eye appeal. Prediction: Crossover MS65. Possible outcome: MS64+ 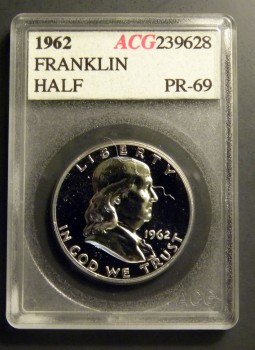 This is a near flawless coin which, if crossed over to PCGS, would be worth $400. Proof 1962 Franklins usually have more frost than this, so that may affect eye appeal. More important, PCGS doesn’t easily grade any Franklin proof a 69. Prediction: PR66-67. Possible outcome: PR65. 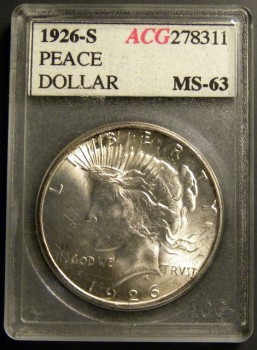 PCGS is tough on Peace Dollars. I think this has a chance at crossover, but there are borderline bagmarks that just don’t go over well with graders. Prediction: MS62. Possible outcome: AU58. 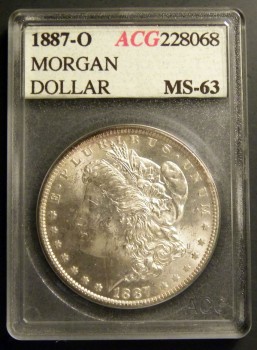 This coin has bright luster and a strong strike. Its bag marks are in keeping with the grade. Prediction: Crossover, MS63. Possible outcome: Ms62.

Study each of those coins and share your predictions in the comment section. As soon as we get the results, we’ll file another post and see which coins crossed over, under or out!