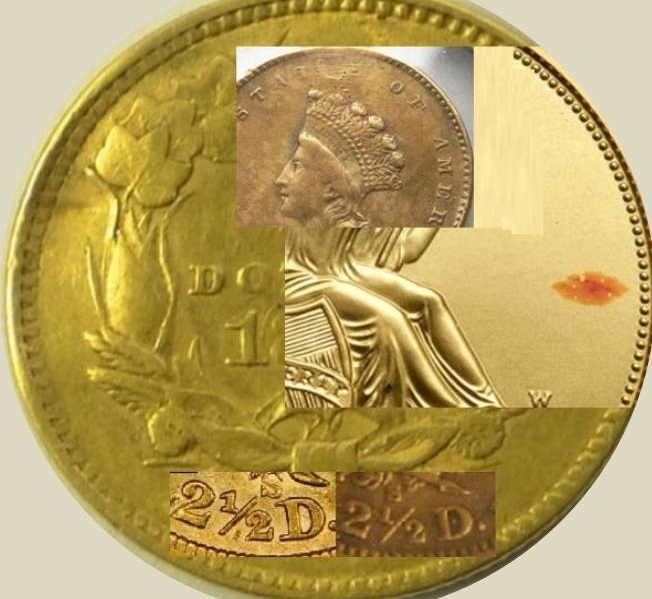 With the price of gold at less than $1100 per ounce, many hobbyists are buying old coins rather than bullion, taking advantage of price and adding raw coins to their collections. However, unlike other numismatic items, raw gold comes with more potential problems because of the soft metal, history of counterfeits, improper care and, lest we forget, unscrupulous sellers.

Some problems lessen value but still may earn a grade at the top holdering companies. Many problems will not be worth slabbing. And a few problems are outright frauds.

The most common flaw is the test cut. Such cuts were made to discern whether the coin in question is gold or merely gold plated, as was the notorious 1883 racketeer nickel, which scammers tried to pass off as $5 gold, because the US Mint neglected to put a denomination on the coin other than the Roman numeral V. See below. 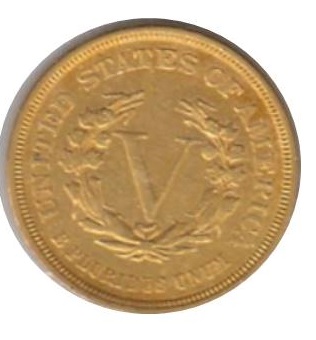 It goes without saying that you will not be fooled by this.

You can, however, be fooled by test cuts because they occur near the rim where eager bidders tend not to look when competing for a coin online. (Dealers at shows or in hometowns would typically identify the flaw on the flip.)

Below are examples of test cuts. This seller honestly seems to have missed the cut on the bottom right (expanded in the photo below). This cut may not be severe enough to prevent slabbing. But a world-class grader would reject it, so why take the risk? 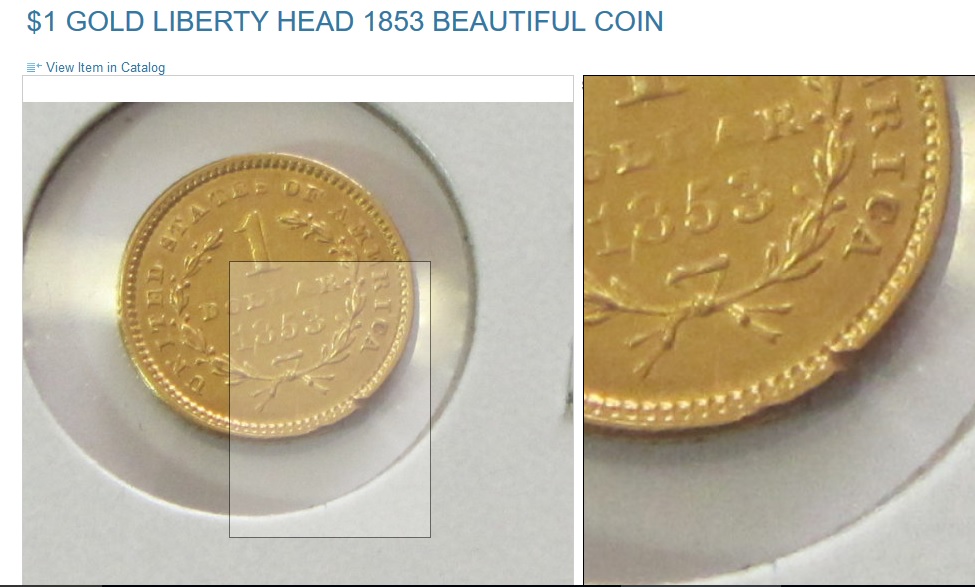 This test cut below also is difficult to discern at first glance because it is scraped rather than cut on the rim. Again, this will be a close call at any reputable grading company. 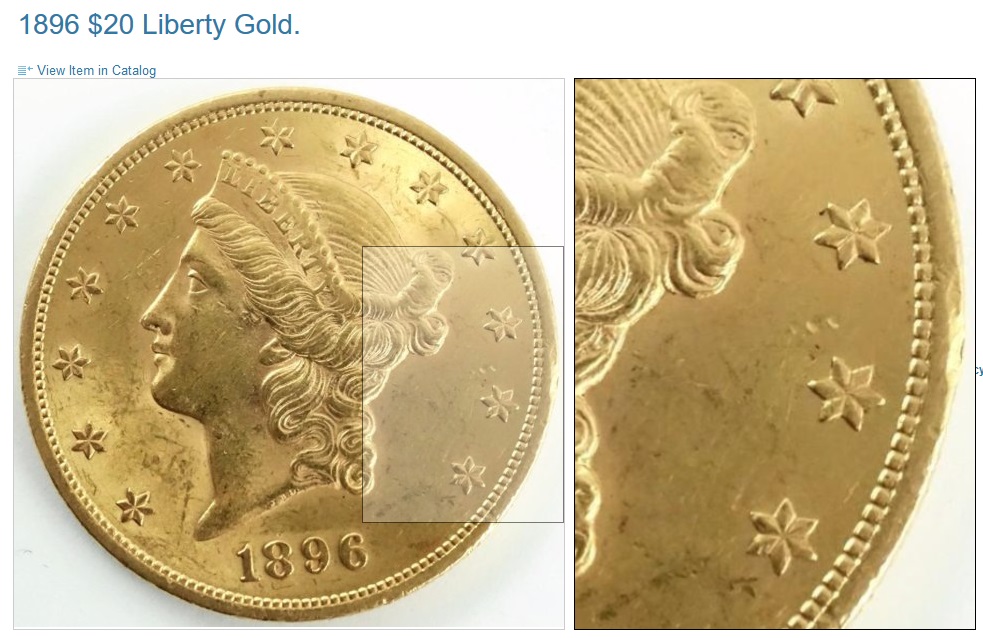 Here is a more obvious test cut on a coin with several problems, including polishing (another frequent flaw found in raw gold coins): 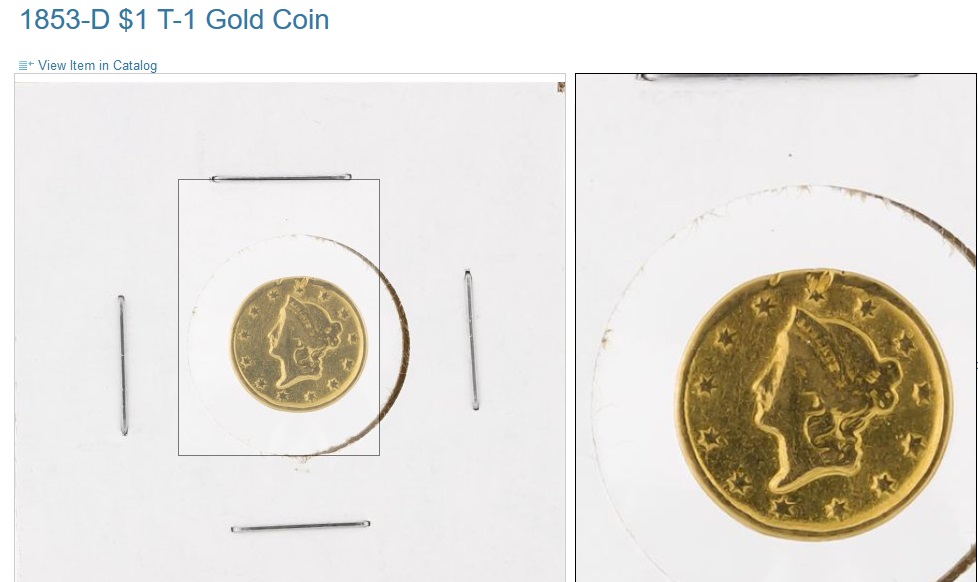 In evaluating raw gold, do not confuse the test cut (made with a knife or sharp tool) from a rim nick, which often happens when coins tumble against each other in a bag. Here’s an example of a rim nick: 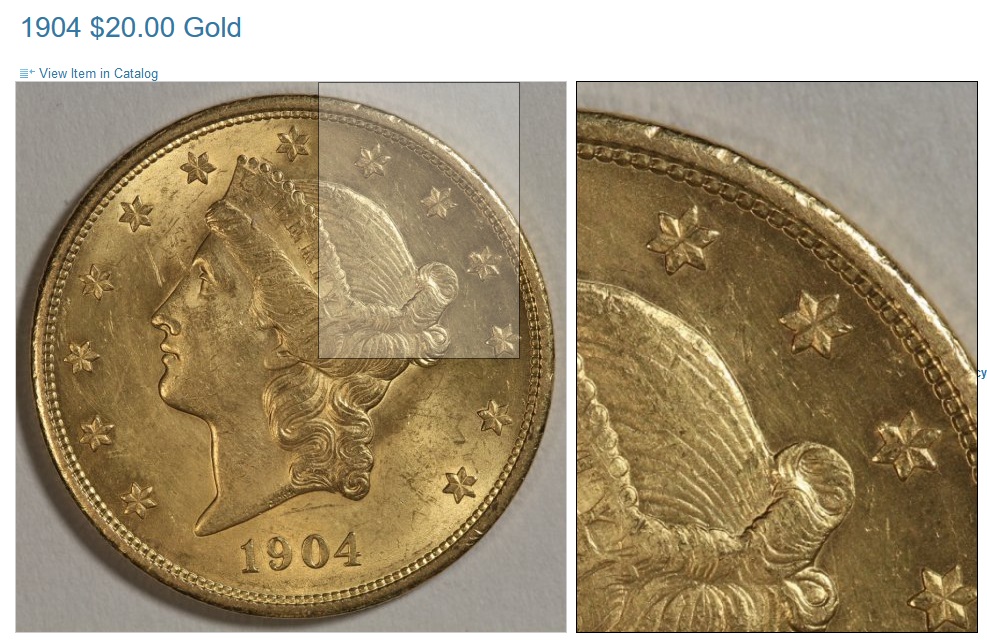 Old gold coins often are used in jewelry. Some are made by owners, usually ruining the coin, as in this example showing remnants of a removed mount at 12 o’clock on the obverse: 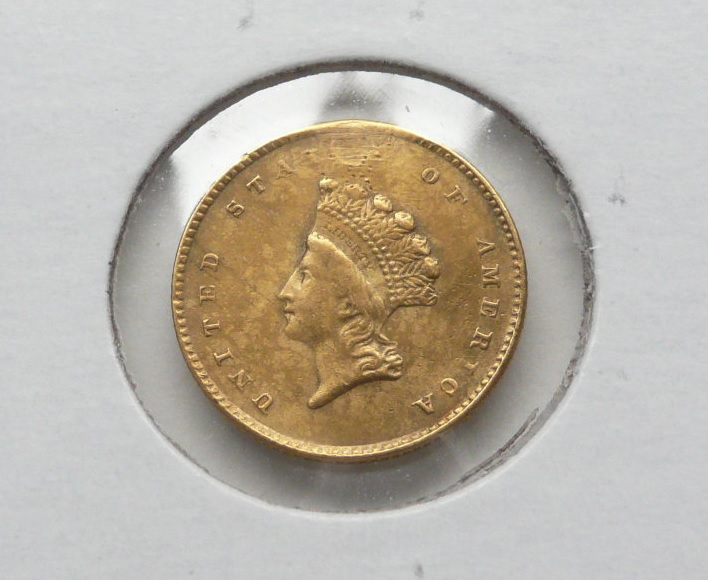 Some coins soldered or fastened to jewelry, damaging the gold when the jewelry is removed, as in this example: 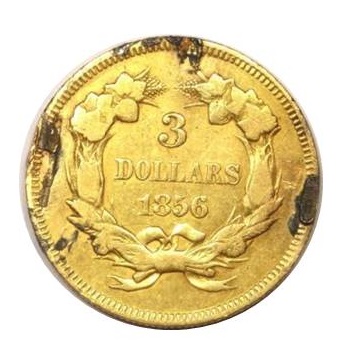 Common flaws, even in modern gold, are copper spots (which will not prevent slabbing) as in this  2008 First Spouse Martin Van Buren coin: 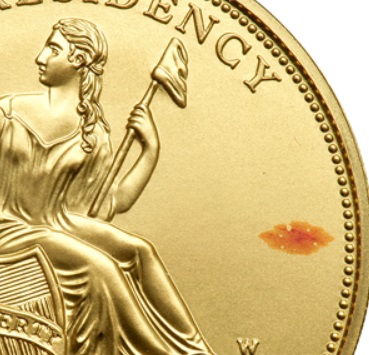 Because gold is a soft metal, any gentle attempt at cleaning leaves marks: 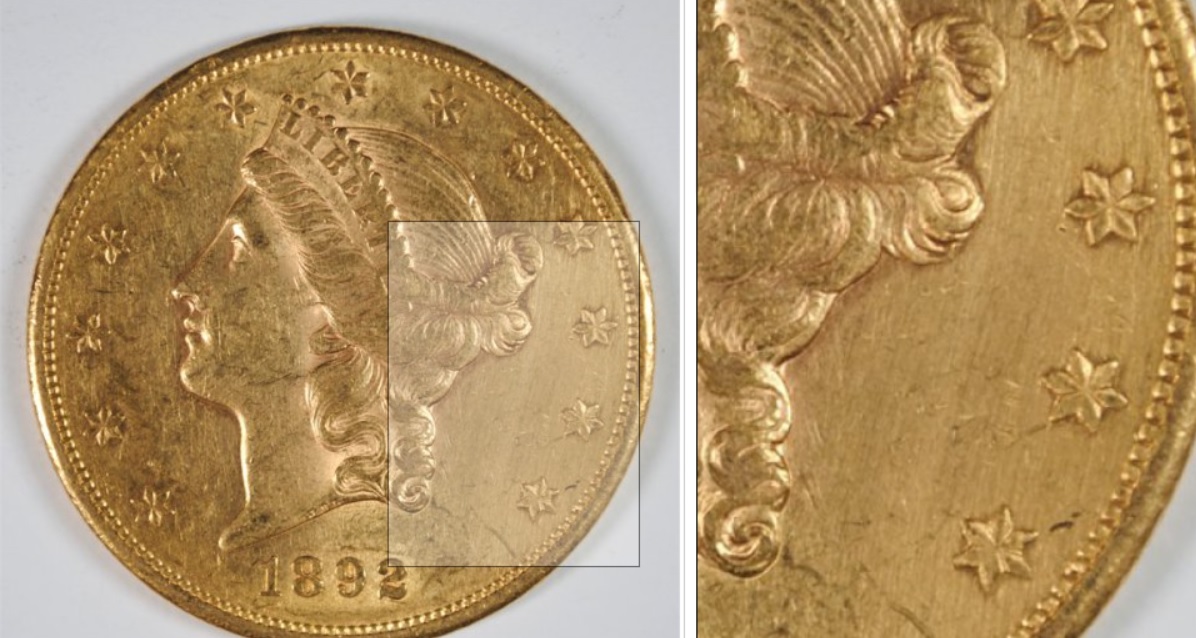 Small denomination gold coins are prone to being bent because the metal is so thin and malleable. The bend here is on the left side: 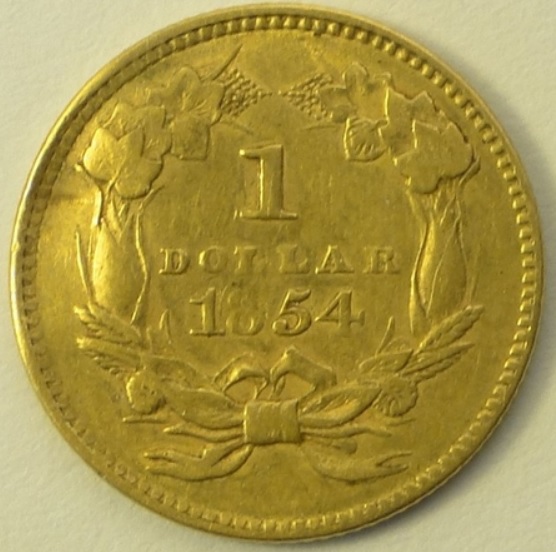 And of course, because of value, gold coins are often counterfeit. That’s a separate column in itself, but you must always be aware that any raw old coin has a significant chance of being a fake. The best defense is to buy slabbed coins by PCGS, NGC, ANACS and ICG.

There are many books about detecting counterfeit gold. Here is my favorite, United States Gold Counterfeit Detection Guide, by Bill Fivaz: 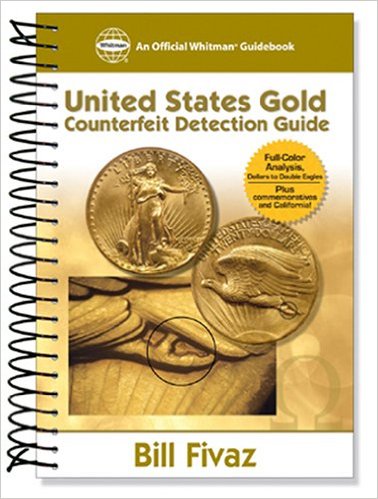 Here is a fake offered on Proxibid that I detected a few years ago:

Here is a close-up comparison of the misplaced mint mark:

Of all fake gold, the most common is California fractional coins. You can read about that in depth here.

If you see a bear on the reverse, it is almost always a fake, like this example: 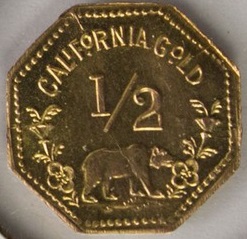 Finally, don’t buy fool’s gold. I’m not talking pyrite but vials of gold-flake, which are so microscopically thin as to have no value. 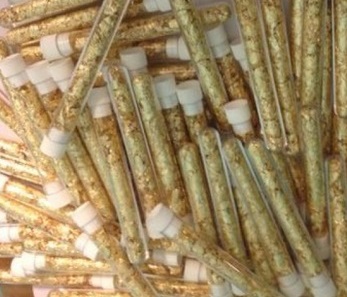 Have you purchased a raw gold coin only to find a flaw in it? What are your thoughts? Share them in the common section below!