The First Spouse Gold Coin series began in 2007 to accompany the Presidential Dollar series. Each year, one half ounce 24 karat gold coins are issued that are emblematic of the spouse of each President. In general, the obverse of each coin features a portrait of the First Lady and the reverse features images emblematic of her life and work. If a President served without a spouse, then an image representative of the concept of Liberty is used for the obverse, with a reverse design representative of the themes of the President. 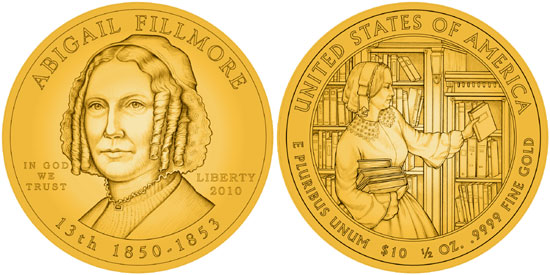 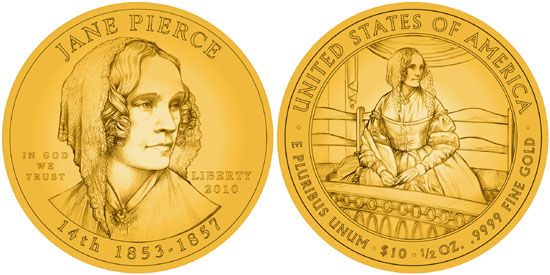 The Jane Pierce First Spouse Gold Coin features her portrait on the obverse, designed by Donna Weaver and sculpted by Don Everhart. The reverse depicts Jane Pierce seated in the visitors gallery of the Old Senate Chamber. She is known to have sat there to listen to the debates about the issue of slavery. The reverse was designed by Donna Weaver and sculped by Charles Vickers. 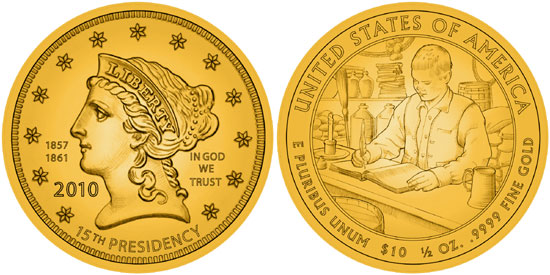 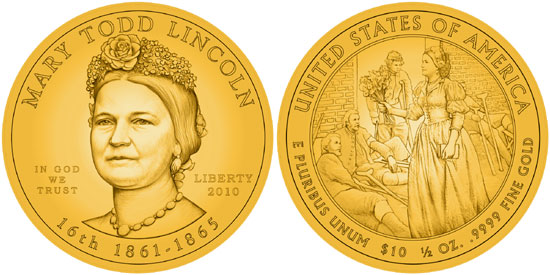