Today, the United States Mint announced the design selections for the 2012 First Spouse Gold Coins. This represents the sixth year for the one half ounce 24 karat gold coin series.

The four coins will be issued in relation to the 21st through 24th Presidencies, although not every coin will feature a First Lady. Alice Paul is recognized for her contribution to the suffrage movement, as provided under the authorizing legislation for the series. Her coin is issued for the Presidency of Chester Arthur, who served in office without a spouse. The remaining issues recognize Frances Cleveland on two separate coins, since her husband served two non-consecutive terms as President, and Caroline Harrison.

Initially, the United States Mint had prepared five to eight different obverse and reverse design candidates for each coin. These were reviewed by the Commission of Fine Arts and Citizens Coinage Advisory Committee, which provided their recommendations. (See all of the original design candidates.) The final design selections were made by the Secretary of the Treasury. 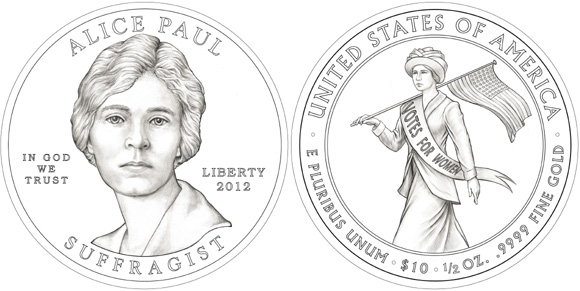 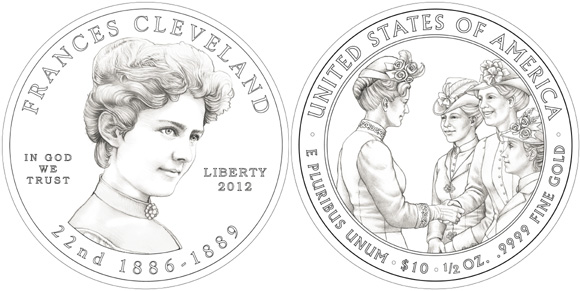 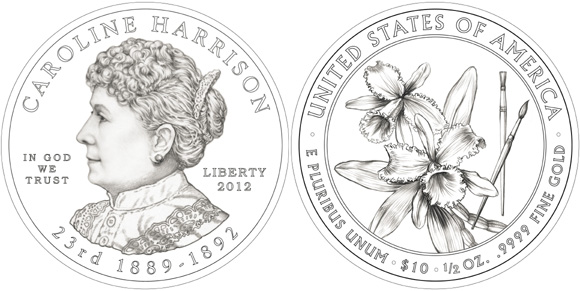 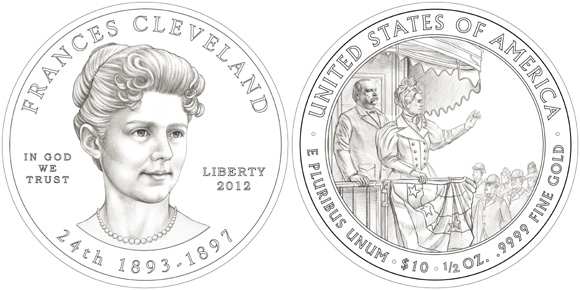 The United States Mint has not yet announced the release dates or mintage limits for the 2012 First Spouse Gold Coins. The pricing will be based on the average weekly market price of gold and may fluctuate during the course of the offering. Bronze medals will also be offered featuring the same designs. these will be priced at $7.95 each.