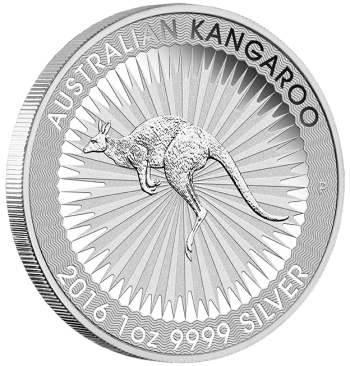 The Perth Mint is now selling the 2016 Australian Kangaroo 1 oz. Silver Bullion Coin to bulk buyers and authorized purchasers. The Australian Kangaroo has previously been available in both collector and gold bullion formats, but this is the first time the mint has manufactured a silver bullion version. It is also the first Australian coin to be composed of silver that is 99.99% pure.

In a press release, the Perth Mint notes the new issue is part of an attempt to gain a larger foothold in the “mainstream bullion coin industry in the world’s largest markets.” Neil Vance, the mint’s Acting General Manager of Marketing, added, “We are confident that the Silver Kangaroo will help us double our market share in the United States, Europe, and globally, as it is issued with an unlimited mintage and is only available for purchase in large quantities.”

In other words, the Perth Mint wanted to offer a coin that can compete with the quality, popularity, and affordability of the American Eagle Silver bullion coin, the most popular silver coin in the world. Like the Silver Eagle, the Silver Kangaroo is a well-designed 1 oz. silver coin available for close to the spot price of the metal, which stands at $14.94/oz. as of this writing. 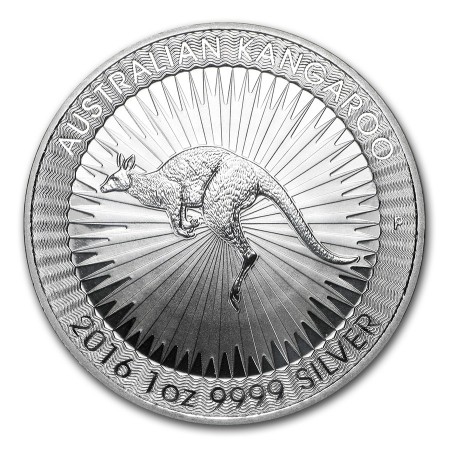 The Perth Mint’s robust bullion program already includes 1 oz. silver coins, of course. In addition to the Silver Kangaroo, 2016 will see the release of 1 oz. silver bullion coins featuring Koala, Kookaburra, Platypus, and Year of the Monkey designs. What makes the Kangaroo Silver bullion unique—and what gives it a small leg up on the American Silver Eagle—is its 99.99% silver content (the ASE’s purity is listed as 99.9%). And, like the ASE, the Silver Kangaroo’s energetic design is sure to boost its popularity. 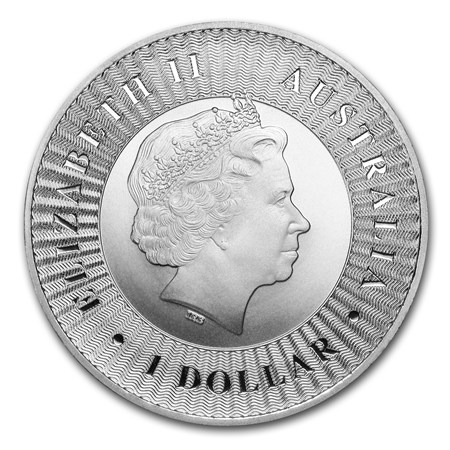 The coin’s reverse features an image of a hopping kangaroo at its center, with textured rays of sunlight emanating outward in all directions. The words AUSTRALIAN KANGAROO curve along the edge of the coin, along with the coin’s “1 oz 9999 SILVER” composition, its 2016 year of issue, and the Perth Mint’s “P” mintmark. The coin’s obverse features Ian Rank-Broadley’s effigy of Queen Elizabeth II and its 1 DOLLAR (AUD) denomination.

The coin also includes a unique security feature intended to make counterfeiting more difficult. The letter “A” in AUSTRALIA has been engraved with a micro-laser, a distinction that is only apparent when examined beneath a magnifying glass.

The 2016 Australian Kangaroo Silver bullion coin can be purchased from local and online bullion dealers. For more information on the Perth Mint’s bullion program, visit its Web Site; you can also view a short promotional video for the Silver Kangaroo below.