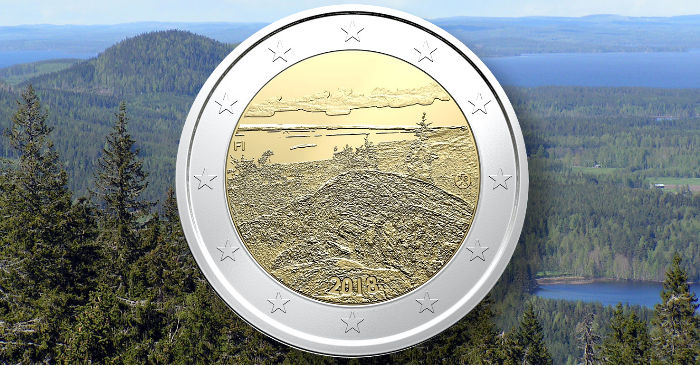 The Mint of Finland has launched (15th May) the second  €2 national commemorative coin which focuses on the many naturally beautiful scenic areas in the country that are both well-loved and instantly recognisable by many of the country’s inhabitants. The second annual €2 commemorative coin features the natural beauty of Koli National Park, which affirms the results of a national vote in the summer of 2017 that was coordinated by the Mint of Finland. Finns voted online for nine of their most beloved national landscapes to be featured on the commemorative coins and it was Koli National Park which received the most votes in the poll.

Founded in 1991, this national park is located within the municipalities of Joensuu, Lieksa, and Kontiolahti in the North Karelia region of Finland. It covers 30 square kilometres (12 square miles) of forested hills on the western shore of Lake Pielinen and is divided into three different zones according to central protection objectives. Koli is well-known for its spectacular vantage point which is Ukko-Koli, with its grand view to the east over lake Pielinen. Near the top is the Heritage Center Ukko and Hotel Koli, which are accessible by two long scenery lifts that are operational during the summer months. Aside from the various activities to occupy visitors to Koli during the summer, there are also two ski resorts in the Koli area which are Loma-Koli for families and Ukko-Koli for more advanced downhill skiing. The highest vertical drop is 230 metres (750 feet) and ski slopes are 800 to 1,500 metres (2,600 to 4,900 feet) long with two of the slopes reserved for snowboarding. Currently, Koli National Park receives about 127,000 visitors annually.

The obverse of the second annual commemorative €2 coin featuring Koli National Park depicts the view from the summit of Koli. The coin is designed by Erkki Vainio, whose layout is based on an actual photograph taken by natural landscape photographer Juha-Pekka Järvenpää. 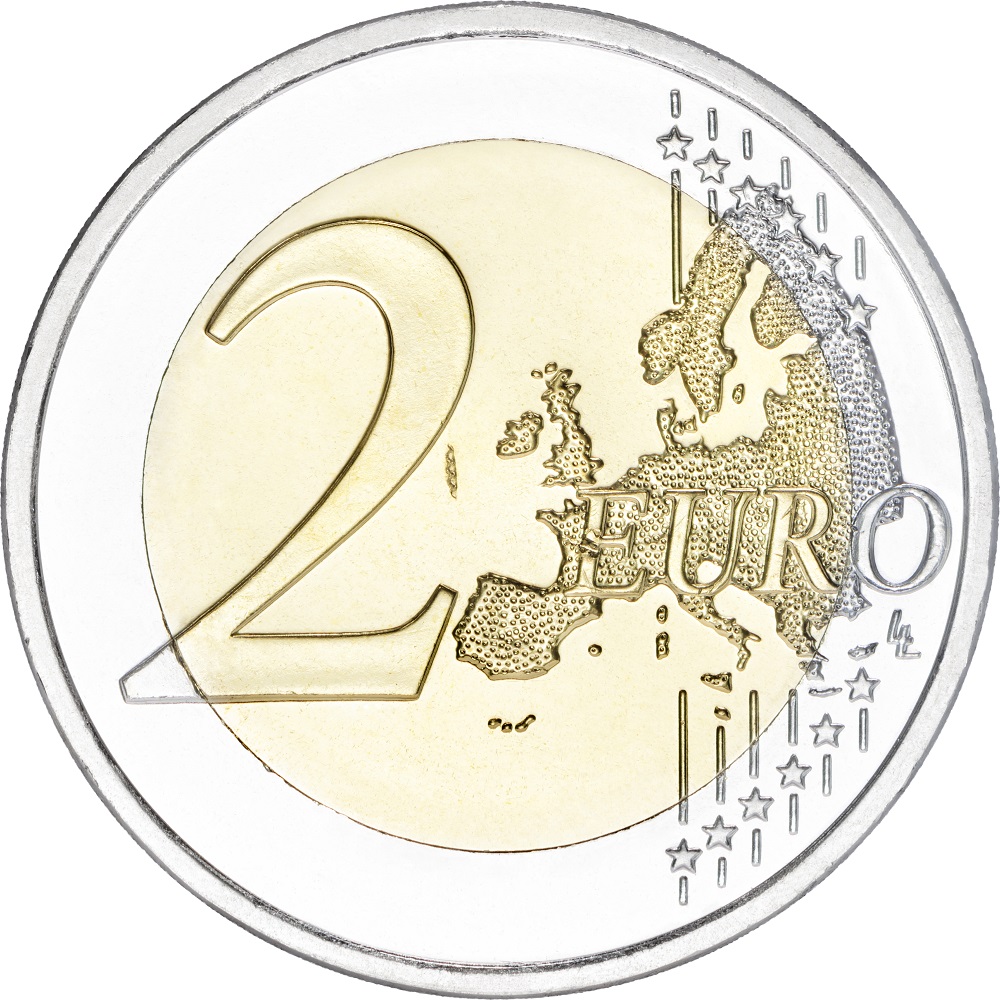 The reverse of the €2 coin is that used on all common circulation coins depicting the numeral 2 and the current map of the member states of the European Union, as designed by numismatic artist Luc Luycx of the Royal Belgian Mint.

The Koli National Park €2 coin will be available starting the 28th May and shares its design with a €5 coin which was issued as part of the “Finnish Landscapes” series launched earlier this year. The Proof versions are encapsulated and presented in a card case with a certificate of authenticity. For additional information on these coins and others available from the Mint of Finland, please visit their website.