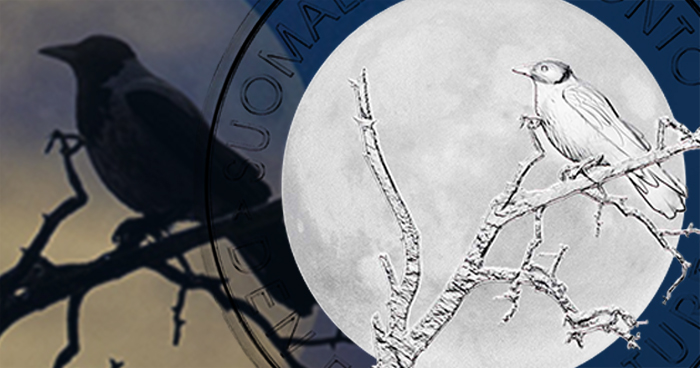 The Mint of Finland have announced (18th September) that a new €2 coin will be released in limited quantities next month. The design centres around the extraordinary scenes of Finnish nature. The coin is part of Finland’s national celebration of their centenary of independence, which was declared in December 1917.

The design of the coin is inspired by a photograph which was the winning submission in the “Blue and White” special category in Finland’s Nature Photograph of the Year competition. The winning photo depicts a crow, which to many symbolises the modern Finnish character—an outwardly common, but intelligent bird that reacts flexibly to new situations. Per the rules of the competition’s special category, the winning photograph (shown below) was compiled from two shots: 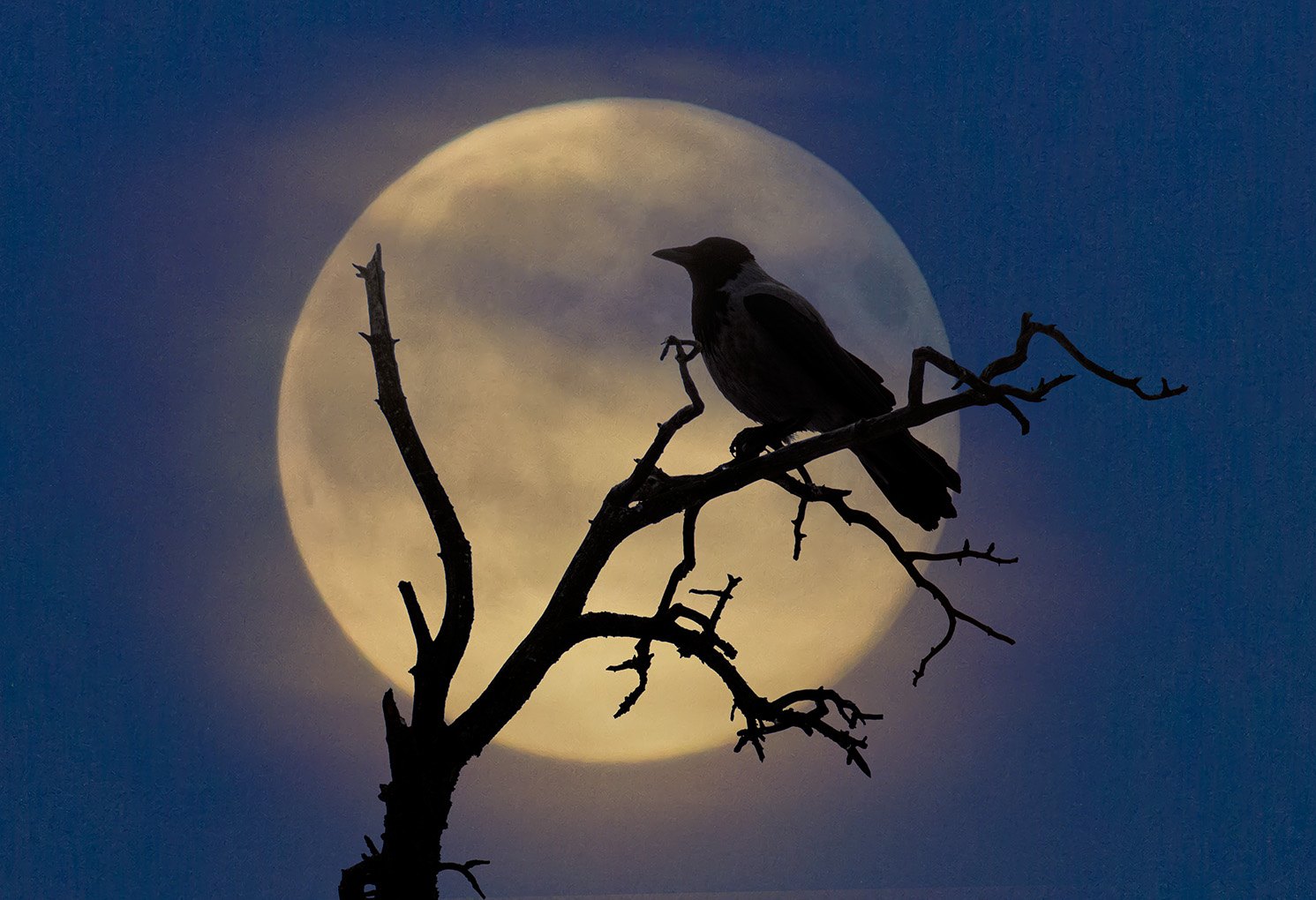 Kari Auvinen’s composite photograph of a supermoon above Harmaja (a lighthouse-island outside Helsinki) and a crow. (© 2017 Kari Auvinen. Hover to zoom.)

Obverse design for the commemorative €2 Proof and Uncirculated coins.

Obverse design for the silver collector €10 and €20 Proof coins.

The winning photograph, which is included on the national side of the €2 and the obverses of the €10 and€20 coins, is the work of nature photographer Kari Auvinen, and depicts the full moon over Harmaja and a crow gazing down on the world from its perch.

Reverse design for the commemorative €2 Proof and Uncirculated coins.

Reverse design for the silver collector €10 and €20 Proof coins.

The commemorative €2 coin’s reverse is identical to that of ordinary circulation coins. The Finnish Nature silver Proof collector coins, released on the 18th September in nominal values of €10 and €20, share a simple reverse design depicting the surface of the moon, the legend 2017 SUOMI FINLAND, and the denomination.

The special coin will be officially launched at the Nature Photograph of the Year gala held at the Finlandia Hall on the 21st October 2017. The packaging for the €2 Proof version includes a certificate of authenticity that indicates the coin’s technical specifications and tells its story.

The maximum mintages of the Proof-quality €10 and€20 silver Finnish Nature commemorative coin are 10,000 and 5,000, respectively. In each case, 100 coins of that mintage will be serially numbered on the reverse. In the case of the €10, the numbered coins will be mixed into the mintage at random. With the €20, the numbered coins will be sold on a first-come, first-served basis. The latter will be packaged in a protective clear capsule set in a glass IITTALA-brand case. Please visit the Mint of Finland’s website for additional information on these and other coins on offer.