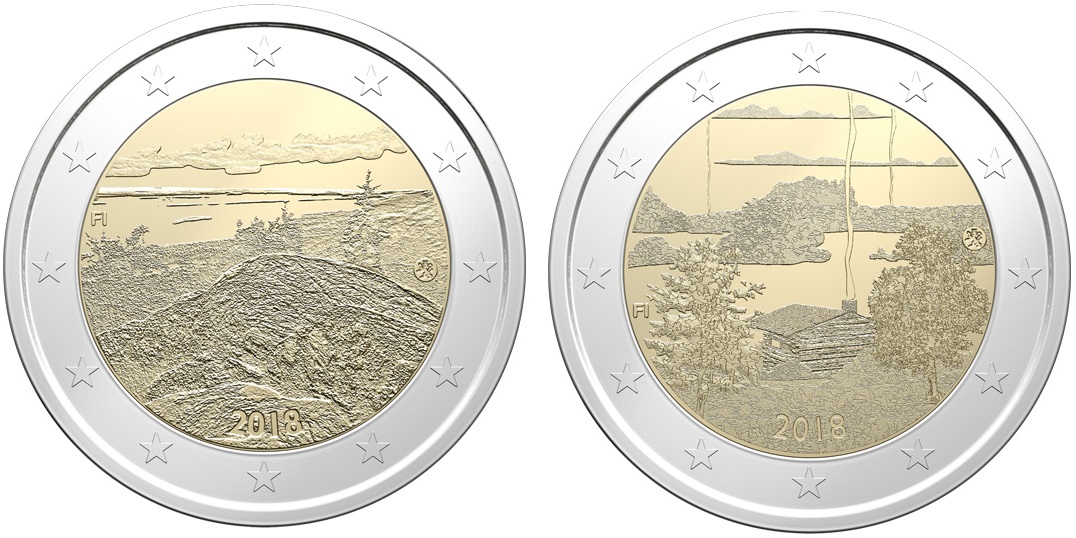 The Mint of Finland announced (20th February) that new €2 commemorative coins will be issued which focuses on one of the country’s more popular activities which is not only synonymous with Finnish culture but also has a tradition that spans back centuries — going to the sauna. These small rooms were either built into larger buildings or as separate entities that function as a place to experience dry or wet heat sessions while the steam and high heat make the bathers perspire. The steam element promotes the cleaning of pores and also aid the respiratory system. With a population of just over five million inhabitants in Finland, there are more than three million saunas in the country, which include those built into homes or free-standing cabins dotted all over the country — usually positioned just adjacent to lakes, shorelines, ponds, and rivers. Over the years, and with an increasingly urbanised population, saunas are now very important inclusions in private apartments and recreation facilities at offices and corporate headquarters. There is even a sauna facility in the Finnish Parliament House, confirming that the sauna is indeed an important part of the Finnish national identity. Those who have the opportunity usually make time for a sauna at least once a week, with the traditional sauna day being on a Saturday, as days of the week have become busy with other activities.

The practise of going to the sauna can be traced back to the earliest inhabitants, with the belief that the first saunas were in place as far back as 7000 BC, but the first written mention wasn’t until 1112 AD. Saint Nestor the Chronicler (1056–1114) told of  “hot wooden saunas in which naked bathers beat themselves with branches and finally pour cold water over themselves.” In addition to many other notable accounts, we can conclude from the historical evidence that this is a Finnish practise which has gone unchanged for centuries.

For many, the sauna has several medicinal applications from weight loss to detoxifying the body of ingested poisons. The traditional use of leafy, fragrant silver birch branches are used to gently hit your back and legs — which has a relaxing effect on the muscles and the sap from the leaves helps to soothe the irritation of mosquito bites. An ordinary sauna session concludes when the heat begins to feel uncomfortable. When this occurs, the tradition of jumping into a lake, sea, or even a swimming pool, was utilised to lessen the effects of the heat. In the winter, many find the act of rolling in the snow or even swimming in a hole cut in lake ice to be extremely invigorating going from the extremes of heat to cold.

The obverse side of the coin is designed by Erkki Vainio and features the predominant image of the quintessential sauna in the foreground. The chimneys are seen with smoke and steam rising from them, indicating their use. The design is encircled by the 12 representative stars of the European Union.


The Finnish Sauna Culture special two-euro commemorative coins are scheduled for release in the autumn of 2018 with a mintage of one million circulation strike examples. The coin will also be issued in Brilliant Uncirculated and Proof quality examples, especially for collectors. Silver €20 and €10 collector’s coins featuring the same design and subject are also scheduled for release in July.

For additional information on this coin and others available from the Mint of Finland, please visit their website.