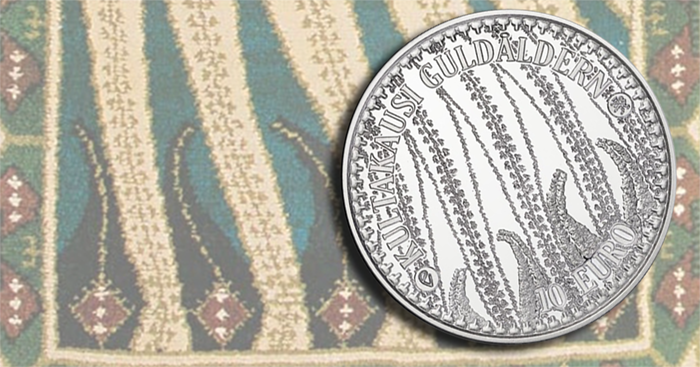 The Mint of Finland have launched (23rd January) a new silver coin that is their contribution to the Europa Star series for 2017. The design focuses on what has been termed the “Golden Age of Finnish Art,” a movement in the late 19th and early 20th centuries that was often associated with elements of Romanticism and nationalism. The artists dominant in Finland during this era drew inspiration for their masterworks from Finnish folklore, especially the Kalevala, Finland’s epic national saga. 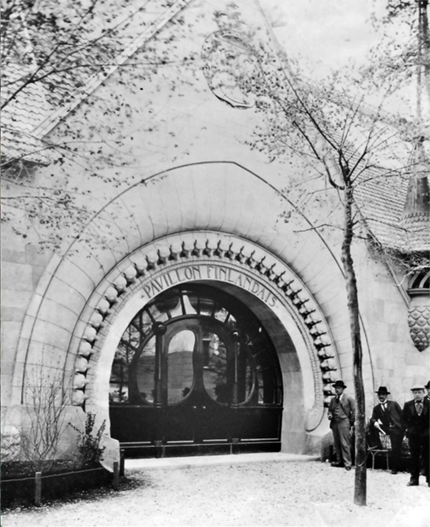 Entrance to the Finnish Pavilion at the Paris Exposition, 1900. (Wikimedia photo)

One of the Golden Age’s crowning moments was experienced at the Exposition Universelle held in Paris in 1900. The Finnish Pavilion (shown above), designed by Eliel Saarinen, Herman Geselius, and Armas Lindgren, exhibited the masterpieces of Akseli Gallen-Kallela (1865–1931, remembered in Finland as the illustrator of the Kalevala) and other renowned Finnish artists. One of Gallen-Kallela’s works on display was a “ryijy” rug—a decorative type of rug unique to Finland—titled “Liekki” (Flame). 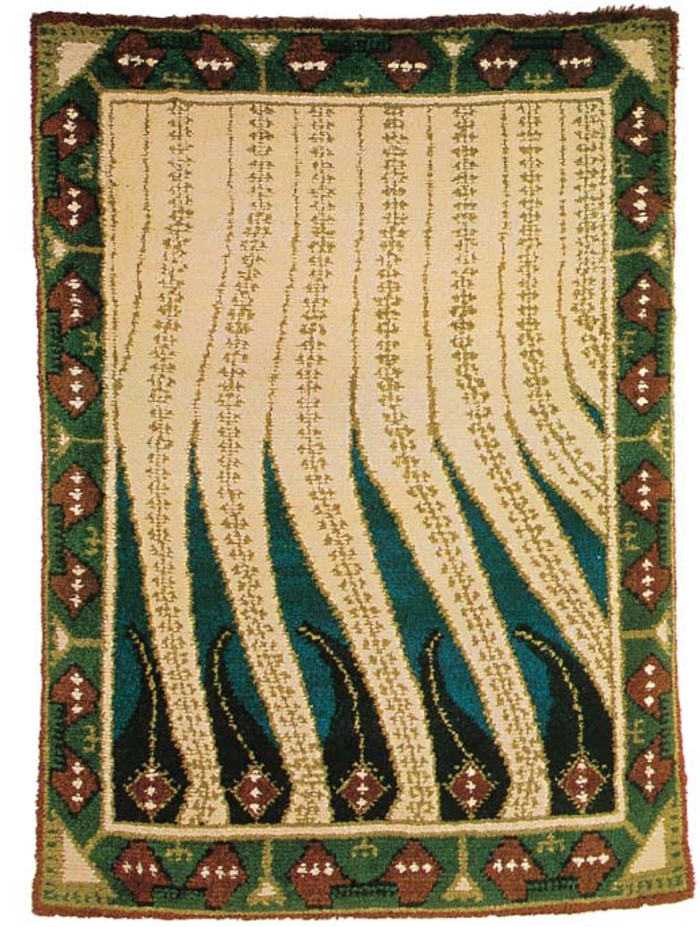 Above, “Liekki,” or “Flame,” a Finnish ryijy rug designed by Akseli Gallen-Kallela in 1899 for the Finnish Pavilion in the Paris Exposition. The rug is held in the Museum of Art and Design, Helsinki. The rug’s pattern, and that of the bear heads around the pavilion’s entrance (close-up below), are design motifs on the coin’s obverse. 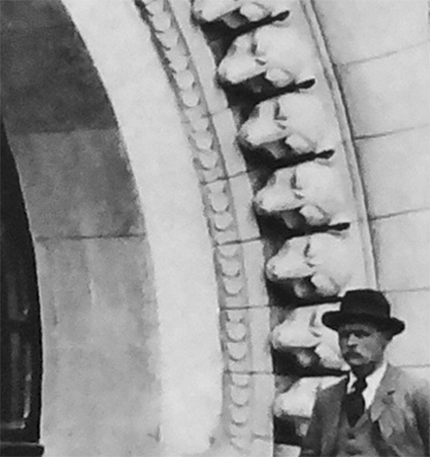 The Golden Age collector coin, designed by well-known Mint of Finland artist Erkki Vainio, pays tribute to this moment of greatness. The coin’s obverse is framed by tiny bear heads, in similar fashion to the pavilion’s entrance. Patterns from the “Liekki” rug are featured in the centre of the coin’s reverse, in the middle of the bear heads. The words KULTAKAUSI and GULDALDERN (Golden Era, in Finnish and Swedish) are placed above the primary design, with the coin’s denomination, 10 EURO, placed below.

The reverse side includes the standard design that all Europa Star coins will display. The centre of the coin depicts the star of the Europa series; and in the case of Finland, the national insignia is featured in the centre with the year of issue and the text SUOMI FINLAND around the top of the national insignia.

The collector coin is part of the Europa Star programme, in which European countries release coins with a shared theme. (France’s 2017 Europa Star designs are covered here.) In 2017, the theme is the Age of Iron and Glass. The coin is available from the 20th February.

One of a limited quantity of 100 individually numbered pieces, housed in a glass presentation case.

In addition to the regular silver Proofs, the coin is available in a limited quantity of 100 pieces that are individually numbered on the obverse and presented in custom glass cases. For more information on this and other coins offered by the Mint of Finland, please visit their website.   ❑