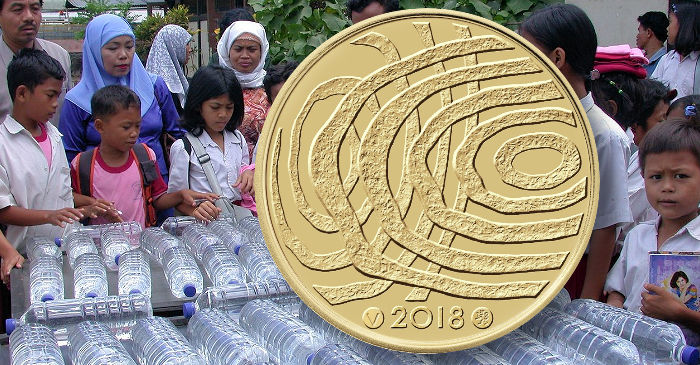 The Mint of Finland has launched (23rd May) new gold coins which focus on the future of their country, which in 2017 held year-long celebrations of Finnish independence. The world has seen this Scandinavian country emerge from a territory within the old Russian Empire into a significant democratic state which has lead the way in recent years as a moderator in international conflicts and disputes in addition to being a staunch defender of democratic principles and the rule of law. The country is also considered one of the most stable economies, not only in Europe but in the world, and is a model of social and financial stability. Finland is also a staunch supporter of ecological incentives and initiatives which pay particular attention to conservation and maintenance of the beauty of nature. As Finland looks back on last year’s celebrations on its century of independence, the coin’s concept and design ask the question, “What will the country’s next century be like?”

The new coin is the work of artist Hannu Veijalainen and is entitled “Blue Bio-Economy,” whose design highlights Finland’s current and future role as a country of clean and pristine waters and water sources. The coin’s design highlighting the water theme is significant to the country and region for several reasons.

First, is the access to clean water, which is an increasingly important consideration worldwide. Second, is the water’s sleek and smooth surface, which also functions as a mirror and is a symbolic reflection of the future. The theme represents growth, tinged with the playfulness and humour required for building the future.

Each commemorative coin is individually encapsulated and set in a custom crafted birch veneer frame manufactured by Finnish carpenter Wooden Oy. The frame is surrounded by a ribbon and the package contains a certificate of authenticity telling the story behind the commemorative coin. A limited number of just 100 coins is available, which are also individually numbered. The coin is officially released on the 12th June and the Mint of Finland is currently accepting pre-issue orders. For additional information on this coin and others available from the Mint of Finland, please visit their website.