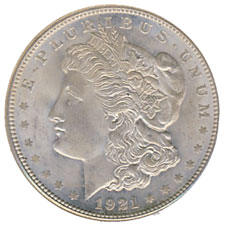 That may seem like a bargain. The retail value of those three NGC and PCGS graded silver dollars is about $140, or a savings of $60.

However, these “hammer” prices do not include buyer fees. Like many online auctions, Heritage charges a 15% buyer’s fee. Add that to the hammer price and you have the “realized” price, or $12 on an $80 purchase—still a bargain for those silver dollars, or $50 off the retail price.

In other words, the discount on these coins ended up being $11.

These were “raw” coins in flips rather than in holders from top third-party graders, as required by Heritage. In my case, each Proxibid coin was a better investment and would grade MS63 (with a toning premium) or MS64. But I would have to pay an additional $40 to put them in holders; so again, the discount on them was negligible.

Because of the cost of technology, fees are a fact of life in online numismatics. I recommend paying no more than a 15% buyer’s fee, even in auctions portals like Proxibid or icollector. (Occasionally, if I trust the dealer, I’ll pay as high as 18% in a Proxibid auction, taking into account that the dealer is also paying the portal for its services.)

But at issue is Heritage’s $14 minimum buyer’s fee. I interviewed Greg Rohan, president of the Dallas-based company’s auction galleries, about the change from a $9 to $14 minimum fee and how that might affect bidders without a lot of cash.

“Our buyers tell us they want us to offer coins under $100,” he said. In the past, sellers would set reserves or minimum prices on those coins. That practice has been discontinued.

“By the time we image the coin both obverse and reverse, $14 is about break-even,” Rohan noted.

Expert digital photography is a must in online auctions. Proxibid auctions often use blurred photos for their coins. Even high-end auction houses occasionally unintentionally misrepresent coins, trying to showcase rainbow toning or some other positive feature. I have never experienced that on Heritage, and I have purchased coins from this company for many years.

Rohan also noted that buyers can place a $1 minimum bid on coins without reserves. “We are completely transparent about our buyer’s premiums at every stage of the bidding process, because we don’t want anyone to pay more than they think a lot is worth,” he said.

I actually have won and taken many such coins to area dealers and resold them for a profit.

Nonetheless, as with those three silver dollars for $129, sometimes fees get the best of me. But I have no remorse paying them to Heritage.

I recommend the company’s online auctions because of the quality of coins, the utility of its Web site, and the transparency of its data so that bidders know wholesale and retail rates along with population reports from the top two third-party graders.

Fees also underwrite all the data that anyone who registers can access on the Heritage site, including its archives of 1.1 million coins and their realized prices over the years. In fact, when I resell coins to my local dealer, he checks Heritage’s archives rather than his Coin Dealer Newsletter.

Now that’s a testament to transparency!