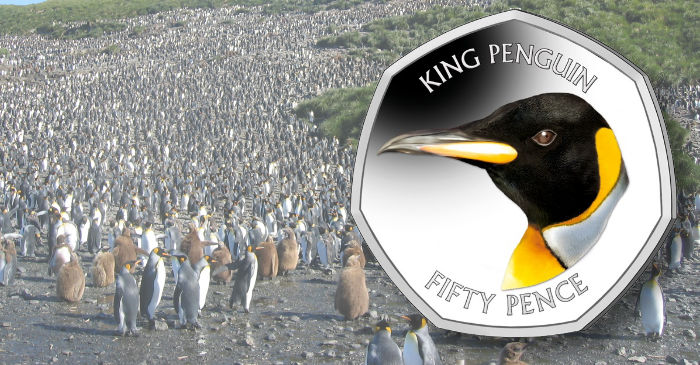 The government and treasury of the Falkland Islands have issued (5th September) the third coin which is part of an overall five-coin set featuring one of the planet’s most curious and unique species of bird, the penguin. The Falkland Islands have become known as the penguin capital of the world. The five breeds of penguin that are featured on this new series are resident on the islands at some point during the course of the year.

Featured on the newest coin is the king penguin, which is the second largest penguin species in the world with an overall population estimated at 1.2 million. In the Falkland Islands, there are more than 1,000 breeding adults and over 500 chicks that are raised each year. Juveniles are covered in brown fluffy plumage and often appear larger than their parents. As the chicks are reared, both parents see to their chick’s upbringing and share feeding responsibilities as well as protecting their offspring from predators, and other penguins, who can sometimes try to steal eggs or chicks. Hatchling and juvenile penguins are wholly dependent on their parents for their survival until they are old enough to fend for themselves, learning survival skills from their parents and carrying this on to the next generation. It is thought that the Falklands king penguin population expansion may be due to overcrowding further south on the islands of South Georgia. 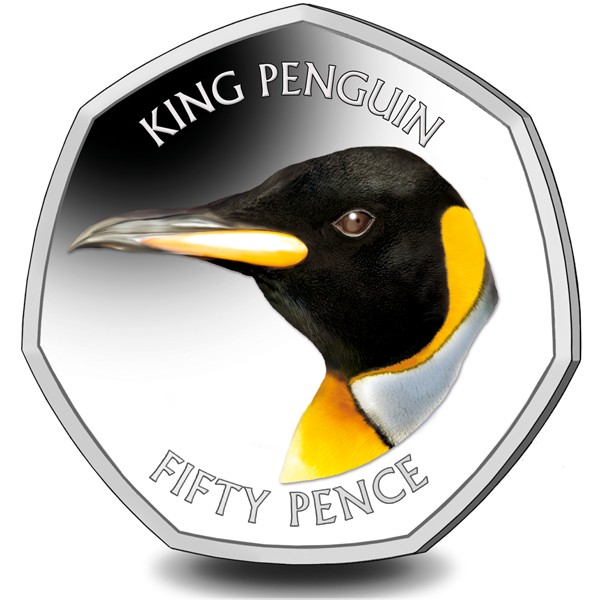 The coin features a headshot of a king penguin shown in glorious colour, which really highlights the broad cheek patch contrasting with surrounding dark feathers and yellow-orange colour at the top of the chest that they are known for. 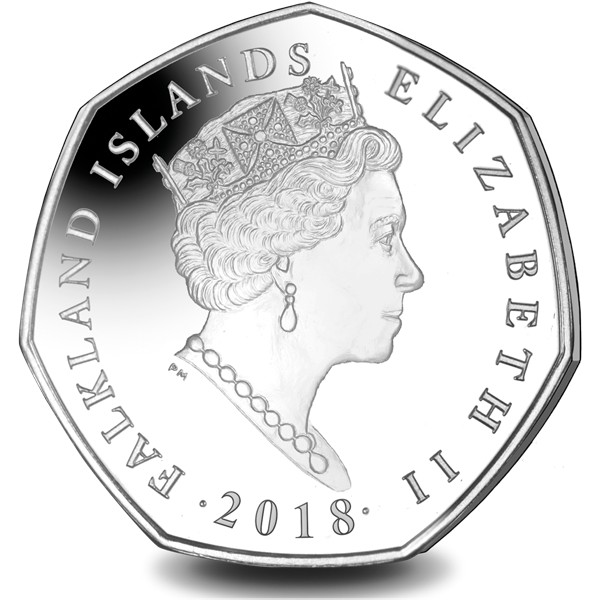 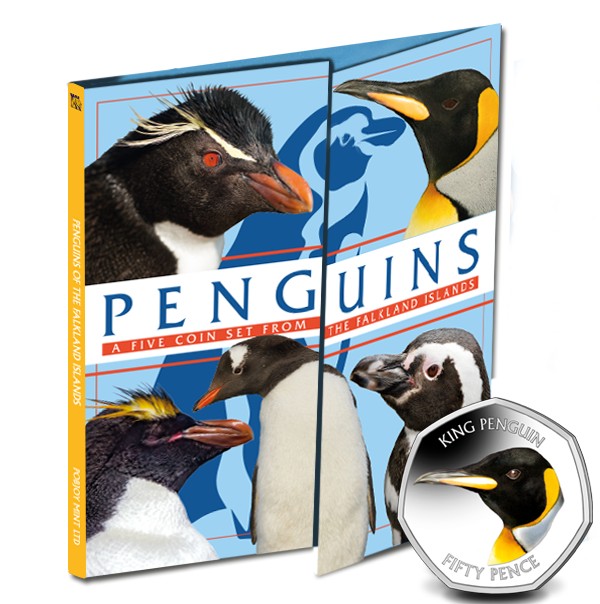 The latest coins in the series are due for delivery on the 18th September and pre-issue orders are now being accepted. A collector’s album to hold the new series of five coins is set against a beautiful image of a group of king penguins, which also includes information on each breed and gives important facts about the individual penguins included in the set. Additional breeds of penguins included in the 2018-dated series will be the Magellanic and southern rockhopper. For more information about this coin and others issued by the treasury of the Falkland Islands, please visit the website of the Pobjoy Mint.