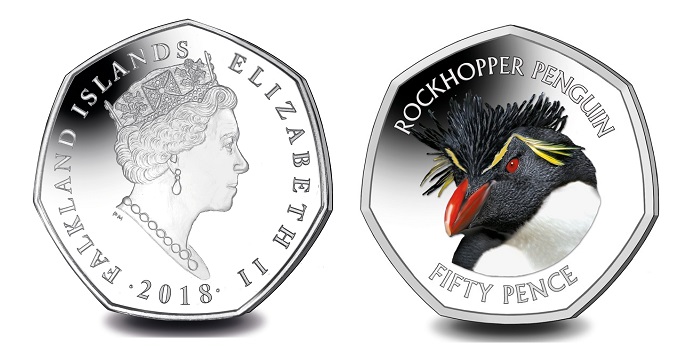 The government and treasury of the Falkland Islands have issued (19th October) the fifth and final coin which is part of an overall five-coin set featuring one of the planet’s most curious and unique species of bird, the penguin. This new series of coins, which debuted in August, features close-up headshots of the five penguins that inhabit the Falkland Islands, each shown in glorious colour to enhance the detail. Saved for the last in the series to appear is the smallest and most agile penguin in the Falkland Islands, the southern rockhopper. Easily recognisable with its straight thin yellow eyebrows with yellow plumes hanging above and behind the eyes, these gregarious marine birds are among the world’s smallest penguins, standing about 20 inches tall. They have blood-red eyes, a red-orange beak, and pink webbed feet.

There is little doubt about this particular penguin’s preferred habitat, in terms of its name. Rockhoppers are found bounding rather than waddling, as most other penguins do among the craggy, windswept shorelines of the islands north of Antarctica from Chile to New Zealand. Unlike other breeds of penguin that get around obstacles by sliding or awkwardly climbing, rockhoppers will try and jump over boulders and across cracks.

During the annual breeding season, rockhoppers will make the trek and gather in vast, noisy colonies in the hundreds of thousands and construct burrows in the tall grasses near the shoreline. They will return to the same breeding ground, often to the same nest each year, and usually seek out their previous year’s mate. As both parents take turn incubating the eggs, they will aggressively defend their potential chick by pecking at anything big or small that may stray too close.

Rockhoppers are capable of diving up to 330 feet in pursuit of a diet of fish, crustaceans, squid, and krill — which are normally found in more shallow waters. The southern rockhopper penguin group are two subspecies of rockhopper penguin which together are sometimes considered distinct from the northern rockhopper penguin. Sadly, the breed is classified as vulnerable by the International Union for Conservation of Nature with the population declining by a third in the last three decades. Much of the decline is due to commercial over-fishing, pollution, and other factors that have cut the penguins’ numbers dramatically. 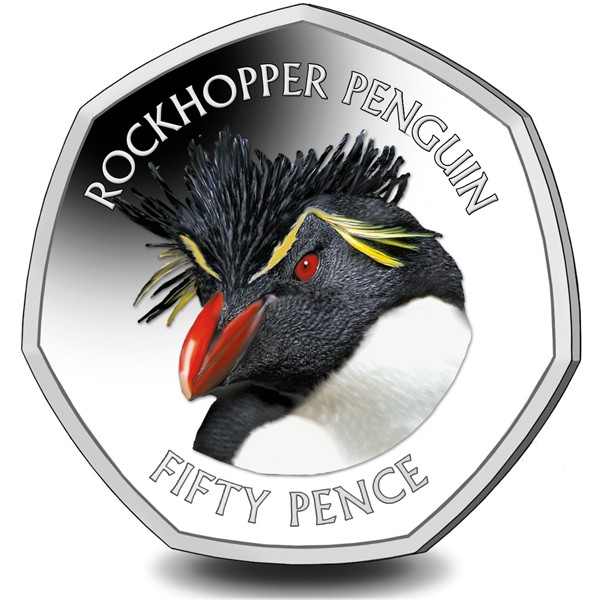 The coin is produced by the Pobjoy Mint at their facilities in Surrey, on behalf of the treasury of the Falkland Islands. The reverse design features a headshot of this gregarious penguin in full colour, highlighting its special plumage. 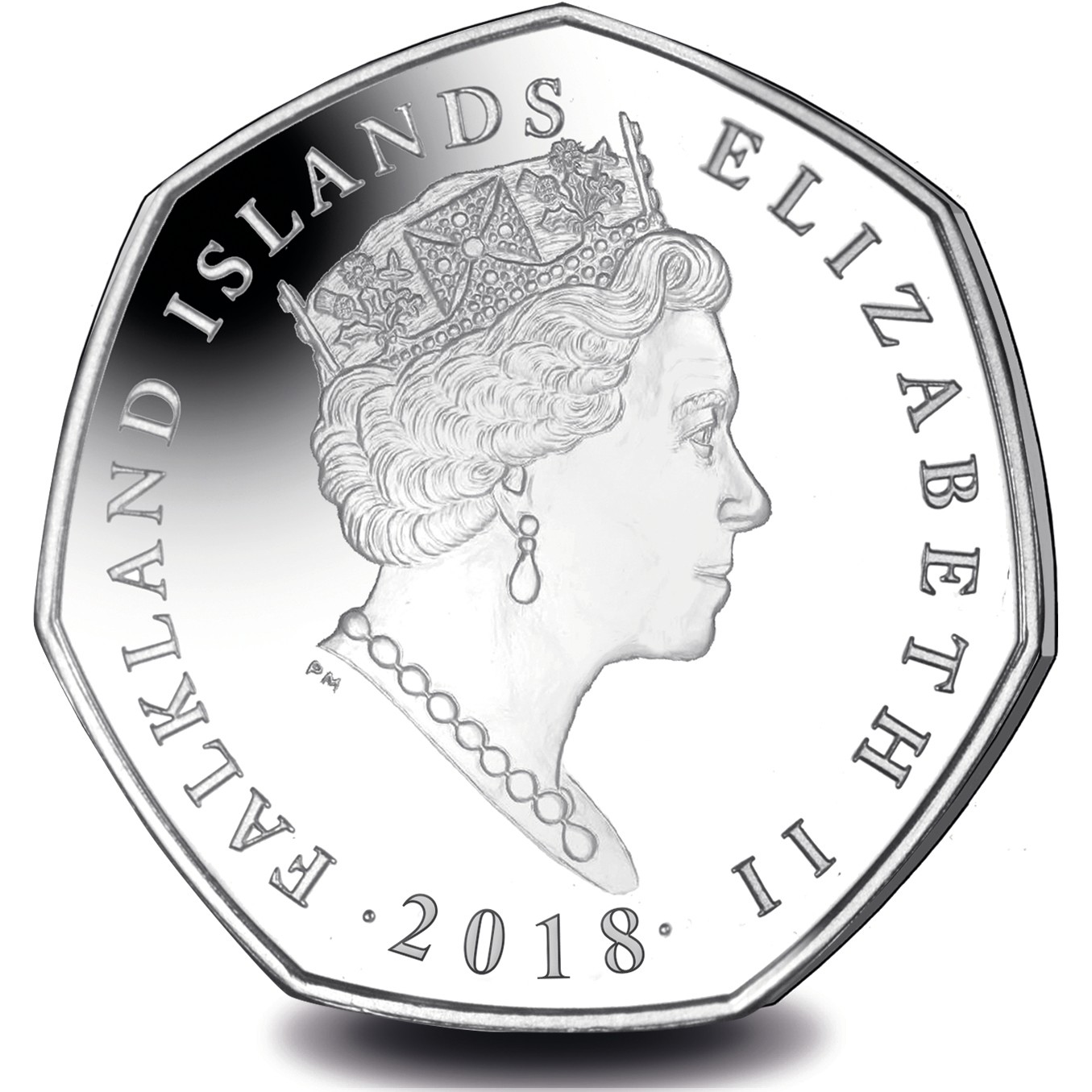 The obverse of the coin features an effigy of HM Queen Elizabeth II, which is an exclusive design of the Pobjoy Mint. 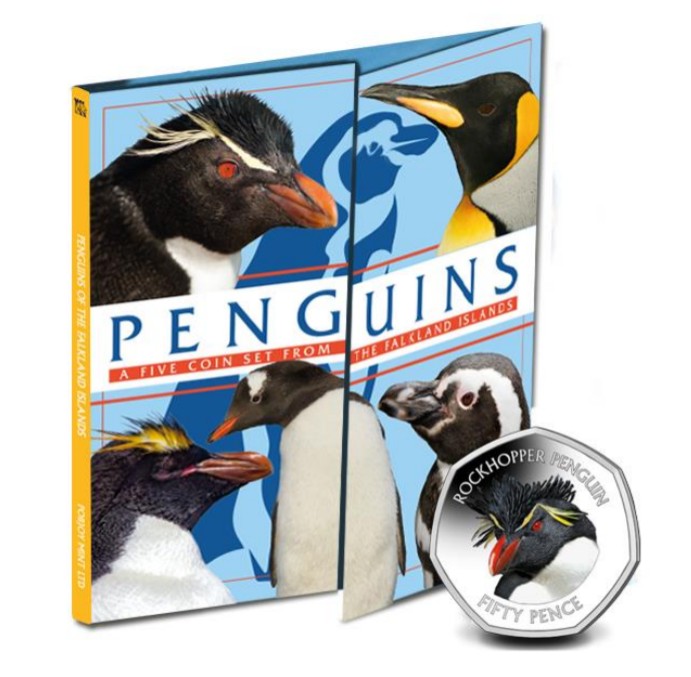 The last coin in this popular series is due for delivery on the 8th November, and pre-issue orders are now being accepted. A collector’s album to hold the new series of five coins is set against a beautiful image of a group of king penguins, which also includes information on each breed and gives important facts about the individual penguins included in the set. For more information about this coin and others issued from the treasury of the Falkland Islands, please visit the website of the Pobjoy Mint.