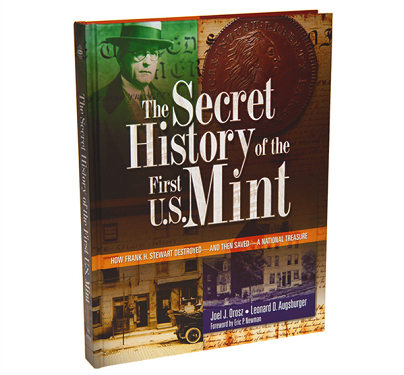 It seems like just yesterday, but it’s been more than five years! On January 6, 2011, at the Florida United Numismatists (FUN) Show in Tampa, Whitman Publishing released The Secret History of the First U.S. Mint: How Frank H. Stewart Destroyed—And Then Saved—A National Treasure. The 336-page hardcover would go on to win the prestigious “Book of the Year” award from the Numismatic Literary Guild.

If you haven’t read Secret History yet, head to your favorite bookseller or visit your local library; you can also borrow it for free from the Dwight N. Manley Numismatic Library if you’re a member of the American Numismatic Association.

This remarkable tale is ripped from the headlines of early 20th-century Philadelphia, and Frank H. Stewart is both its hero and its villain. Stewart was a study in contrasts: a high-school dropout who wrote the definitive history of our nation’s first coin factory; by no means an art connoisseur, and yet he commissioned famous artists to paint unforgettable images of the first U.S. Mint. A poor boy made good, Stewart bought the old Mint, labored to preserve it, and failed in the most dramatic way possible. Could his later acts of commemoration redeem his failures in preservation?

The Secret History of the First U.S. Mint tells, for the first time, the full story of the paradoxical Frank H. Stewart and his self-appointed life’s mission to celebrate an irreplaceable slice of Philadelphia’s—and our nation’s—heritage. It’s a tour-de-force work of scholarship that sets straight long-misunderstood Mint history.

Award-winning authors Joel Orosz and Leonard Augsburger filled their manuscript with dozens of sketches, paintings, and photographs of the first Mint that have been preserved in archival collections for decades, and hadn’t been seen by living numismatists until Secret History was published.

Here’s what reviewers have said about The Secret History of the First U.S. Mint:

“What makes the Frank Stewart story so amazing is that it’s not fiction. Like history detectives, the authors unearth long-buried facts, brilliantly connect past and present, and take a sledgehammer to age-old myths and misunderstandings about Philadelphia and the first U.S. Mint.” — Q. David Bowers

“Orosz and Augsburger have achieved an unusual feat: the telling of a fresh and exciting narrative that relies entirely on original sources. Their ability to track down unknown archives and materials places this work in rare company. It is engrossing as literature, and unimpeachable as history.” — John Kraljevich

“Joel Orosz and Len Augsburger have researched and assembled a fantastic book. The material can be read on multiple levels of interest. There is something for almost every coin collector. It’s also a wonderful resource for educators and libraries. I can personally attest to the diligence and attention that went into The Secret History of the First U.S. Mint, and I have nothing but praise for the authors, their work, and Whitman’s publication quality.” — Roger W. Burdette

“Frankly, this is the ideal gift for the coin collector at any level of sophistication or of any collecting means.” — Roger W. Burdette

Sample pages from The Secret History of the First U.S. Mint : 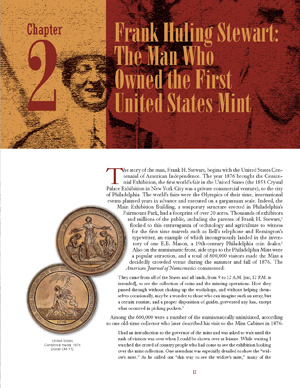 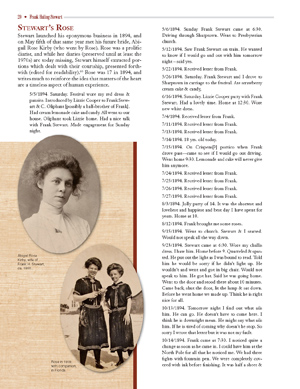 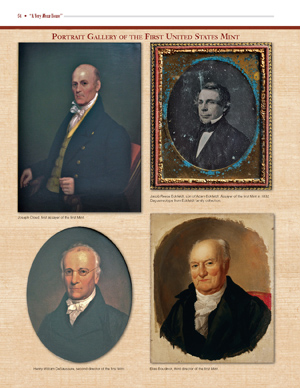 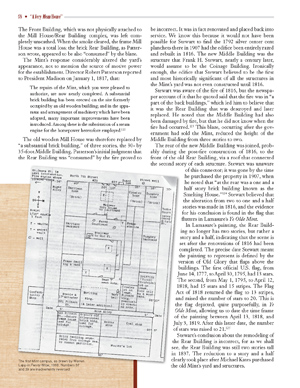 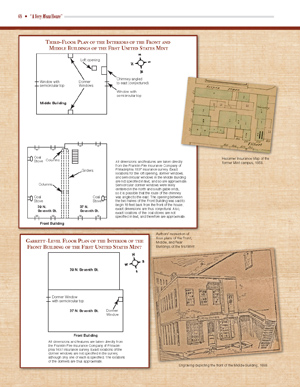 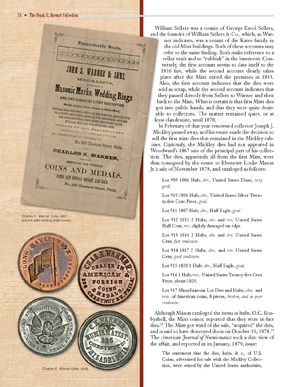 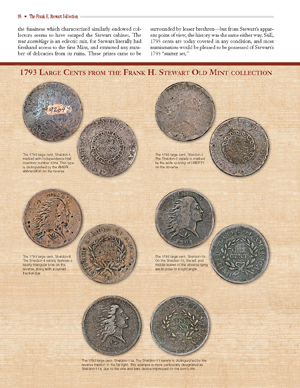 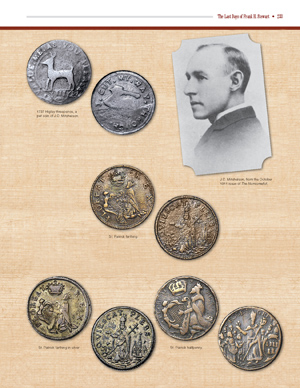