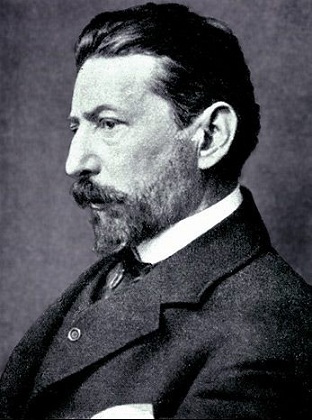 The National Bank of Hungary has issued a new coin honoring the 150th anniversary of the birth of one of Hungary’s leading architects from the era of the Austro-Hungarian Empire. Visitors to both Budapest and Vienna often marvel at the exquisite and ornate edifices on structures built during this time, which was known for its intricate and detailed designs. Hungary in particular benefited from a great number of imaginative and prolific architects and interior designers during this era.

One such designer was Miksa Róth (1865 – 1944), a respected artist of the Imre Steindl Guild, whose work in the stained and artisan glass industry is treasured for its artistry and seen as the standard of expertise and craftsmanship in the field.

Both of Miksa Róth’s parents were glassworkers, and he learned the trade in the family’s workshop from an early age. He once said that he had not only learned to love glass, but to respect it as a noble material. He perfected his skills in Germany, France, and England, and learned the art of mosaics in Italy. He experimented with the use of eozin-glazed elements by Zsolnay and with opalescent Tiffany-style glass in mosaics. He also patented a special type of cement-board for movable mosaics, developing the free-contour mosaic technology and the method of creating unlit glass mosaics. Róth’s work was initially influenced by Historicism, and later by the Secessionist school and Art Deco. In 1885, he founded his “independent glass painting art institute.” 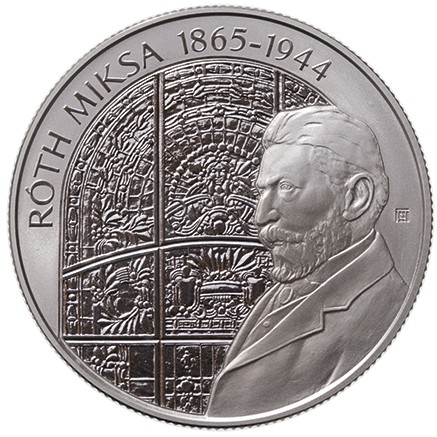 One of Roth’s great commissions was the main stair hall and the Art Nouveau glass windows in what was the newly authorized Austro-Hungarian Bank, founded in 1878.

Originally located on József Nádor Street, plans for a larger headquarters were announced after the turn of the century. The chosen site on Szabadság Street had been the location of a notorious prison; an adjacent lot would house the new Stock Exchange. The jury unanimously chose the plans of renowned architect Ignác Alpár and construction on the headquarters of the central bank took place from 1902 to 1905. 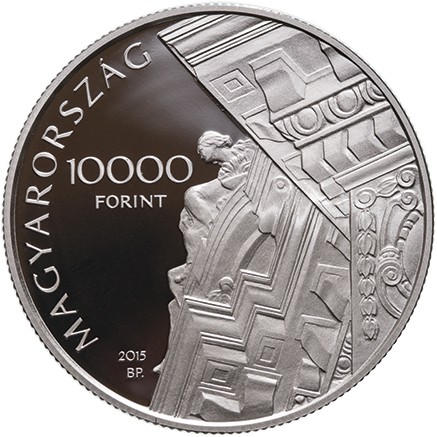 The builders, craftsmen, artists, smiths, and master joiners working on the project were members of the Steindl Guild, headed by Ignác Alpár. The building’s rich interior was designed by some of Hungary’s most well-known artisans, with special attention paid to the interior statuary work, the wrought-iron work, the interior design of the grand council hall (today known as the Lamfalussy-hall), and the carved doors. Differing slightly from the original building plans, the bank building’s stark, robust, monumental façade is a defining element of today’s Szabadság Street, along with the Stock Exchange, also designed by Alpár.

Miksa Róth’s massive leaded glass windows harmonize perfectly with the Bank’s august interior. In addition to the grand mosaic windows of the Hungarian National Bank, his works are found in the Parliament building, the Gresham Palace, the Music Academy, the National Archives, and at the Benedictine Abbey of Pannonhalma. One of his most important foreign projects was the glass cupola of the Teatro Nacional in Mexico City. Róth died in June of 1944 in Budapest, as the country was embroiled in the Second World War. He was 79 years old.

The coins, designed by Zoltán Tóth, are struck by the Mint of Hungary in Budapest and are issued in both sterling silver and base metal; the two versions share a common design. The obverse side includes a familiar portrait of Róth facing left, with the rich Secessionist-style stained glass windows of the Bank’s headquarters featured just behind the portrait. The text “RÓTH MIKSA 1865-1944” is placed around the upper half of the coin, around the primary design.

The reverse design includes one of the exterior friezes of this iconic building, along with the coin’s denomination, and MAGYARORSZAG.

The coins also mark the 110th anniversary of the building’s 1905 inauguration. Each versions can be purchased individually from the National Bank and the Mint of Hungary. For more information on these and other coins issued from the National Bank, please visit the Web site of the Mint of Hungary. Information is offered in English and Hungarian, with international orders dispatched where applicable.