The second note in the series referred to as “Europa” – since many of the security elements carry an image of the Greek mythical Goddess Europa – was launched at the ECB’s headquarters in Frankfurt to a full house of international reporters & press including the head of the ECB’s Banknotes department, Ton Roos. The ECB’s Executive Board member Yves Mersch played host to the proceedings and after a short video (http://www.new-euro-banknotes.eu/News-Events/Events/UNVEILING-OF-THE-NEW-€10) highlighting the new security elements and overall new look, he introduced the new revised €10 note to the waiting media.

The new note, like its predecessor or 2002 series, retains the primary designs of the Romanesque architecture seen on the obverse and the theme of bridges on the reverse. However, both sides are noticeably different as they have been given an updated look which also incorporates important additions such as the Cyrillic alphabet of the word “EURO” as well as additional initials of ECB to represent new languages spoken in the increased EURO-zone since 2002. The note’s color – while retaining the red shades, is now more vivid and the colors are noticeably deeper with more depth given to the primary designs of the arch on the obverse side and the bridge on the reverse. 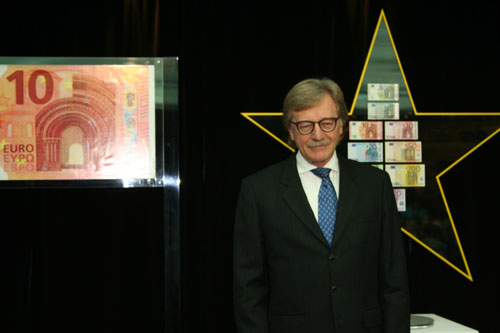 In his opening comments, Mr. Mersch noted that the number of Europeans in the EURO-zone now numbered more than 334 million users spanning from just about every corner of the European continent. Currently, the ECB states that there are more than two billion €10 notes in circulation together with nearly fifteen billion EURO notes in total representing a value of over nine hundred billion euro. Mr. Mersch also mentioned and welcomed the EURO-zone’s newest member as Latvia introduced the EURO on the 1st of January – retiring their legacy currency, the Lats, and becoming the 18th EU member state to do so. Mr. Mersch also reiterated the ECB’s commitment to including the €500 denomination despite the criticism from various law enforcement agencies that the note is the chosen denomination by organized crime for the ease of movement of illegal proceeds.

As the note was unveiled, the date for its release was also announced as the 23rd September, with enough time allotted to retailers, cash-handling services and last but not least, banknote production facilities to fulfill the requirements to the public for the note, perhaps taking into consideration, and being a bit wary of the errors made by the Federal Reserve and their initial launch of the most recent $100 note. 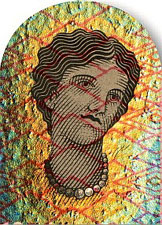 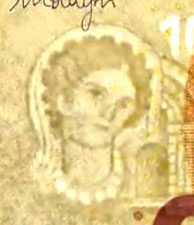 Aside from including the note’s year of introduction of “2014” in the upper left corner, the note also includes the signature of the current ECB president, Mario Draghi seen just under the EU flag. The new security features added to the note include the new hologram strip seen on the obverse and positioned to the right edge, this has been revised to combine an image of the Goddess Europa and also alternating images of the arch, the denomination and the initials “ECB”. A new bold numeral also seen on the obverse and below the watermark field is applied using a color-shifting application which changes color from an emerald green to a deep blue when tilted. The new watermark is also updated and once again, Europa’s image is utilized for this purpose, replacing the arch image seen on the obverse and used on the 2002 series.

The ECB have also specifically highlighted during their presentation & unveiling, that a more durable protective coating – also part of the improved security elements has been used in order to extend the note’s life and usability. The new note was introduced as the ECB’s bi-annual report on counterfeiting was released. The report showed there were 353,000 notes brought to the attention of the ECB by various law enforcement agencies, representing an 11.4 percent increase from the first half of 2013. The report also shows the €20 and €50 denominations are the most widely counterfeited notes. 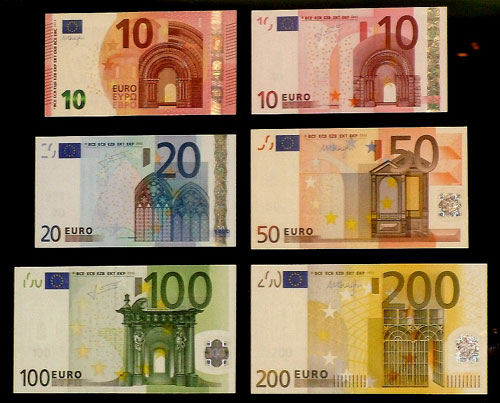 The ECB have reiterated that the remaining five notes – including the €500 denomination – are scheduled for updating in the same manner over the next five years, in order of their value.

For more information on the new €10 and the currently circulating notes within the EURO-zone, please visit the ECB’s website at: http://www.new-euro-banknotes.eu/ The information is offered in all official EU member state languages.