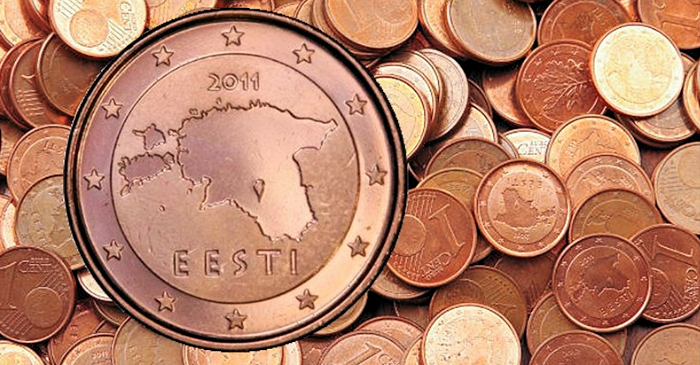 The Bank of Estonia has announced that they have ordered 10 million one-cent coins from the Kremnica Mint in Slovakia to meet the needs of merchants for low-value euro-cent coins to use with cash payments in the years ahead. As Estonians readily circulate five-cent coins and larger denominations routinely, the bank deems there are sufficient quantities of the other six denominations to meet the demands of the public.

The denominations, ranging from five-euro cents to €2, are reported to be in sufficient quantity by the Central Bank and that there is no need to order new supplies of these coins every year. An average of two truckloads of new one and two-cent coins are brought to Estonia every year. As with many countries which are part of the euro-zone, people receive the two smaller coin values in cash transactions and do not re-circulate them, but instead bank larger quantities or simply save them up. The reason for this is that throughout much of the euro-zone, the one and two-euro cent coins have little or no buying power alone.

The Bank of Estonia, which introduced the single currency into use in Estonia in 2011, has started a discussion about whether the circulation of one and two-cent coins should be limited or discontinued and if rounding prices to the nearest five cents should be introduced. The rule does not propose that individual items for sale or services should be either rounded up or down, but rather the final total at the point of sale would be affected, and only for cash purchases. Studies have shown that experiences from other countries who have put this practise in place has indicated that rounding up or down does not exponentially raise prices overall, but it is effective in substantially reducing the use of one and two-cent coins. A euro-barometer survey carried out last year showed that 71% of Estonian consumers support the idea of introducing rounding rules. The one-euro cent coin is equal in exchange to the previous 15.5 senti and the two-euro cent coins equivalent to 31 senti. At the time of the euro changeover, the smallest Estonian coin based on the kroon currency was 10 senti. The new consignment of 10 million one-euro cent coins equates to just 7.5 coins for the whole of the country’s population of 1,324,000.

For additional information about the coins and banknotes in circulation in Estonia, please visit their website.