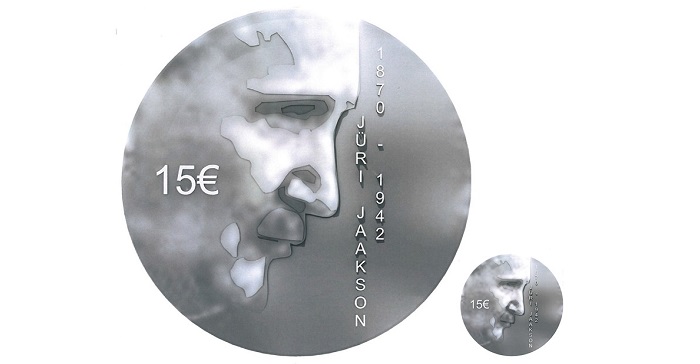 The Bank of Estonia has unveiled (17th June) the successfully submitted design for planned €15 silver coins to mark the 150th anniversary of the birth of Estonian statesman Juri Jaakson (1870–1942), who emerged as a prominent figure before and after Estonian independence in 1918. During the outbreak of the Second World War, and while in the position of president of the Bank of Estonia, Jaakson was arrested by the occupying Soviet authorities and imprisoned on the 14th June 1941. He was summarily sentenced to exile near Ekaterinburg and sentenced to death because of what was described as “counterrevolutionary activities.” Jaakson was executed by firing squad on the 20th April 1942. His final resting place is unknown.

The design of the €15 silver crown coin, which will be issued next year, is the work of artists Anna Roomet, Risto Tali, and Rait Siska. Risto Tali is a teacher of crafts and an artist working in metal at the Estonian Academy of Arts (EKA). Rait Siska is an animator and artist in metal at the EKA. Both men are well-known artists in metal, who have produced numerous works of art that have been in competitions and exhibitions. Anna Roomet has a master’s degree in product design from the EKA and previously worked as a designer at the Taikonaut product design company. She has more recently worked in design management at various companies.

The design depicts Jaakson utilising a modern approach or style portrait and works the profile of Jüri Jaakson on multiple levels. The vertical commemorative text includes Jaakson’s name and the years of his birth and death. 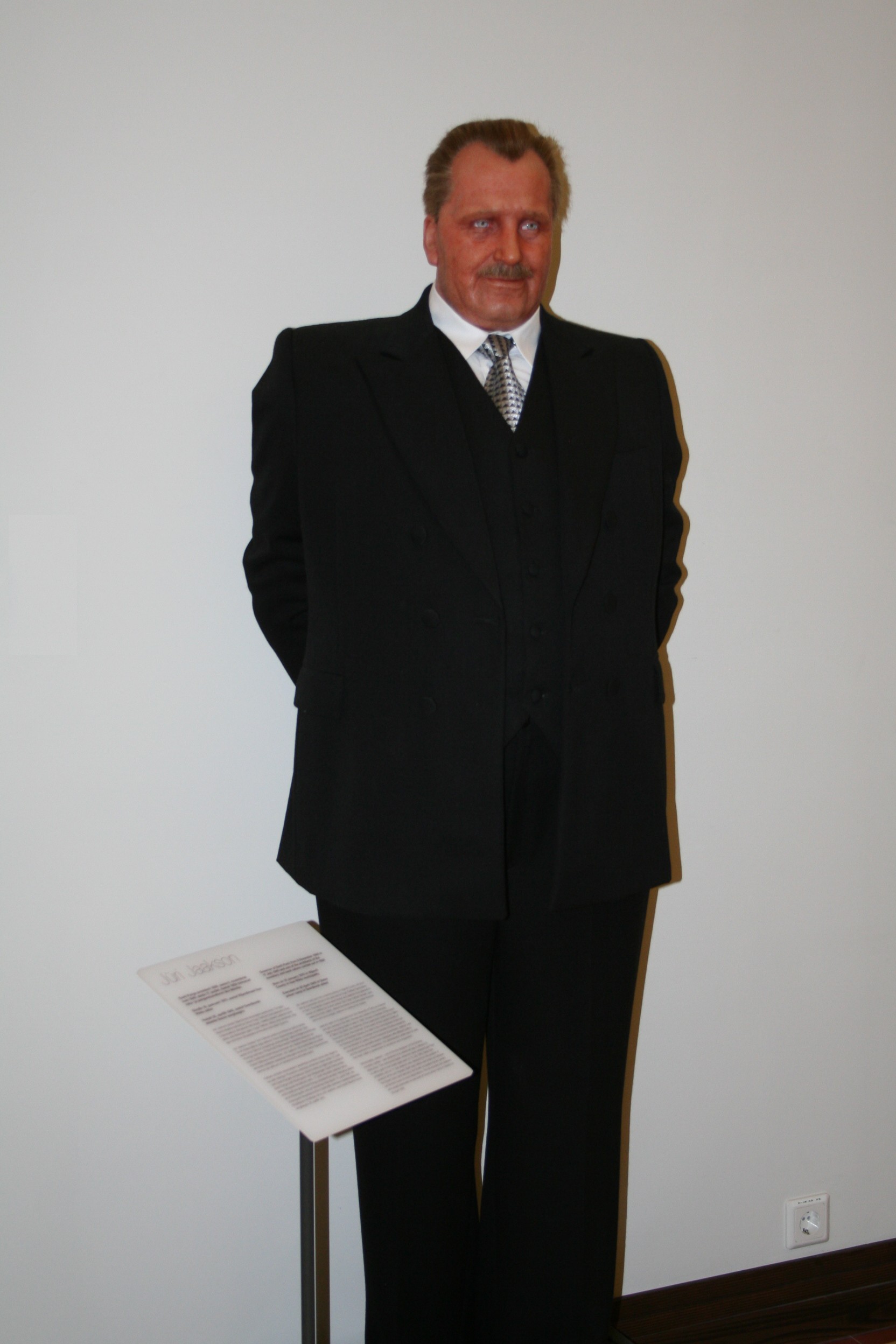 A life-size wax figure of Juri Jaakson is on display at the Museum of the Bank of Estonia.