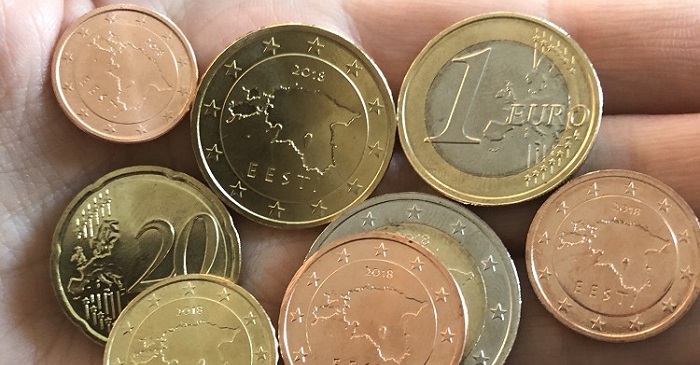 The Bank of Estonia has announced (16th July) that they are releasing new 2018-dated circulating euro coins which include all of the currently circulating denominations from one cent to two-euro values. Prior to these newly dated coins, the majority of Estonian coins minted for circulation were dated “2011,” the year Estonia adopted the single currency. A further consignment of one, two, five and 20-cent coins produced at the Mint of Finland were dated “2017.” The numerous coins produced in time for the introduction of the euro on the 1st January 2011, lasted for the past seven years and enabled the central bank to exhaust this supply.

The Bank of Estonia reports that an average of two truckloads of one and two-cent coins are issued each year because the public receives them as change in ordinary transactions, but rarely use them again, and this phenomenon is seen in many countries within the euro-zone area. It is this particular reason that the central bank believes it is now time to talk about reducing the use of one and two-cent coins in the Estonian economy. The Bank of Estonia initiated this discussion at the beginning of 2018 and outlined a pricing system of “rounding” purchases which are paid by cash to the nearest five cents.

Recent opinion surveys have shown that more than half of the people in Estonia would support the introduction of the rules on rounding. The survey of the payment behaviour of Estonian households in September 2017 found that 57% of people were in favour of rounding, 33% were opposed, and 10% could not say.


Earlier this year, the Eesti Pank released 485,000 two-euro commemorative coins with a special design dedicated to the centenary of independence of all three Baltic States, while 1,312,800 coins were minted to celebrate the centenary anniversary of independence of the Republic of Estonia. Altogether 15,500,000 two, five, and 20-cent coins will be minted by the end of the year.

Small amounts of new coins can be purchased by collectors over the coming weeks from the Eesti Pank (Bank of Estonia) museum shop and the Omniva online shop, which is the parent company that operates Estonia’s postal service.