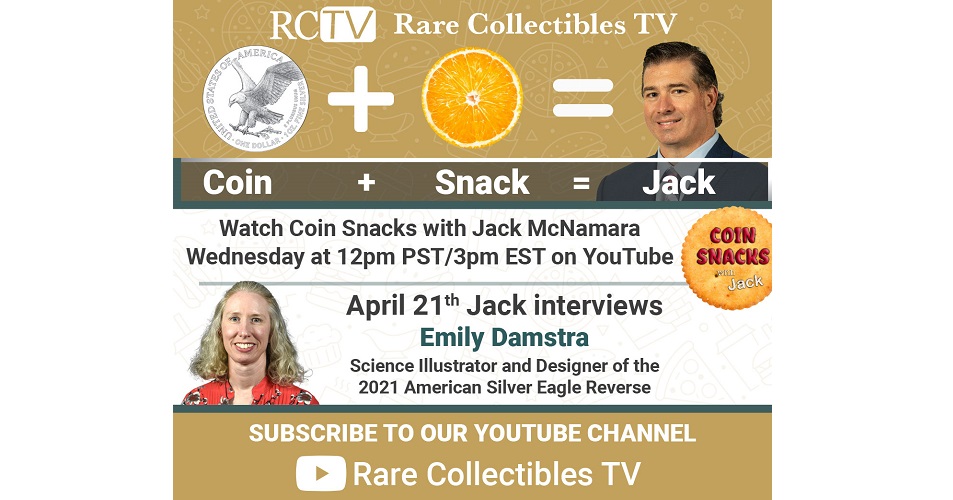 Emily S. Damstra, coin & medal designer and science illustrator, is scheduled to appear on an episode of Coin Snacks with Jack premiering April 21. 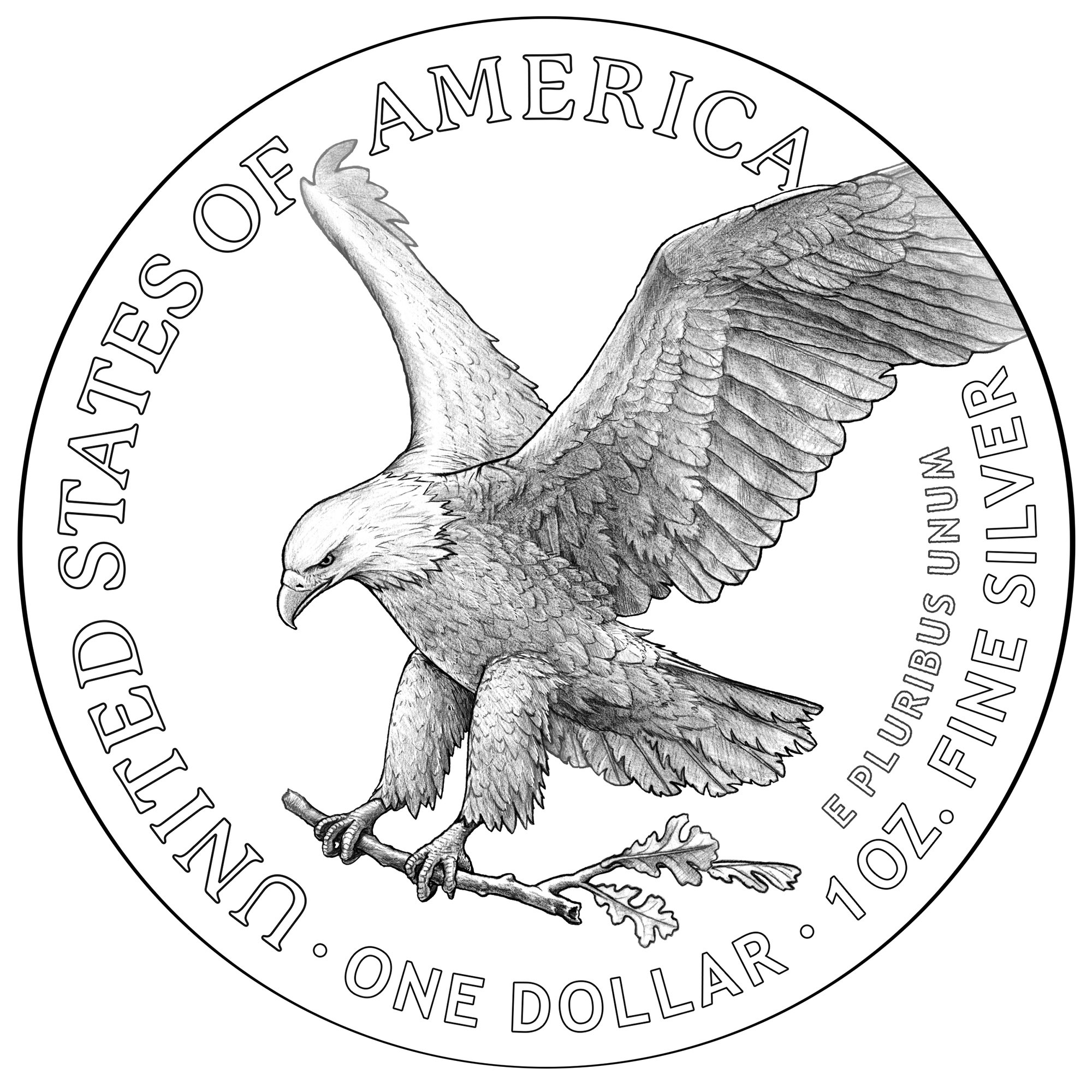 An accomplished artist and illustrator, Damstra created a remarkable new design that will be released on the iconic American Silver Eagle coin this summer. Additionally, Damstra’s designs have been featured on a number of other United States coins, including the reverse of the just-released 2021 Christa McAuliffe commemorative dollar. 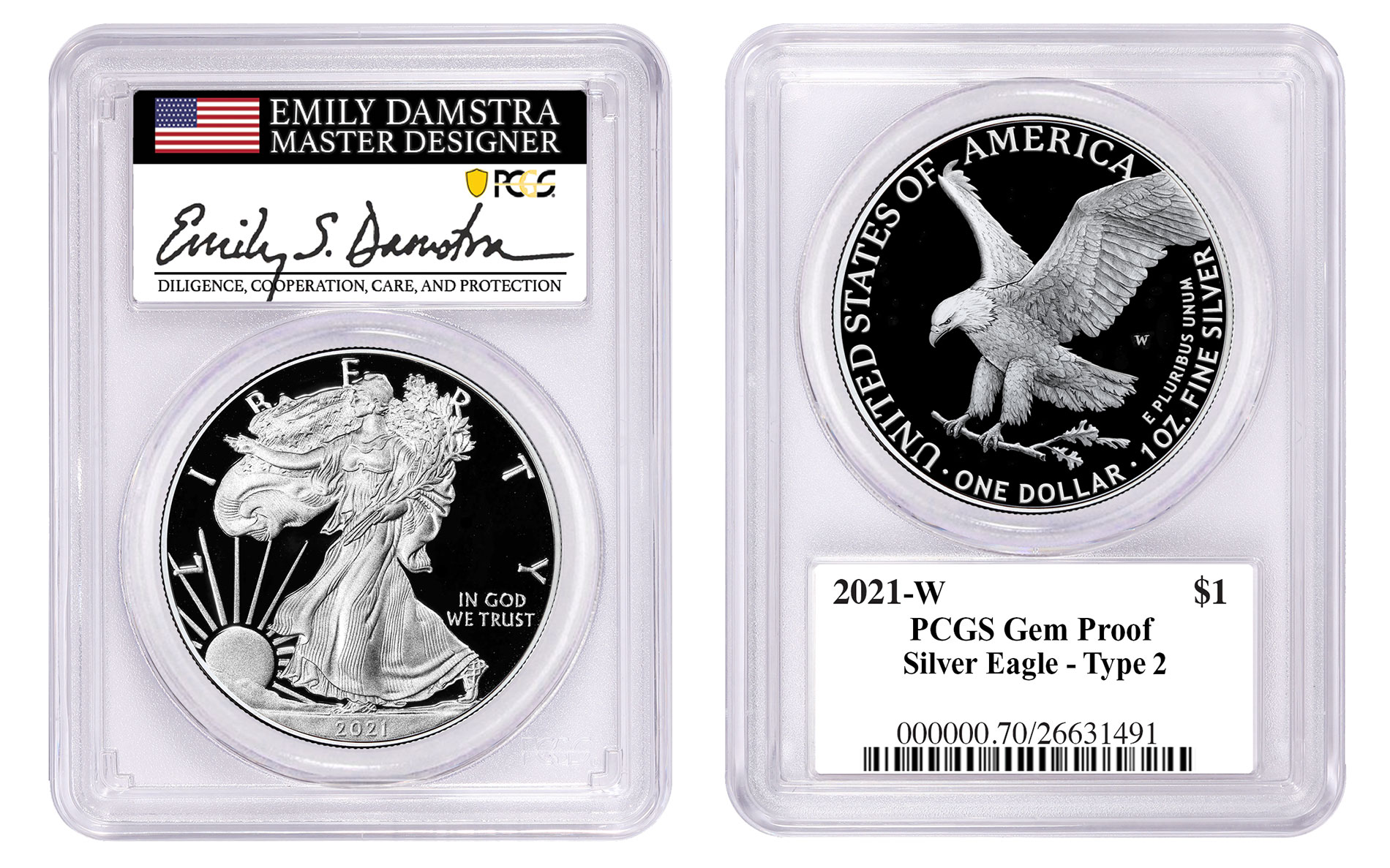 2021 Type II American Silver Eagles certified by PCGS and signed by Emily Damstra — the artist who designed the reverse.

Rare Collectibles TV is the dream of two lifelong numismatists, Rick Tomaska and Jack McNamara. As children, these two men began their journeys into the world of coin collecting and have never looked back. In order to bring his expertise to the community, Rick began his first business in 1981. Shortly after that, he made his impact on the numismatic world with his books on cameo coins and Franklin and Kennedy half dollars. Jack’s interest in numismatics runs in the family, dating all the way back to his great grandfather, who was a coin dealer in the 1800s. The hobby was passed down all the way until it reached Jack, who became one of the country’s top coin buyers at the legendary Stack’s auction house. In 2014, Rick and Jack came together to create Rare Collectibles TV. Now, they work tirelessly to pass high-quality coins at great values to collectors across the country.