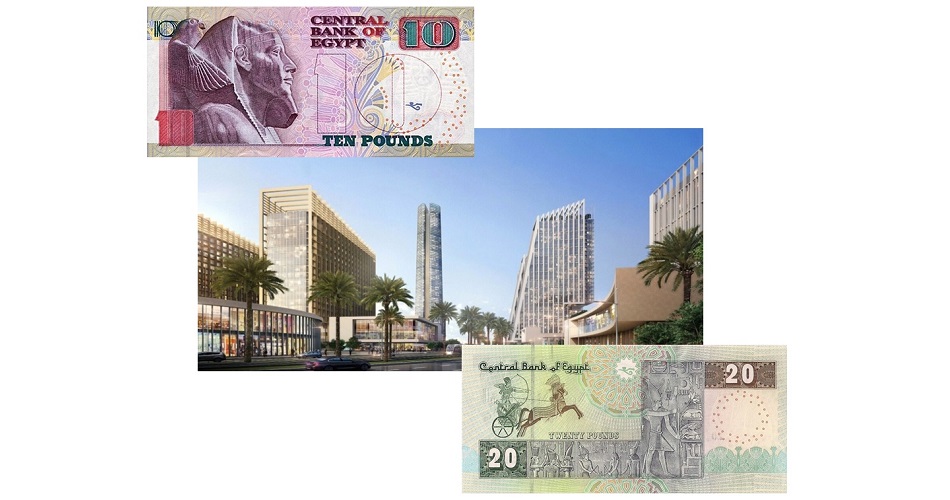 The governor of the Central Bank of Egypt has confirmed (10th September) they will begin to print Egyptian pound banknotes on polymer from the beginning of 2021. Central Bank Governor Tarek Amer confirmed in a televised interview discussing the economic conditions in Egypt during the Wuhan Flu pandemic; he clarified plans to begin printing new polymer banknotes beginning with denominations of 10 pounds (U.S. $0.63) and 20 pounds (U.S. $1.27) and will start to do so starting next year. 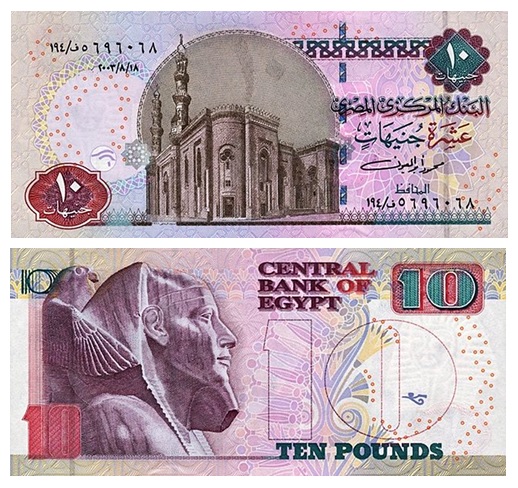 Governor Amer commented that the new notes are transitioning onto a new material as these denominations endure frequent use, adding that the new version notes will be issued after the government moves its headquarters to Egypt’s New Administrative Capital (NAC) east of Cairo. The NAC is an ongoing project proposed by President Abdel Fattah Al-Sisi, who gained power in 2014, and was approved in 2015 with an earmarked five-year $58 billion construction cost, getting underway in 2017. 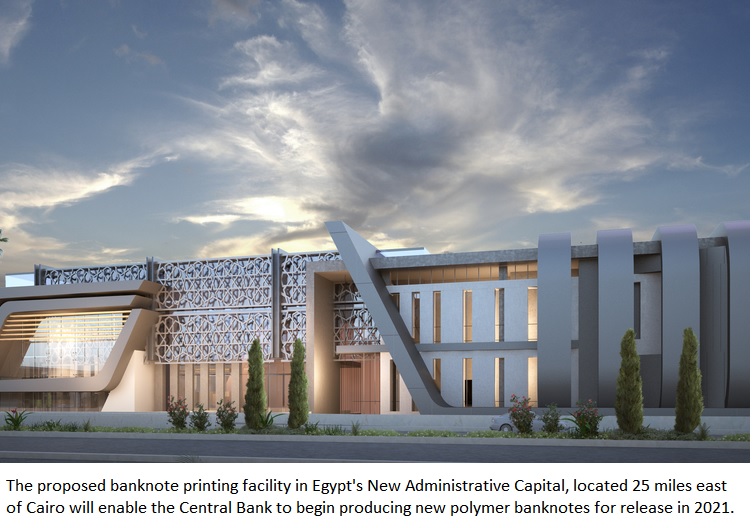 In July of this year, the Central Bank’s Deputy Governor of the Central Bank, Gamal Negm, advised Egyptians of the background of polymer banknotes explaining that so-called plastic currency is only different from paper banknotes in terms of their durability. The 10 and 20-pound denominations would be produced out of polymeric material, and there is no difference in their value or legal tender status. The Central Bank cited studies carried out by various countries whose banks transitioned from paper to polymer notes. Polymer banknotes reportedly last about 2.5 times longer than paper notes, although they take longer to biodegrade. The study also highlighted that at the end of the lifecycle of paper banknotes, they are routinely shredded and transported to a landfill. However, polymer banknotes that are withdrawn from circulation are processed into small granules and are used to manufacture everyday plastic consumer goods. The Central Bank also advised Egyptians that the paper version of the two denominations would not be affected by the issue of new polymer banknotes.

Polymer substrate banknotes have been in use as circulation-type banknotes since 1988 when the Reserve Bank of Australia issued the world’s first commemorative $10 note. The research and development came into being in 1968 when Australia began looking for an advanced solution to combat forgeries of their new decimal currency banknotes after 10-dollar banknotes were released in 1966. The government spent over 10 years engaging in trials and prototype models to overcome technical problems. In 1992, Australia would advance to become the first country to transition to all polymer banknotes with the issue of their $5 note in 1992. By 1996, all five denominations were produced on polymer. The same year, Securency International was formed as a joint venture between the Reserve Bank of Australia (RBA) and Innovia Films to market the technology. By 2009, Securency was exporting their polymer technology to 25 countries, and more than three billion polymer notes were in circulation worldwide.

For additional information about coins and banknotes currently in circulation in Egypt, please visit their website.