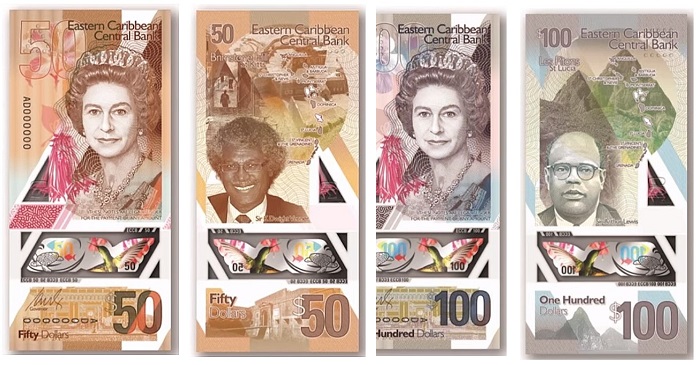 The Eastern Caribbean Central Bank (ECCB) has announced (11th September) that a new family of banknotes with new designs and security features will be issued from next year with the two largest denominations: The $50 (U.S. $18.50) and $100 (U.S. $37.00) notes beginning the changeover. The greatest change to the ECCB currency notes will be that they will be printed on polymer transitioning from a cotton paper fibre. The decision to change to a polymer substrate is to increase the durability of the banknotes in circulation throughout the Eastern Caribbean, which have previously been printed on traditional cotton substrate. With a longer note life, as a frequently used denomination printed on polymer will often remain intact for an average of four years, the bank hopes to experience long-term cost savings on banknote production.

It is the first time the ECCB has issued a new banknote series since 1993, though the previous series has had several upgrades since its launch. Another significant change to ECCB banknotes will be that the new banknotes will be designed using a vertical format rather than horizontally, as was done in previous designs. The colour scheme of each of the five denominations, which range from $5 to $100, will continue to be the same as before to aid public recognition and acceptance of the new banknote family. 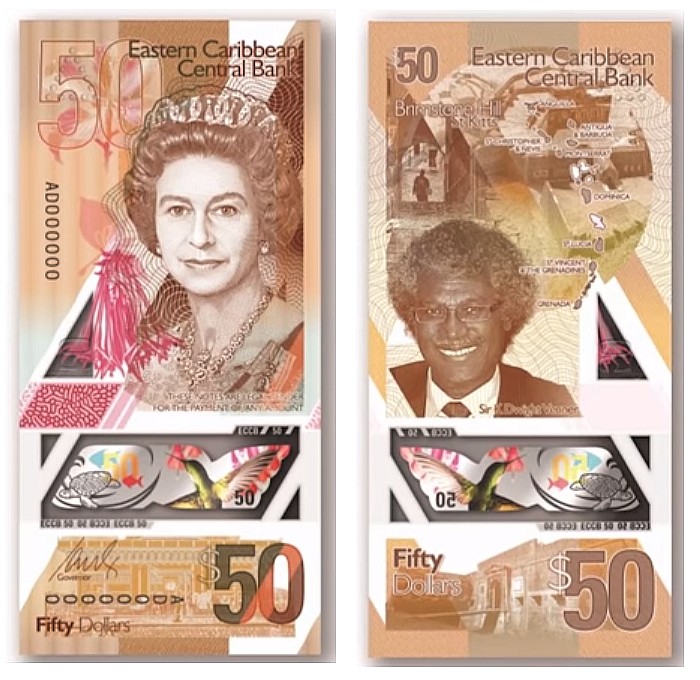 All of the current denominations will make the change-over, and with the use of polymer, new security features will be included in the new designs. The highest three denominations of the $20, $50, and $100 notes will have a holographic see-through window integrated into the overall design. As an added security feature, the holographic window appears black due to specialised technology incorporated into the clear window if the notes are scanned. The $5 and $10 denominations will have a similar holographic window integrated into their design, but on a smaller scale. The banknotes will continue to have the same dimensions, which are all uniform in size regardless of denomination. The face will also continue to include a portrait of HM Queen Elizabeth II. 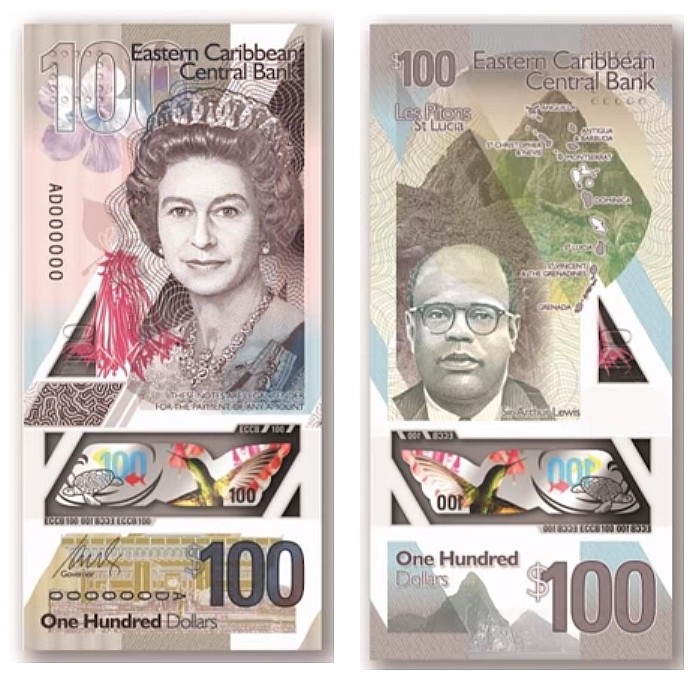 The back of the new $50 note will include an image of the late Honourable Sir K. Dwight Venner (1946–2016), governor of the Eastern Caribbean Central Bank from December 1989 to November 2015. The back of the $100 banknote will include an image of Sir Arthur Lewis (1915–1991), the Saint Lucian economist well known for his contributions to the field of economic development. For additional information about the coins and currency of the East Caribbean Central Bank, please visit their website.