The new collection includes designs for five gold denominations consisting of the five, one, one- half, one-third, and one-quarter guinea coins and two pure silver coins with selective gold plating. The gold coins are minted to their previous specifications for weight, diameter, and gold fineness. Issued under the authority of the Government of St. Helena, each piece denotes a contemporary face-value denomination in pounds and pence. 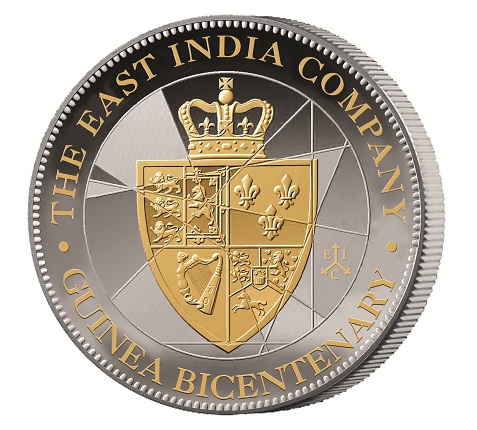 As part of the issue program, the East India Company Bullion Ltd has released two silver commemorative coins, available as five-ounce and one-ounce versions. The reverse design for both silver coins features a recognizable motif inspired by the Spade Guinea. The coins are struck in fine silver and selectively plated with 24 karat gold to highlight the detail of the shield of the Spade Guinea’s original design. 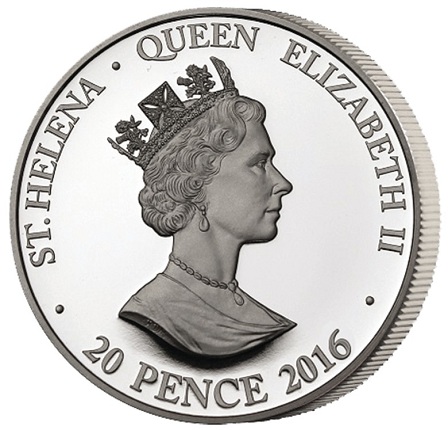 These silver 5- and 1-ounce guinea bicentenary coins have been struck in Proof quality and include an effigy of HM Queen Elizabeth II on the obverse. The addition of the initials EIC just under the Queen’s effigy was granted by special permission from the Royal Household to commemorate this bicentenary strike.

The coins are issued by the authority of the government of St. Helena and will be available from June 22. For more information on these and other coins offered by the East India Company, please visit their Web site. International orders will be dispatched where applicable.