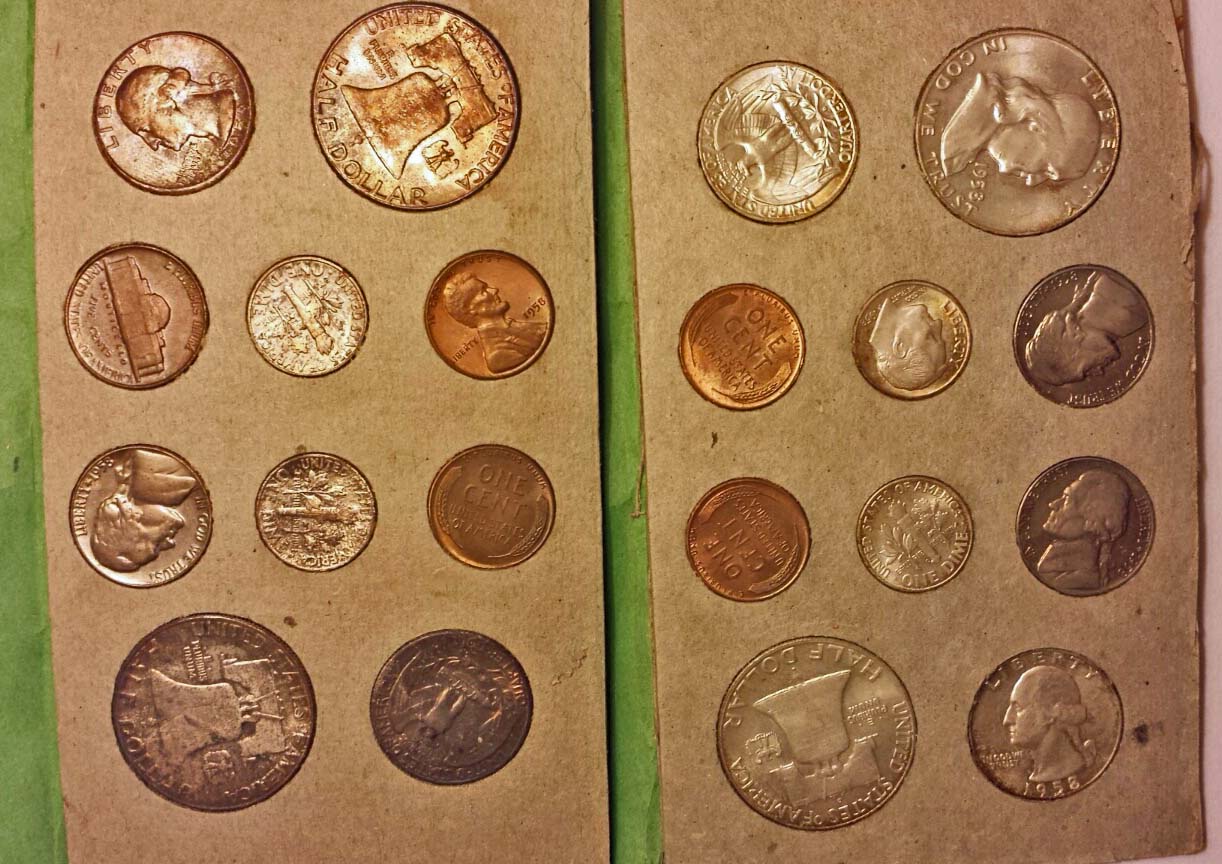 If you have not yet read my Coin Update post, “Buying Double Mint Sets,” you might do so before reading this one, because unethical sellers often take out the toned coins and replace them with lesser examples with the same date, hoping beginning hobbyists will still pay premiums. It’s one of the biggest ripoffs in collecting.

Also, the cardboard holders that house the sets (and cause the toning) should be inspected on the reverse side to see if any have been ripped–another telltale sign of tampering. Sometimes, a beginner eager to see the coins makes this mistake, pushing a thumb through the flimsy paper.

Finally, you will have to pay a premium if you desire an original envelope with the address of the owner as it appeared between 1947-58, when the sets were sent from the U.S. Mint. (Personally, I don’t see much value in paying as much as $100 more for an envelope, but some collectors wish to assemble a complete set with unbroken boards and original envelopes, and I can respect that.)

This post is not about that, however. Whenever I win a double mint set — and that is seldom because I refuse to pay retail prices — I go through a process of deciding whether to keep or break up the set.

I won the above set in a Weaver Coin Auction on Proxibid with a $225 bid, or $263 with buyer’s premium. It came with an original envelope, which was important if I intended to keep the set and not send any for slabbing.

Here is the process to determine that:

These coins below passed that test. 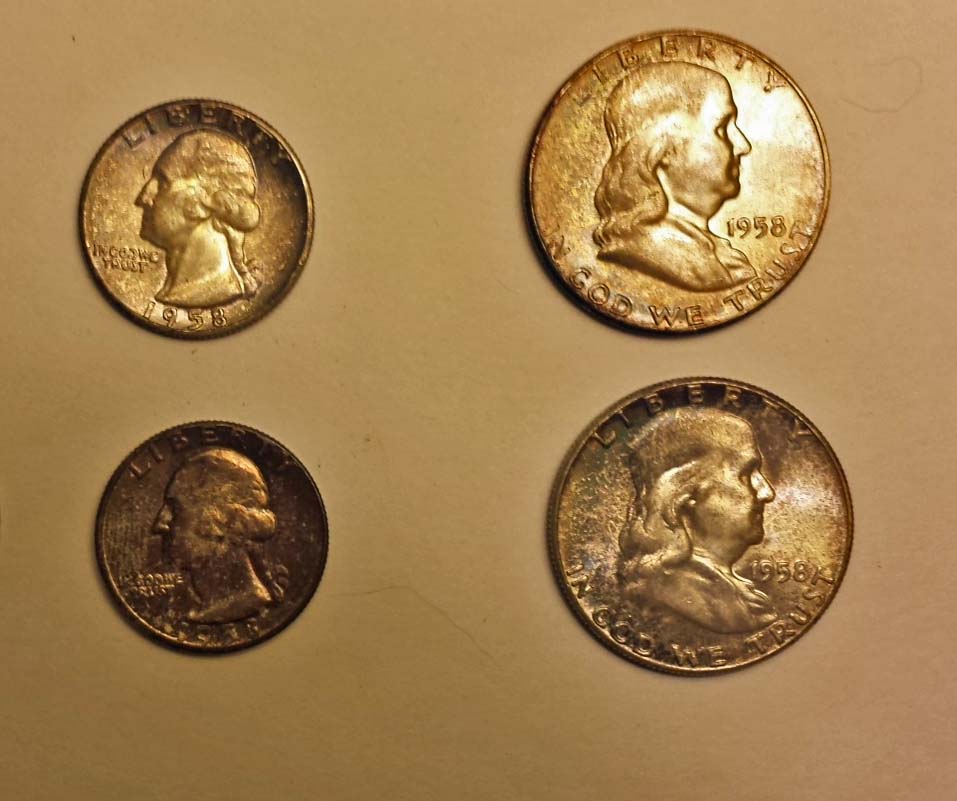 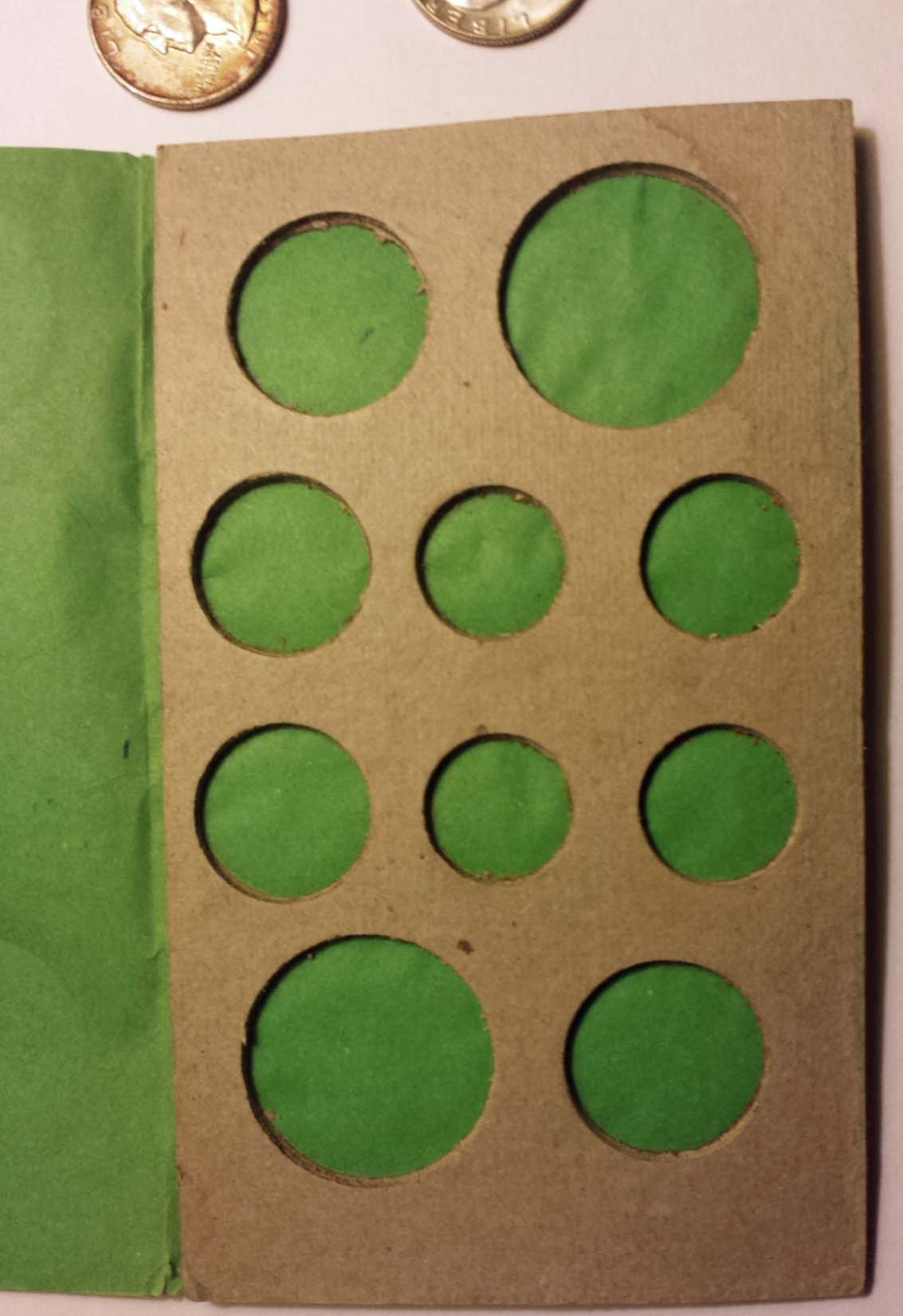 This was an exceptionally good set. So I decided to submit the half dollars and quarters plus one toned dime, one 5-step nickel and one toned cent to PCGS for slabbing. (I’ll report on those at a future date.)

I keep the empty holder and original envelope as a reminder of the experience. Some hobbyists discard them to resist the temptation to commit numismatic fraud and fill them up with common date, average coins.

To be sure, owning a double mint set is exciting. Collecting examples from 1947-58 is expensive but exhilarating. Better still is finding a toned gem that can pay for the entire set. That’s my goal. What’s yours? Add your comment below!