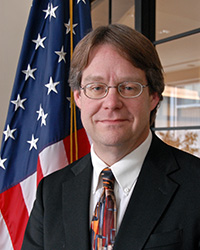 Scarinci describes Marks has having overseen the committee during a period of significant upheaval, playing a crucial part in moving the culture of the U.S. Mint toward one that encouraged, rather than frustrated, creativity and artistry.

After describing a period of low morale and miscommunication with the Mint, Scarinci lays out how he, Marks, and likeminded collaborators were able to affect change:

By 2010, the CCAC was in full rebellion. Much of what happened behind the scenes was never made public, but the equivalent of a Declaration of Independence was written at the summer CCAC meeting held at the American Numismatic Association headquarters in Colorado Springs. That meeting resulted in the formation of a subcommittee to study the problems at the Mint and make recommendations for improvement. The Committee’s recommendations became known as the “Blueprint for Advancing Artistic Creativity and Excellence in United States Coins and Medals,” and were adopted as the recommendation of the full CCAC in early 2011.

This led to a change in the way the CCAC and the Mint cooperated. He continues:

Contentiousness was replaced by cordiality. Instead of rushing through design approvals merely to fulfill a statutory obligation, the Mint began to view the CCAC both as a fountain of fresh ideas from a cross section of America and as a focus group for the broader community of Americans who care about the design of the coins they carry. Perhaps for the first time since the legislation was drafted, the CCAC now performs the role that Congress intended it to perform…The role that Gary Marks played in all of this was a giant one. From the events leading up to the Blueprint to its implementation, and right up to his final day on the CCAC last week, he took every opportunity to remind everyone that, “it’s all about the art.”

CCAC members serve four-year terms; Marks’s term began in 2011 and concludes this year, along with the terms of Erik Jansen, Mike Moran, and someone familiar to readers of Coin Update, Dr. Michael Bugeja.

Scarinci’s account is worth reading in its entirety; you can find it here.