This is the first article in a two-part series on whether recent criticism of the Mint is justified. 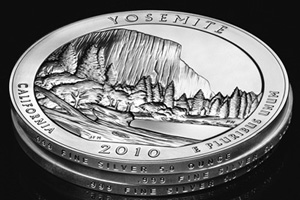 The U.S. Mint, which is by far the largest coin and bullion dealer in the world, is the subject of almost non-stop and intense criticism from the numismatic community. For years commentaries published in the leading print and online numismatic publications, letters to editors, and blog comments have been dominated by those who characterize the Mint as an institution plagued by serious problems.

In addition, many collectors have said they will never again do business with the Mint because of unsatisfactory experiences. The Mint’s customer base shrunk by a quarter in fiscal year 2010 compared to fiscal year 2009 (from 1.06 million to 799,000). But it is worth remembering that 2010 was a tough year for the coin market as a whole, as many collectors curtailed purchases because of rising precious metal prices and others were forced to liquidate their holdings for financial reasons.

Mint critics often point to the proliferation of products the Mint issues, especially in the past five years when series such as the presidential dollars, first spouse gold coins, and America the Beautiful (ATB) quarters and five ounce silver coin series were all launched. Others decry the quality of recent coin designs and problems with quality control, both of which have been an issue in recent years. Another popular target is what most people consider to be high premiums the Mint charges for its products. The almost endless versions of many products, and bulky packaging that makes coins hard to store are also mentioned frequently.

There is little doubt that collectors and investors have made plenty of reasonable and constructive criticisms of the Mint, and in many ways that is healthy for the hobby and for the coin market. But a lot of this discussion strikes me as either overdone, or as off the mark, and too much of it is unconstructive in my view, serving only to allow people to vent their frustrations. Moreover, there is a lot the Mint does well.

First of all, a lot of people attack the Mint as yet another failed government institution and say that so many of its problems stem from the fact that it is part of the federal government. But I wonder how many of the individuals who make those claims realize or understand that the Mint does not receive taxpayer funding, even to mint regular coinage for commerce, and that it is a fully self-funded entity, as I have explained previously [ http://news.coinupdate.com/will-the-goverment-shutdonm-impact-the-us-mint-0763/].

I also feel that a substantial portion of the criticism of the Mint’s 2010 ATB bullion and collector five ounce silver coin program was exaggerated, though I certainly share the view that there are many areas that could have been handled better. The letters pages and blog comments of numismatic publications and web sites are filled with harsh attacks on the Mint’s and the Authorized Purchasers’ (AP’s) handling of the 2010 ATB program, and even on numismatic publications for allegedly providing insufficient information on how and where to obtain the coins. The latter is a curious charge given the abundance of information made available to collectors earlier this year about obtaining the 2010 bullion coins.

In addition, many say the Mint did not need another silver coin program because American silver eagles have been so successful. Others questioned where all the silver planchets for the coins came from given the problems the Mint has experienced in recent years sourcing planchets, which led it to forgo production of proof silver eagles in 2009. But that criticism overlooks the fact that the Mint has indicated that it has been more successful at obtaining planchets more recently.  Moreover, the Mint worked with the Congress to modify the relevant laws so that it will be able to produce proof silver eagles even when bullion silver eagles are in high demand.

The ATB coins have been called hockey pucks, bathtub stoppers, and oversized silver medallions, among other unflattering characterizations. But now that many collectors have seen or own these coins, views on them have become much more positive. Many people alleged that the ATB coins were mostly bought by individuals looking to flip them for a quick profit. There has certainly been some of that, but I think a substantial number of collectors are now building ATB sets.

Others decried the lack of information about release dates throughout 2010 that ended with the December 2010 bombshell that the Mint would drastically reduce the number of 2010 bullion coins it minted. But the majority of these attacks focused on the changes which the Mint announced last December to the terms of distribution of the 2010 coins, and that was largely a function of the frustration experienced by collectors who were not able to purchase a set from an Authorized Purchaser (AP), and from dealers who had to buy sets on the secondary market because the Mint only allowed the AP’s to sell coins to the public.

But how many collectors have expressed gratitude to the Mint for allowing collectors to purchase scarce bullion coins at a very low mark-up, or even below melt as silver continued to rise in 2011? This is not a situation that is likely to repeat itself, and I for one appreciate the efforts of the Mint to at least try to ensure a fairer distribution of the 2010 bullion coins. Many critics have said the market for those coins should not have been regulated, but I wonder how they would feel if as a result it were impossible to purchase a set for less than say $3,000, which is where secondary market prices were before the AP’s distributed their coins to the public.