A Dremel® is a wonderful rotary tool that serves as a drill, router, sander and even engraver. In the right hands, doing home repair, a Dremel can be indispensable.

Put that tool in the hands of a “coin doctor,” and you’ve created a numismatic version of Dr. Frankenstein.

Reading about coin doctoring on popular Internet sites and in hobby magazines, one gets the impression that those who ply their deceptive trade are wizards able to fool the likes of world-class graders at PCGS and NGC. In my experience, though, they mostly destroy coins by adding artificial color or altering surfaces.

Worse, those coins are turning up with frequency on Internet auction portals like Proxibid, which lacks many of the safeguards found on eBay, such as listed in that company’s “Stamps, Currency and Coins” policy.

I’ve been buying from Proxibid auctioneers for two years now. Because I’m an experienced numismatist, I can usually discern best buys (typically, holdered coins by PCGS and NGC) or raw coins from trusted auctioneers, such as Silvertowne and Fox Valley Coins, and bid accordingly.

Proxibid, unlike other Internet portals or auction sites, has one of the best “Customer Service” departments that I have ever experienced. You call 877.505.7770, get a professional representative, and are helped with everything from placing bids to retracting them.

Proxibid allows bid retractions under certain conditions, which keeps me patronizing the site, because I can place a bid and then truly analyze every pixel of a coin to determine whether it is doctored (occasionally) or counterfeit (rare).

I also have established good interpersonal relationships with several Proxibid auctioneers who trust and even welcome my numismatic judgment, such as Weaver Auctions, Midwest Coins, Gary Ryther Auctioneers, and Scott Auctions.

Even with trusted auctioneers, I take my time in analyzing photographs and bid oh-so-carefully, honoring Proxibid’s terms of service.

If you wade through those terms, you will find a clause associated with dispute resolution. It’s not very transparent and it does little to stop coin doctors from ruining certain lots.

Unlike eBay, Proxibid doesn’t hold auctioneers to standard photography rules. I cannot prove that coin doctors are targeting Proxibid because of that, but I sure wish the company would adopt eBay-like policies such as this one: “Images [of raw coins] that are dark, out of focus, edited, or might be misleading aren’t allowed.”

Take a look at a picture of a coin that I bought in a recent Proxibid auction. It’s the fuzzy, blurred one–so much so, that you can’t even tell the date, let alone the condition of the coin. I don’t know why this photograph was used and don’t want to accuse the auctioneer of intentionally using such a miserable photo because his pictures of other Morgan coins in that particular auction were crisp. 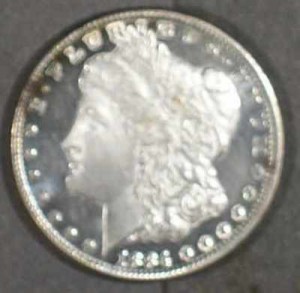 Maybe this was just an anomaly.

Nevertheless I bid high on this coin for selfish reasons: Despite the bad picture, I could see it really was a “DMPL” (deep mirrored prooflike coin). If doctored, which I suspected, I could write about it in Coingrader Capsule. If not, I had a great coin.

When I received the coin, I was dumbstruck, literally–so much so, in fact, that I submitted it to be graded by NGC, knowing the coin was doctored but not knowing if this was a mint state or proof Morgan dollar. (It was mint state.) 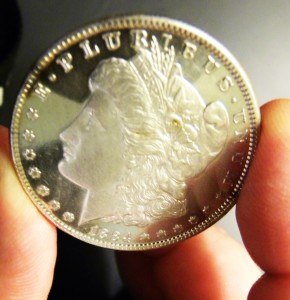 The quack doctor had destroyed a magnificent 1884 Morgan so beautiful that I will keep it in my collection despite the obvious tooled marks on the cheek of Lady Liberty. The surfaces of this coin were so deeply reflective you really could use it as a pocket mirror. Without tooling, those mirrored surfaces would have easily fetched more than $500 in a Teletrade or Heritage Auction. 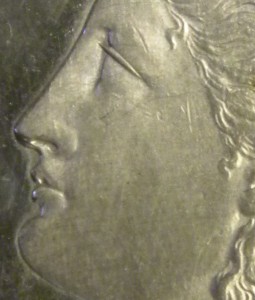 In closing, I urge Proxibid to expand and be more transparent concerning its “Dispute Resolution” policies.

The Omaha-based company also should hold auctioneers accountable for the photographs on its site. Pictures should be in focus in standard size with blow-ups available for closer scrutiny, essential when dealing with doctored or counterfeit coins. Those photos also should show obverse and reverse of coins, even holdered ones by NGC and PCGS, because varieties often are not listed on labels.

Finally, auctioneers should mandate in writing when accepting consignments that sellers will take back any coin proved to be doctored or inauthentic. This won’t stop coin doctors from selling altered coins, but it certainly will hamper their ability to misuse auctioneers and the Proxibid site.