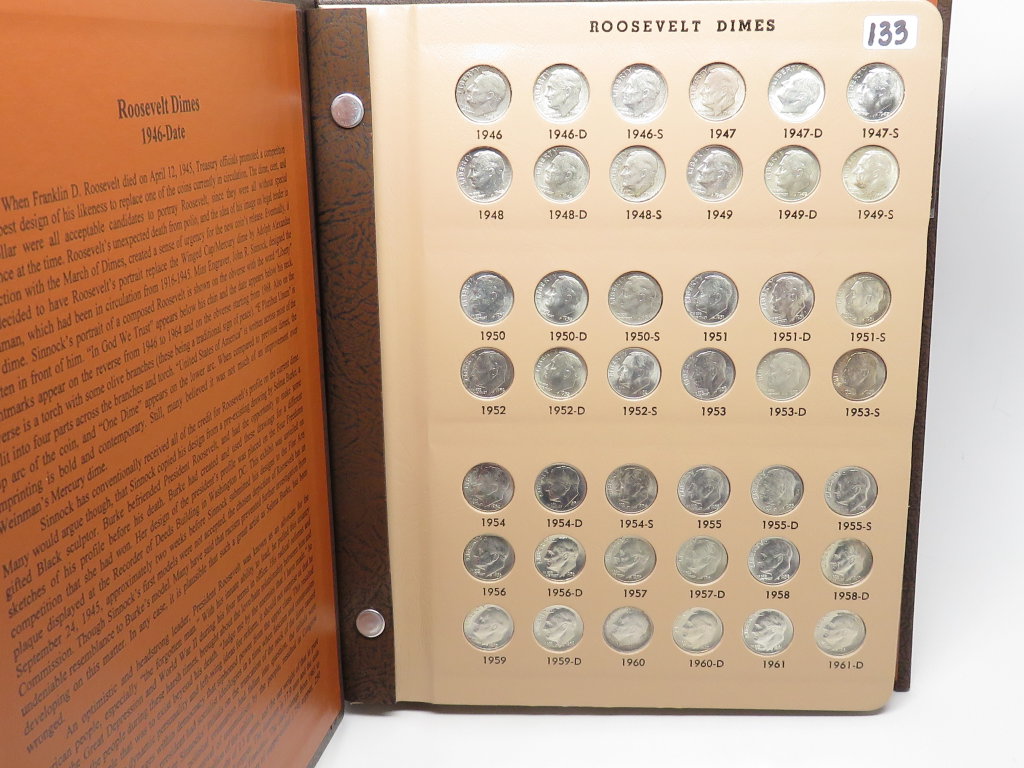 Last year I won a stunning set of Jefferson nickels and wrote about it for Coin Update, explaining the process to dismantle a set (i.e., removing high-end coins for holdering). The process involves identifying toned coins, which command a premium, then checking for rare varieties or mint errors, and finally, selecting coins based on eye appeal and strike.

With regard to Jefferson nickels, premiums for strike occur with full steps (at least 5) on the reverse Monticello.

This month I won a premium set of Roosevelt dimes (circulation strikes) with a bid of $110 ($128.70 realized price) in an online Proxibid session by Weaver Auction. That’s a reasonable risk as the collection contains 48 silver coins whose silver melt is $1.15, or $55.20, with another $8 or so in clad dimes. Figure another $10 for an excellent Dansco album, and the collection has an intrinsic worth of $73.20. So the goal is to identify dimes that can earn at least $55 for a break-even estimate.

Except for minor toning on a few silver dimes, the rest of those (1946–1964) were blast white. Three of the clad dimes had reasonable (but not stellar) rainbow hues.

Unlike other denominations, Roosevelt dimes have relatively few major varieties. The most desired ones occur in Proofs missing the “S” mintmark (1968, 1970, 1975, and 1983). The 1947-S has an S/D mintmark variety. The 1953-D has a horizontal mintmark. There are also doubled dies and repunched mint marks (see this link for photos).


Thus, it looks like I will not be able to earn the $55 to break even via slabbing and will sell the collection to my local coin dealer or put it up for auction in a Proxibid session. The set is beautiful with mostly white coins in gem or better condition, and there is an added value for hobbyists in owning a complete set. (This one ends in 2011, by the way.)

But I did enhance my grading ability by analyzing each dime for Full Bands. By far the most difficult to find are split lower bands. Two dozen or so of these dimes had split upper bands with flaws in the lower pairs.

I’ve had great luck of late with individual bids on Roosevelt dimes. 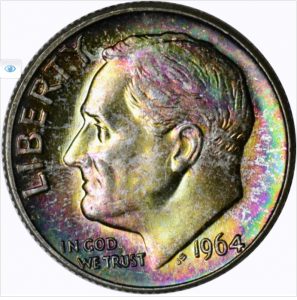 I chose this primarily for the toning, as it lacked Full Bands. If it had them at that grade, the dime would have been worth $1,650, proving again that many hobbyists overlook common coins that actually command superior prices in the marketplace.

Do you collect Roosevelt dimes? What are your best dates or varieties? What success have you experienced? Any observation about Full Torch and Full Bands designations?   ❑