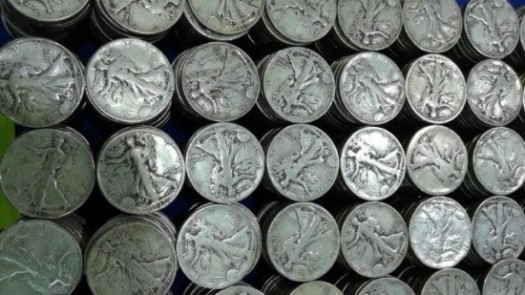 Stacks of Liberty Walking half dollars

My fourth day at the Chicago World’s Fair of Money started with journal writing and correspondence, trying to make sure I kept up with all of the details of the week. I wandered the bourse a little more, examining the ANA’s beautiful exhibit on money and its evolution. There were more children about today, eagerly running around with trivia games and treasure hunts, and I spent some of my morning watching in delight as Whitman authors Ken Bressett and Q. David Bowers signed books, some to colleagues and collectors, and others to young numismatists bouncing up and down as they received their new book.

Around noon I joined Mike Nottelmann for his “The Coin Show” live podcast, featuring Ken Bressett, Frank Colletti, and other esteemed speakers who commented on the Guide Book of United States Coins (the Red Book) as well as dealing in the modern/internet age and the ANA’s new strategies for reaching young numismatists and benefiting current members. I was privileged to be asked to briefly speak about Whitman Publishing’s newest titles, as well as give a few ideas as to what readers can expect in the next year. We have so many exciting projects in the works, either just released or with one foot on the doorstep, that it was a true pleasure to share with the listeners. 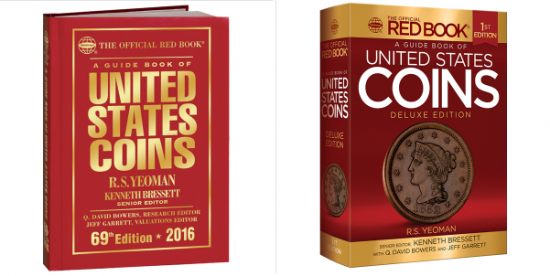 The new “Mega Red” Deluxe Edition of the popular “Red Book” was mentioned by several speakers, and the overwhelmingly positive feedback was honoring. The interviewers also showed great interest in the new Guide Book of Mercury Dimes, Standing Liberty Quarters, and Liberty Walking Half Dollars, where Dave Bowers addresses the historical connection and influence of such a significant era on the coins that were circulating at the time. The new 100 Greatest Women on Coins has been warmly and enthusiastically received by all who have seen the few copies available for view (the book will be released in about a month), and it was wonderful to be able to relate the astonishing work that author Ron Guth did with the essays contained therein. From essay 1 to essay 100, the book is an easy read while still being flooded with information about the women who appeared on the currency featured, including dates, connections between the women, their significant contributions to society or humankind in general, myths, legends, or combinations of all. Each page contains wonderful stories that teach the reader about the women and the coins, as well as the society they were involved in, and it is simply a gorgeous book. 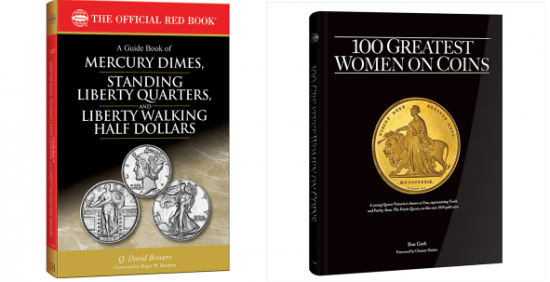 After the podcast I returned to the bourse, where I had the opportunity to speak with Dave Bowers and Ken Bressett again. All too soon it was time to return to prepare for the ANA Banquet this evening, which I will report on in further detail in my next post.

See you on the other side….