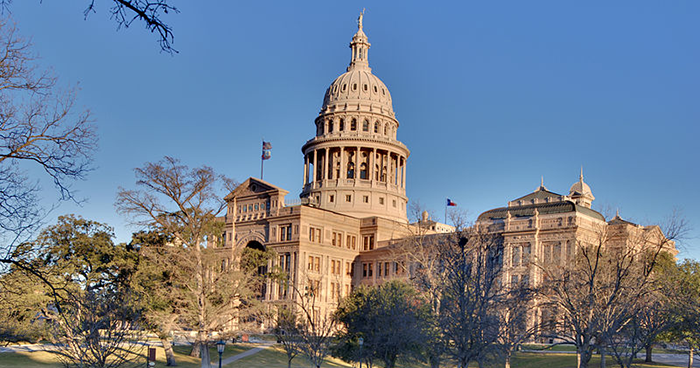 Lone Star Tangible Assets (LSTA), an Austin-based firm, has signed a five-year contract with the government of Texas to manage the state’s bullion depository, which will be under the authority of the state comptroller general (currently Glenn Hegar).

Prior to the law authorizing the Texas Bullion Depository, such facilities were privately owned, with the exception of the massive depositories of the federal government. They tend to be clustered near the New York financial hub, in part because of COMEX requirements that its member depositories be located within 150 miles of New York City. (COMEX is the precious-metals arm of the New York Mercantile Exchange; the merger of the two companies created the largest physical futures exchange in the world.)

One aim of the Texas Bullion Depository is to bring the fees that Texas investors are paying for bullion storage elsewhere back to their home state. Another of the earliest aims of the effort, at least as articulated by then-governor Rick Perry, was to “repatriate” the more than $660 million in bullion owned by Texas universities and secured in NYC vaults. Ironically, that headline-grabbing aspect of the project appears to be on ice, as UTIMCO (which manages the universities’ funds) says it won’t move the gold unless two conditions are met: first, that it’s cheaper to store the gold safely in Texas; and second, that the depository is a member of COMEX. The fact that Austin is located a bit more than 150 miles from New York presents a problem, unless some kind of exception can be worked out. For now, LSTA’s goal is “to create liquidity of COMEX levels in the state of Texas for those large institutions over time.”

Gold, silver, and platinum bullion from the United States and the rest of the world available from APMEX.

Texas legislators spent several years pushing for the state to have its own bullion depository—the first such state-administered operation in the U.S. The necessary law was finally passed and then signed by Governor Greg Abbott two years ago. In July 2016, the Office of the Comptroller issued a request for proposals from companies interested in running the depository. The selected organization would be responsible for the following (paraphrased from the original):

More than a dozen companies submitted proposals, with Lone Star Tangible Assets securing the final contract (five years, with the opportunity for up to two 1-year extensions). According to the depository’s website, TexasBullionDepository.gov, its development is taking place in three phases. In phase 1 (currently underway), LSTA is establishing the means for “Depository Account Holders and Depository Agents to open accounts with the depository.” This service should be in place by early 2018. Phases 2 and 3 will expand the depository’s offerings to large institutional and international agencies. It is hoped that one or more major national banks would become agents, allowing their customers to open accounts that would allow them to make debit-card transactions with their bullion investments.


In the meantime, LSTA—which already owns numerous secure vaults that are sufficient for start-up purposes—plans to construct a 60,000-square-foot facility on a 10-acre campus near Austin. According to the website, LSTA “has assembled a team of experts to advise on the design, construction and operations of the Texas Bullion Depository—including veterans of the precious metals industry, a former director of the United States Mint, veterans of the United States Air Force charged with operating our military’s nuclear weapons facilities, and a former SWAT team leader.”

Although Texas is the first state to open a state-run depository, other states are making similar moves. After Utah passed its Specie Legal Tender Act in 2011, for example, the non-profit United Precious Metals Association was established to allow members to “access their wealth by using a Visa debit card, ACH (electronic check), or by taking physical possession of their [gold and silver] holdings.” More recently, Tennessee passed legislation sponsored by Rep. Bud Hulsey (R) to permit the state to operate a bullion depository.    ❑

DallasNews.com: “Texas just had to be the first state to start its own gold depository.”