The United States Mint has announced the design selections for the 2013 Presidential Dollars. The four coins for the coming year will feature the 25th to 28th Presidents of the United States, William McKinley, Theodore Roosevelt, William Howard Taft, and Woodrow Wilson.

The Presidential $1 Coin Program was launched in 2007 and will feature portraits of the Presidents in the order served, released at a rate of four different coins per year. Although production of the series for circulation has been suspended following a decision from the Treasury Department, the coins continue to be produced in quantities necessary to satisfy collector demand. The US Mint sells circulating quality examples of each release in 25-coin rolls, 100-coin bags, 250-coin boxes, and 500-coin boxes at a premium to face value. 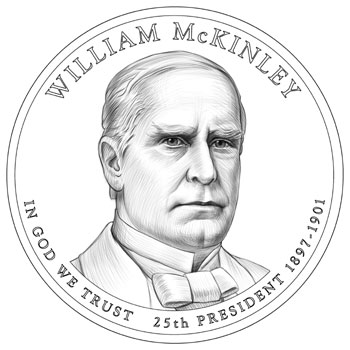 The William McKinley Presidential Dollar features a portrait designed and executed by US Mint Sculptor-Engraver Phebe Hemphill. The US Mint has scheduled to begin sales of bags, rolls, and boxes of circulating quality examples of the coins on February 19, 2013. 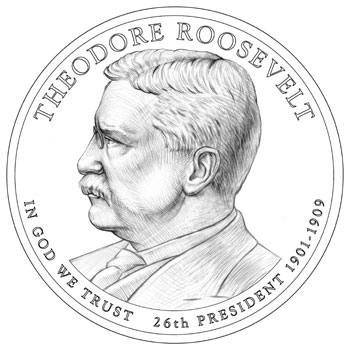 The Theodore Roosevelt Presidential Dollar features a portrait designed and executed by US Mint Sculptor-Engraver Joseph Menna. Circulating quality examples of the coins in bags, rolls, and boxes are scheduled to go on sale April 14, 2013. 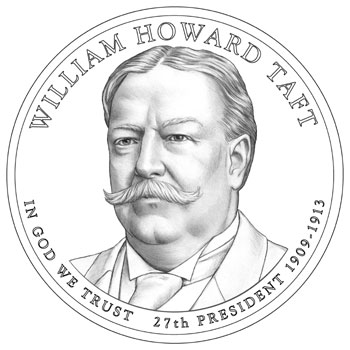 The William Howard Taft Presidential Dollar was designed by US Mint Artistic Infusion Program Master Designer Barbara Fox and executed by US Mint Sculptor-Engraver Michael Gaudioso. The circulating quality coins will be available in bags, rolls, and boxes starting on July 13, 2013. 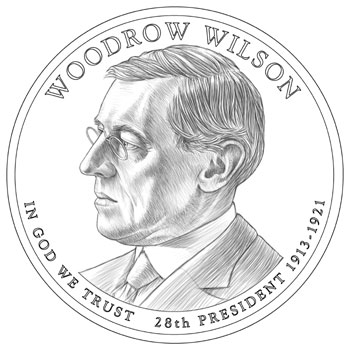 The Woodrow Wilson Presidential Dollar features a portrait designed and executed by US Mint Sculptor-Engraver Don Everhart. Circulating quality examples of the coins will be available for sale form the Mint in bags, rolls, and boxes starting on October 13, 2013.

Each of the obverse designs above was selected by the Secretary of the Treasury following reviews by the Commission of Fine Arts and the Citizens Coinage Advisory Committee. Each obverse design will be paired with a reverse design featuring a rendition of the Statue of Liberty designed and executed by Don Everhart. The edge of each coin includes incuse inscriptions with the date, mint mark, and motto “In God We Trust.”