The First Spouse Gold Coin Program was authorized by Congress as part of the Presidential $1 Coin Act. One-half ounce 24 karat gold coins are issued for the spouse of each President. The year 2012 will mark the sixth year of release for the program and contains some differences from the usual format.

Chester Arthur served in office without a spouse. Alice Paul will be depicted on the coin representing his Presidency. Alice Paul is depicted on the first release of the year. She was a leading strategist in the suffragist movement, which ultimately resulted in the passage of the 19th Amendment, granting women the right vote. Her appearance within the series is specifically required under the Presidential $1 Coin Act, which mentions that she born during the Presidency of Chester Arthur. Other Presidents who served without a spouse (Thomas Jefferson, Andrew Jackson, Martin Van Buren, and James Buchanan) have been represented by depictions of Liberty taken from coins produced during the era of their Presidency.

This article will cover the design recommendations of the CFA. The design candidates will also be reviewed by the Citizens Coinage Advisory Committee before final selections are made by the Secretary of the Treasury. 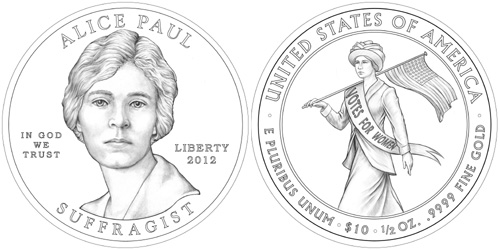 For the Alice Paul Gold Coin, the CFA remarked on the “poor quality and lack of a profile pose among the submitted alternatives” and commented that the hat and hair on many alternatives was “overly distracting from the face”. The reverse designs were criticized for “the prevalence of complicated compositions.” The two design candidates pictured above were their official recommendations. 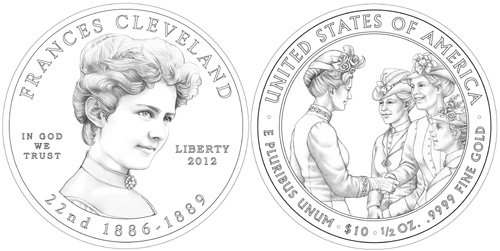 The CFA recommended the design candidates shown above for the Frances Cleveland First Spouse Gold Coin (First Term). They expressed appreciation of the inclusion of a profile portrait amongst the candidates, but felt that the obverse design above was “the best portrait.” They criticized the “excessive complexity of the compositions and ominous quality of the drawings” for the reverse design candidates. Their recommended reverse design shown above was chosen “due to the positive character of the portraits and the harmonious composition within the circular form of the coin and medal.” 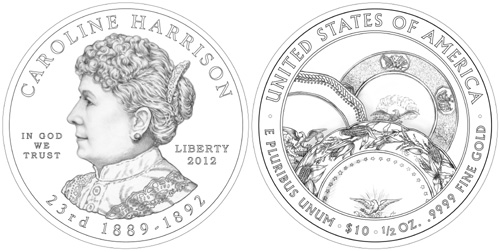 For the Caroline Harrison First Spouse Gold Coin, the Commission criticized the “generally grim character or facial expressions” of the alternatives, but selected the profile pose shown above. Their design for the reverse was selected “due to its interesting composition of circular forms.” Caroline Harrison is known for china-painting classes in the White House, which is represented in several candidates.

The CFA did not offer any recommendations for the Frances Cleveland First Spouse Gold Coin (Second Term). For the obverse design candidates, they commented on “the generally unpleasant facial expressions, the awkward relationship of the head to the neck, and the lack of a profile pose.” For the reverse, they criticized the complexity of the compositions, but suggested “further development of the theme of education.”

All of the obverse and reverse design candidates reviewed by the Commission of Fine Arts are shown below. 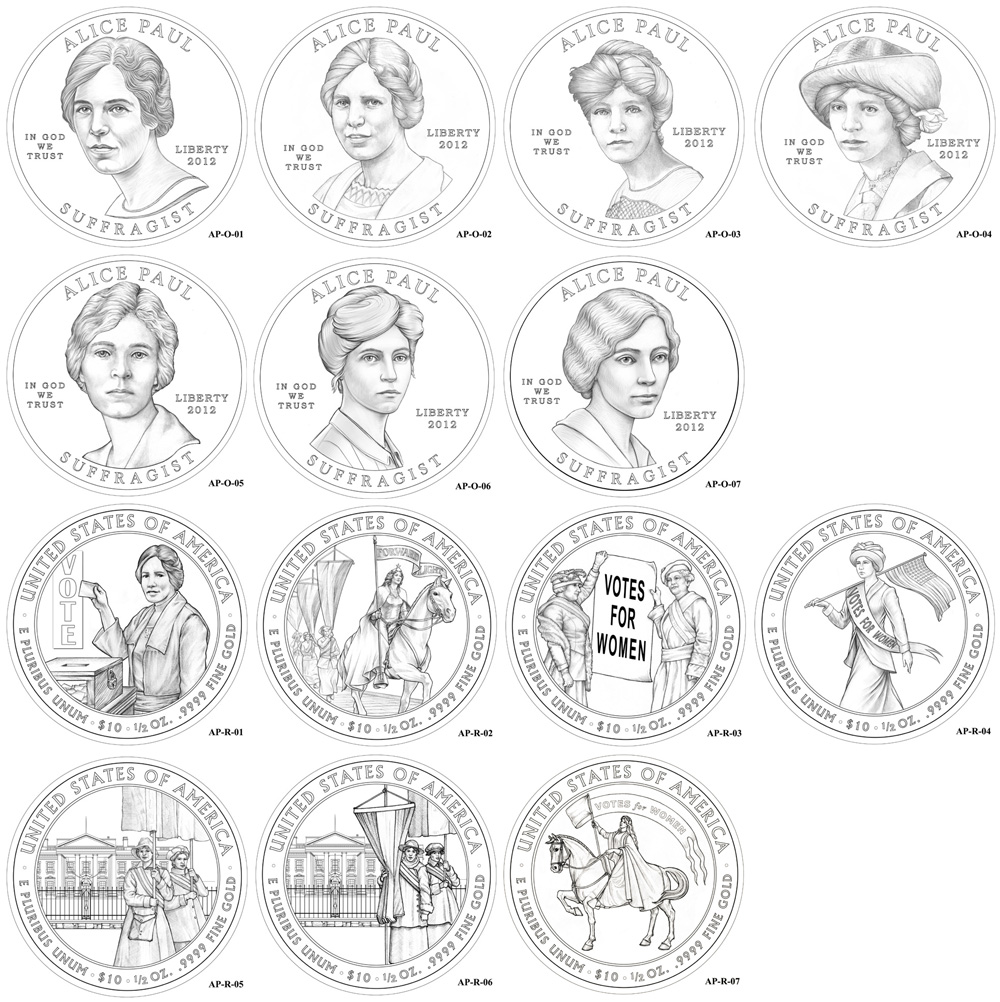 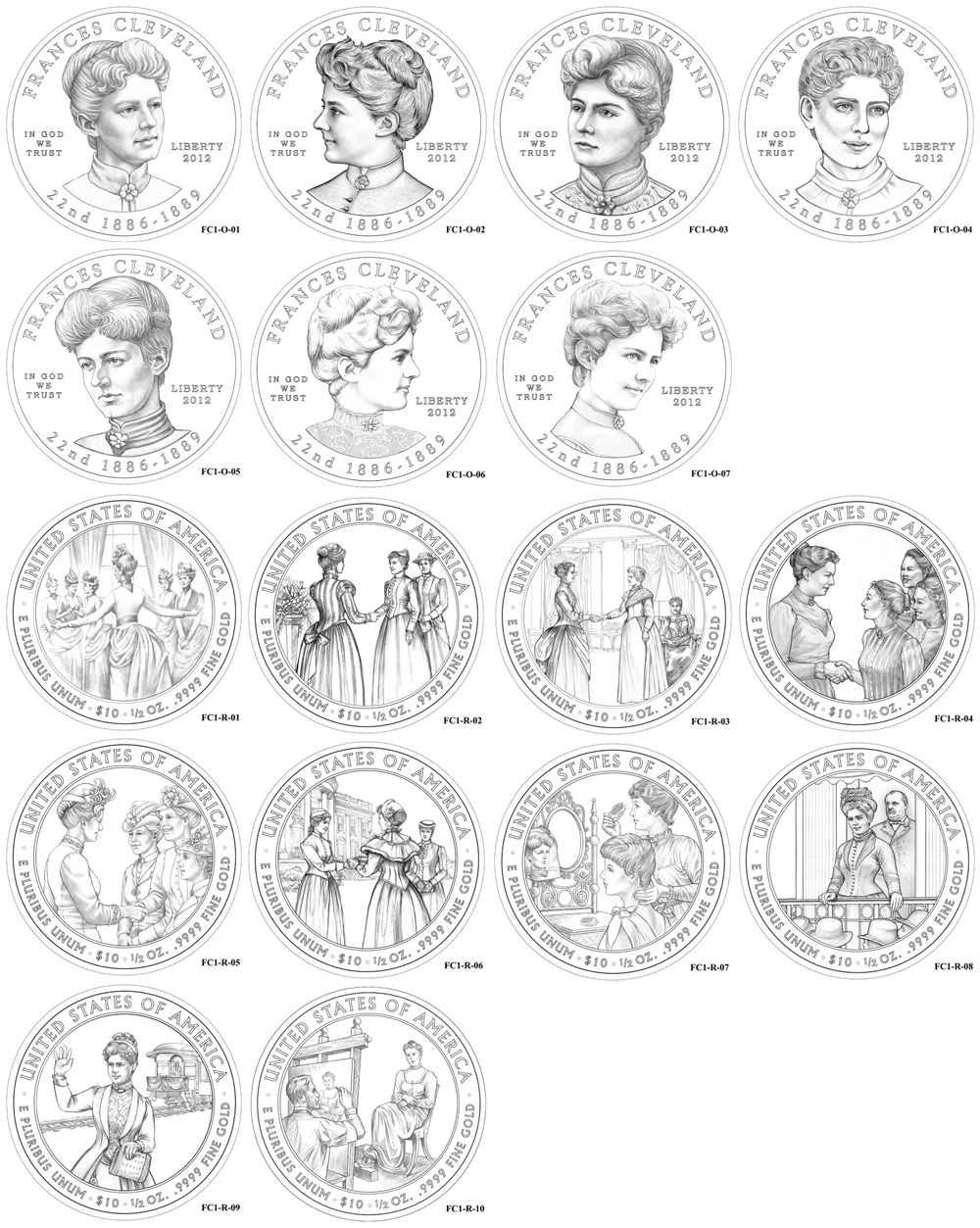 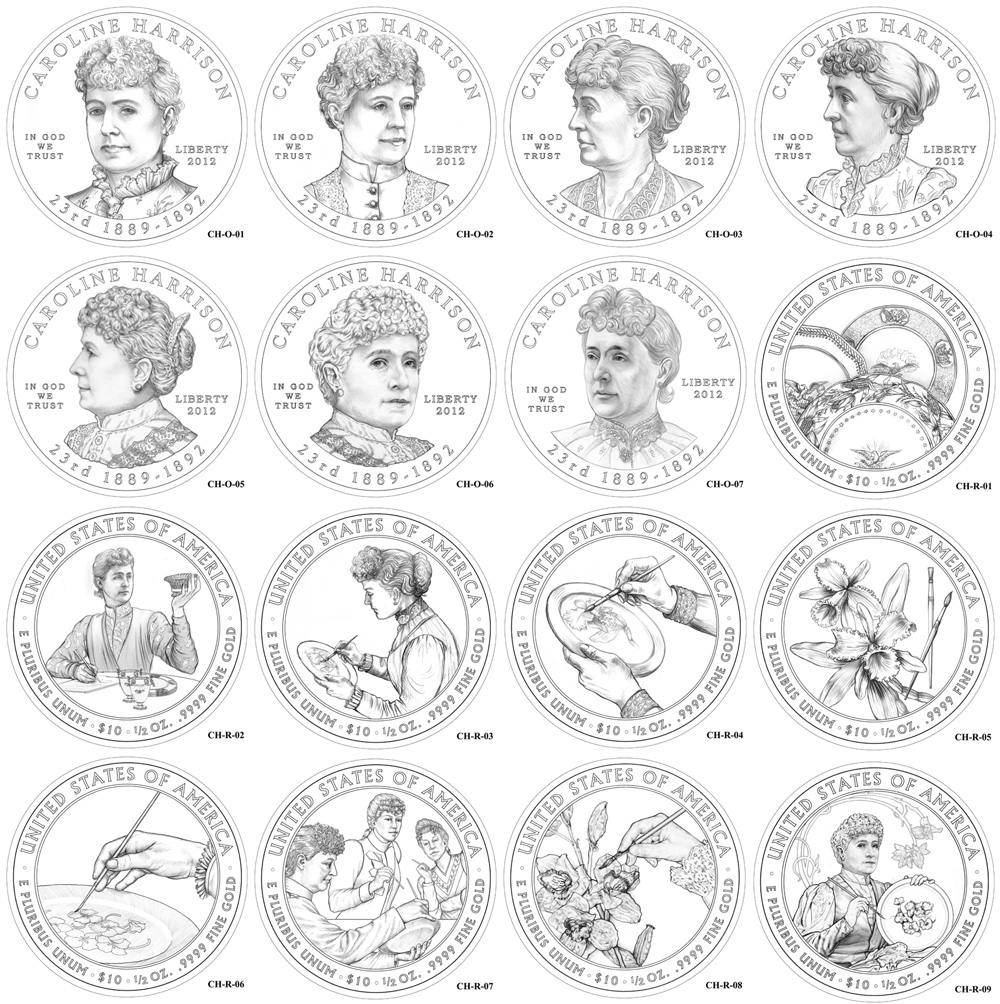 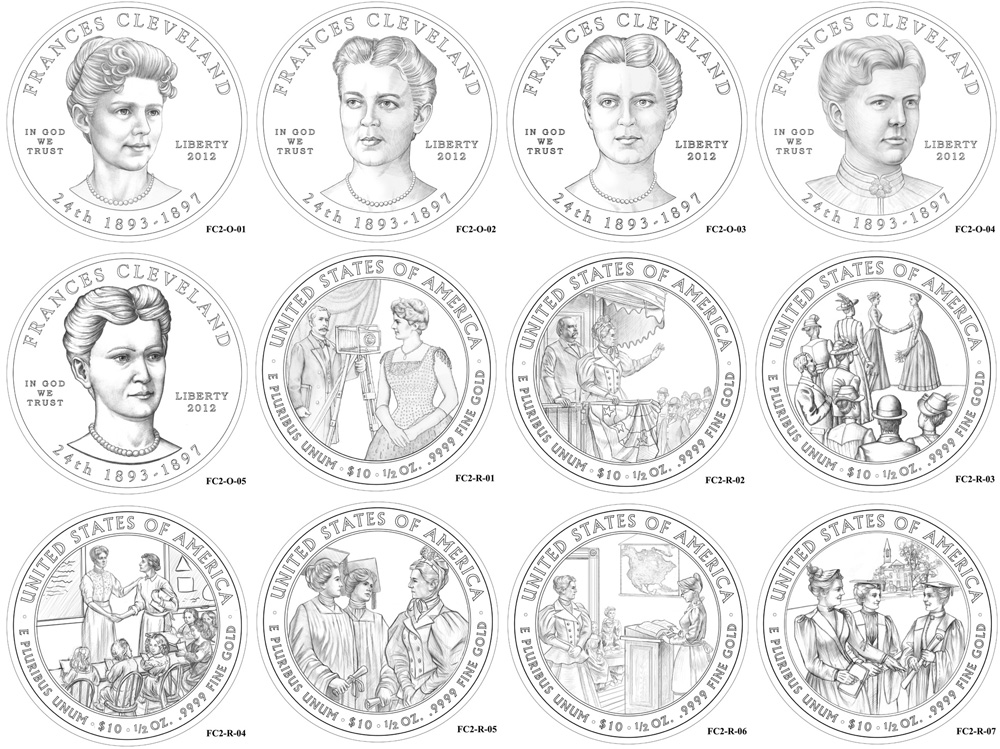