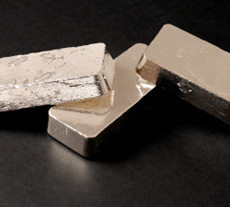 The Silver Institute today released the World Silver Survey 2011. The data in this report is gathered by GFMS Limited, one of the world’s largest precious metals analysts.  GFMS has been attacked over the years for significantly underreporting demand for precious metals in their analyses, which the firm recently partially acknowledged.  However, even with such shortcomings, the firm is a source of comprehensive information about supply, demand, and inventory levels.

This report assumes that the difference between these supply and demand figures consists of changes in presold future mining production (which should be an accurate statistic) and that any residual difference represents implied investment demand.  As a result, this report does not take into account any possible increase or decrease in available inventories.

Whatever the accurate data, the demand for physical silver is rising faster than supplies.  Less than 30% of all newly mined silver comes from primary silver mines.  Most newly mined silver comes from mines where it is a byproduct or co-product of copper, zinc, lead, and gold recovery.  The primary factor that drives production at the non-primary silver mines is the price of the other metals.  As a consequence, a soaring silver price does not immediately translate into higher mine production from this source.

Even with primary silver mining operations, there is a longer time lag in responding to higher prices.  Whereas it used to take about three years from discovery to an operating mine, it now often takes ten years.  Beyond the additional slowdown from more government permitting work required to develop a mine site, there are problems such as the shortage of geologists to confirm the value of a discovery.  Mine company executives tell me that it is not unusual to have to wait a year or more for a geologist to complete previous commitments and be available to help them.

Overall, it can take years for higher silver prices to translate into a huge increase in mine output.  From 2009 to 2010, the average silver price increased about 75%.  Mine output, in contrast, only increased 2.5%.

With fundamental long-term shortages of silver supply versus demand, prices should rise over time, even if there was no increase in demand from people worried about the falling value of the US dollar.