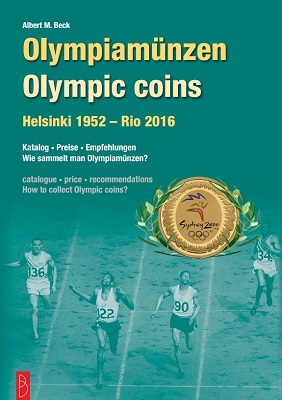 Battenburg Publishers has released a new book listing the many coins issued for the modern Olympic Games, beginning with pieces minted for the 1952 XV Summer Games in Helsinki, Finland and continuing through the latest coins issued for the 2016 XXXI Summer Games hosted in Rio de Janeiro, Brazil. Written in both English and German, Olympic Coins, Helsinki 1952 – Rio 2016 was launched earlier this year during the World Money Fair in Berlin and the consignment sold out during the three-day event.

The books’s author is Dr. Albert Beck, Honorary President of the World Money Fair and an expert on the subject of Olympic coinage. He has also served as a consultant for many of the coin programs included in the text, beginning with the 1980 XXII Summer Games hosted in Moscow in what was then the Soviet Union. Dr. Beck includes narratives and specifications for every coin included for both Summer and Winter Games, as well as color images with references for current values.

The book includes background information as well as some useful statistics regarding the participating teams. Also included are the opening and closing dates for each Olympiad, as well as the number of athletes, sports, and total competitions. For those interested in the official logos or insignias for the various Olympic games, they are included at the top of every page by country.

Although the modern era of the Olympic Games began in 1896 in Greece — their country of origin — the first Olympic commemorative coin was not minted until 1951, when the games took place in Helsinki, Finland.

The first series of commemorative Olympic coins was issued by West Germany when the XX Olympiad was hosted in Munich. Controversy was raised by the East German Government when the initial coins dated “1972” indicated the Games were hosted IN DEUTSCHLAND, meaning “in Germany” instead of the host city of Munich. The coins were later changed to reflect this specification. The series included twenty-four 10-mark silver coins struck in Uncirculated and Proof quality from four different German mints.

In total, the book covers 27 issuing authorities that have produced both summer and winter commemorative Olympic coins, with a separate section for the centennial commemorative games celebrating the 100th anniversary of the modern Olympic movement.

Coins issued for the Para-lympics are also included as part of the overall coin programs for the countries that have issued these coins. There are personal notes from the author about the various coin programs for which he acted as a consultant, as well as his photographs with IOC officials who organized the games.

Sample Pages are included below: 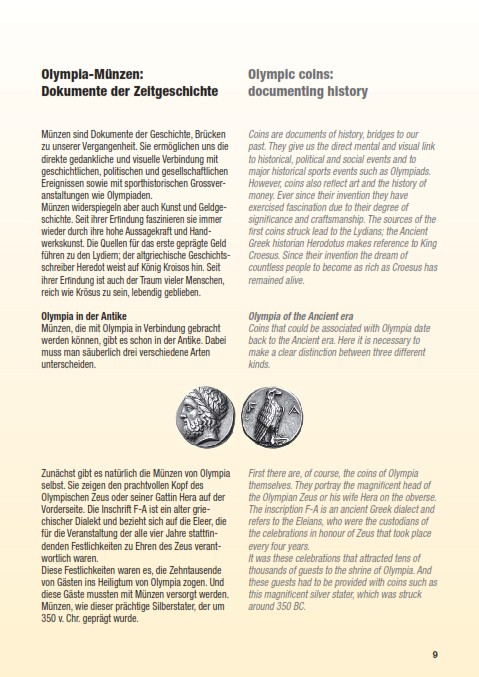 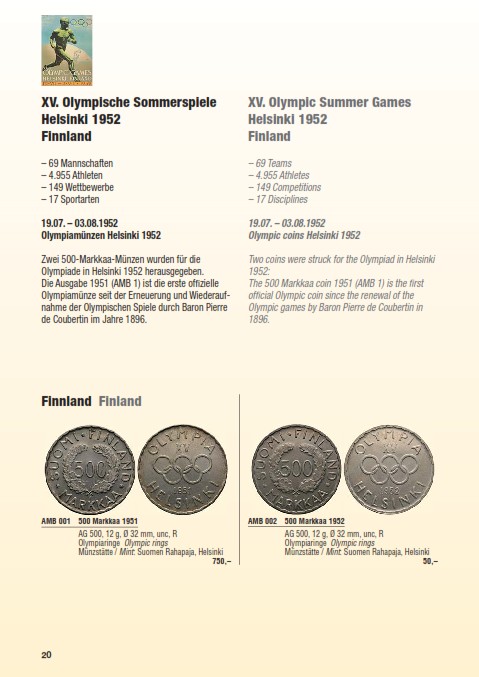 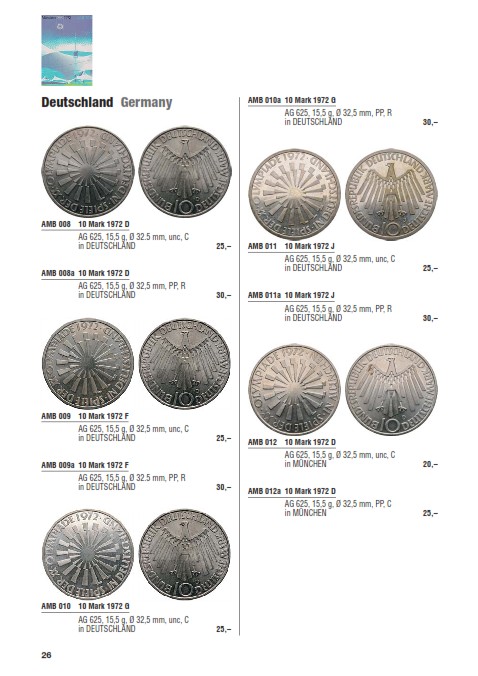 For more information on this publication, please e-mail to the attention of Dr. Albert Beck – international purchases are dispatched where applicable. U.S. buyers can order the volume from Coin and Currency Institute.