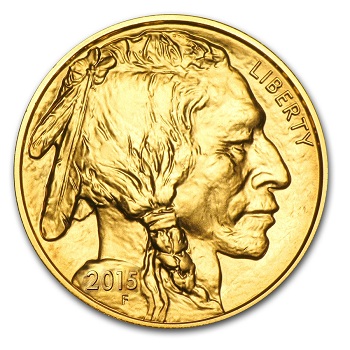 The final bullion sales totals of 2015 are available, showing a quiet December as the Mint phased out several issues in the run up to the new year.

The American Eagle Silver bullion coin sold less than half of November’s 4,824,000-piece total in December after production ceased early in the month, but it still managed to extend the year’s all-time high sales total for the coins to 47,000,000. 2016-dated American Eagle Gold and Silver bullion coins will go on sale to the Mint’s authorized purchasers on January 11, with shipments going out to customers a week or so later.

Sales of 2015 America the Beautiful 5 oz silver bullion coins concluded by the end of day on December 1, finishing up at 212,000-pieces sold for the year, the second-highest total ever. That was still less than half of the amount sold in 2011, however; that year saw the unlikely-to-be-surpassed total of 465,100 5 oz. bullion coins minted.

All of the following issues sold more pieces in 2015 than in 2014. American Eagle Platinum coins are not included, as platinum issues of bullion coins were not released in 2015.

The Mint has yet to announce a sale date for the upcoming Shawnee National Forest ATB 5 oz. bullion coins, but they are expected go on sale shortly before the Uncirculated version of the coin is released on February 25.