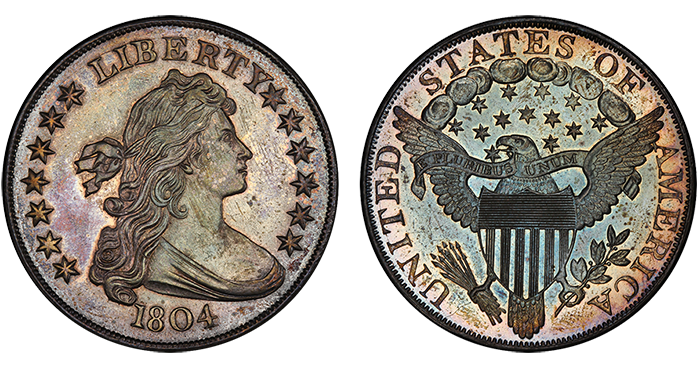 On March 31, 2017, Stack’s Bowers Galleries and Sothebby’s will be presenting part 5 of their auction program of the D. Brent Pogue Collection of early U.S. coinage. The auction will take place beginning at 6:30 p.m. at the Carriage House of the Evergreen Museum and Library in Baltimore.

The sale features the Dexter 1804 silver dollar (lot 5045), one of the most famous specimens of the “king of American coins.” Struck in 1834 to be distributed as official gifts from the United States of America to foreign heads of state, just eight known Class I originals of this coin are in existence. Bidding for this extraordinary rarity will open at $2 million. 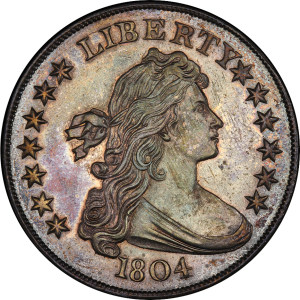 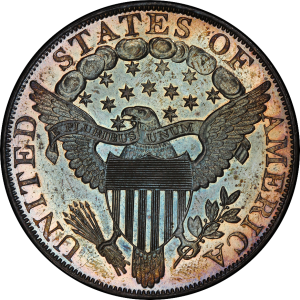 Other early silver dollars from 1798 onward complement those sold in earlier offerings of the D. Brent Pogue Collection. Half cents begin with the first year of the Draped Bust type, 1800, and continue through the end of the series in 1857, highlighted by the finest known specimen of the rare 1811 (lot 5067).

Large copper cents, a popular and enduring numismatic specialty, comprise a broad offering beginning with multiple examples of the 1793 Liberty Cap. Also featured is the rarest of all dates in the series, the 1799, represented by the famous Henry C. Hines coin (lot 5112), a Mint State example that stands today (and has for many years) as the very finest known. At the beginning of the sale are found many fine half dimes, dimes, quarters, and half dollars, with emphasis on the first years of the Liberty Seated design.

D. Brent Pogue and his father spent more than 40 years assemling this collection, during a time frame that included the opportunities to bid and buy in the Garrett family, Norweb family, Louis E. Eliasberg, Harry W. Bass Jr., Virgil M. Brand, and other sales when these old-time holdings crossed the block. Today even in theory, few such properties exist to be sold.

The venue for this sale is Evergreen House, the ancestral mansion of the Garrett family. Two important collectors—T. Harrison Garrett and his son, Ambassador John Work Garrett—called this their home. In these halls one of the greatest of all American collections was formed.

Lot viewing for part 5 of the D. Brent Pogue collection will be held at the Baltimore Convention Center in Room 307, beginning on Tuesday, March 28, and continuing through Friday, March 31, from 9 a.m. to 6 p.m. The entire sale is available for viewing and bidding at StacksBowers.com.   ❑