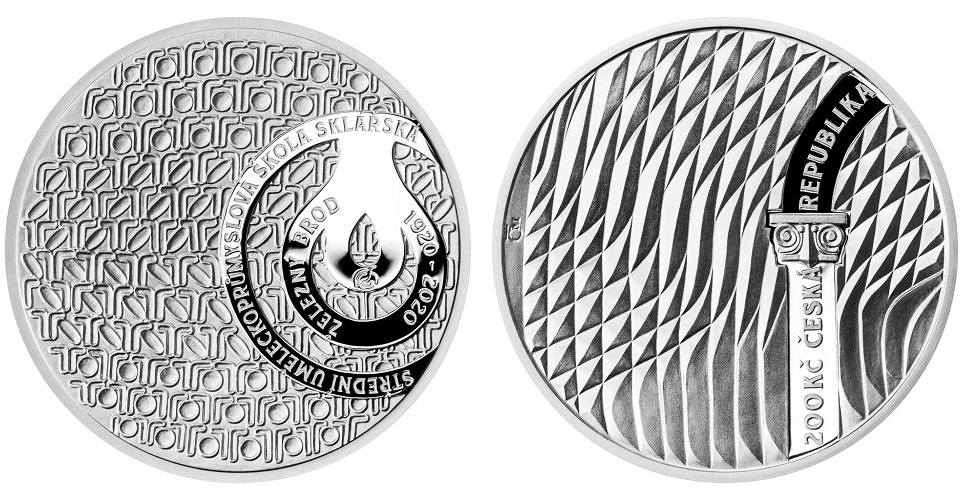 The Czech Republic National Bank has issued (18th June) new silver collector coins in celebration of one of the country’s most prestigious institutes of manufacturing and design. Glassmaking and production are one of the Czech Republic’s oldest products due to the availability of the elements needed for glass production.

The High School of Applied Arts for Glassmaking in Zelezny Brod was founded in June 1920 as a connection with the new republic’s efforts to support and develop the traditional industry. The academy was the first Bohemian Glass School whose aim is to educate and encourage glass professionals in all aspects of glass creation.

Going back to the Middle Ages, the Pojizeří region was known for its precious stones and jewellery crafts, but as their deposits and mines began to dwindle, the locals had to find another source of livelihood. Fortunately, they still had a wealth of water, wood, and silica sand at their disposal, and with the lack of those precious stones so often relied on, craftsmen decided to replace various amethysts, agates, and jaspers with the production of glass stones. However, what began as a mere imitation would end up conquering the world in the following centuries. Over time, reputation and artisanship of Czech glass managed to overshadow their Venetian competition, which was once considered insurmountable. The town of Železný Brod would go on to play an important role in the expansion of Czech glass production. It is primarily here where for generations various glass beads, buttons, rings, necklaces, handbags, and chandelier trimmings were produced and then exported to entrepreneurs from neighbouring Jablonec nad Nisou to all corners of the world. This industry reached completely new heights after the Secondary School of Glassmaking in Železný Brod was founded in 1920. The school soon built an excellent reputation for developing the talent of a number of artists who have achieved world fame. For a hundred years now, young people have been acquiring not only artistic, craft, and technical skills, but also a sense of lasting importance.

The coins minted both in Brilliant Uncirculated and Proof quality are produced by the Czech Mint at their facilities in Jablonec nad Nisou and are designed by artist Luboš Charvát. His design was chosen from a selection submitted to the National Bank for his composition with elements of cut glass from school works, which are artistically connected with both the school’s architecture and their emblem. 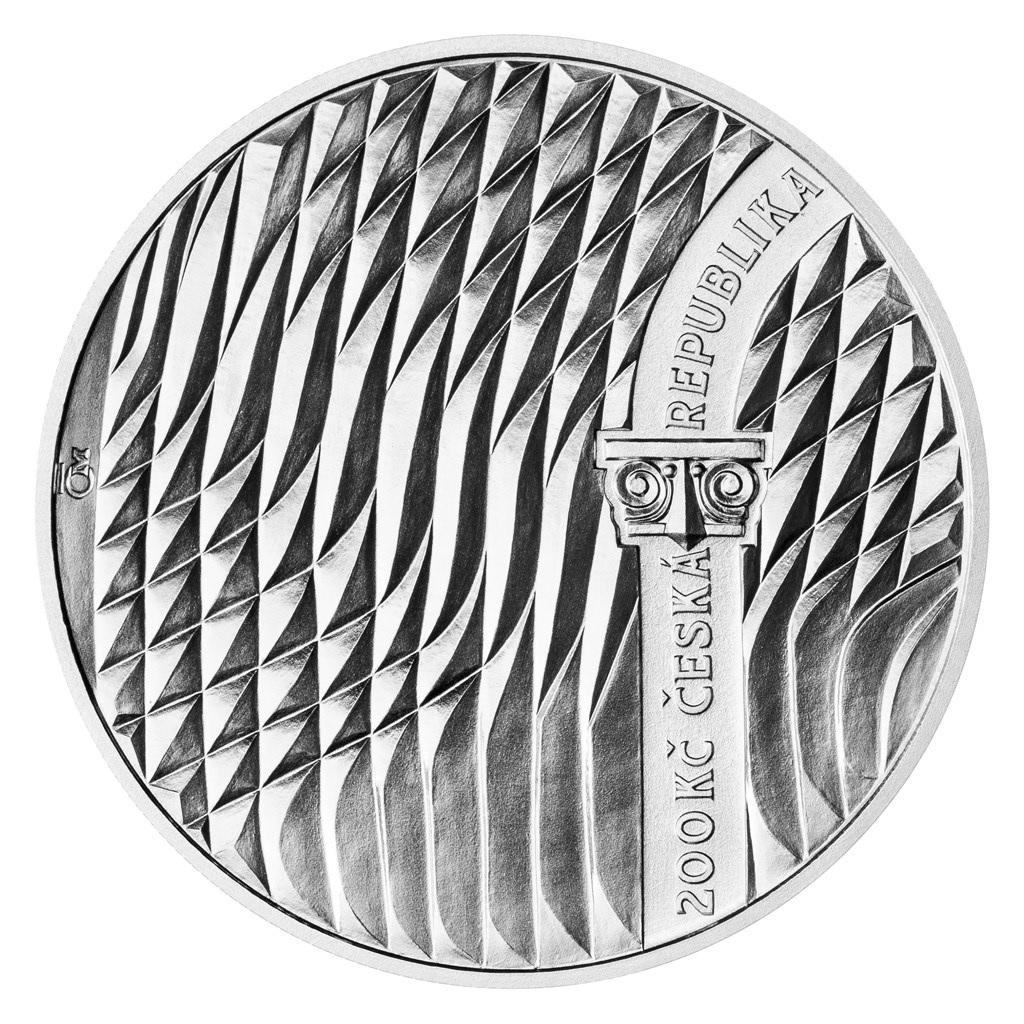 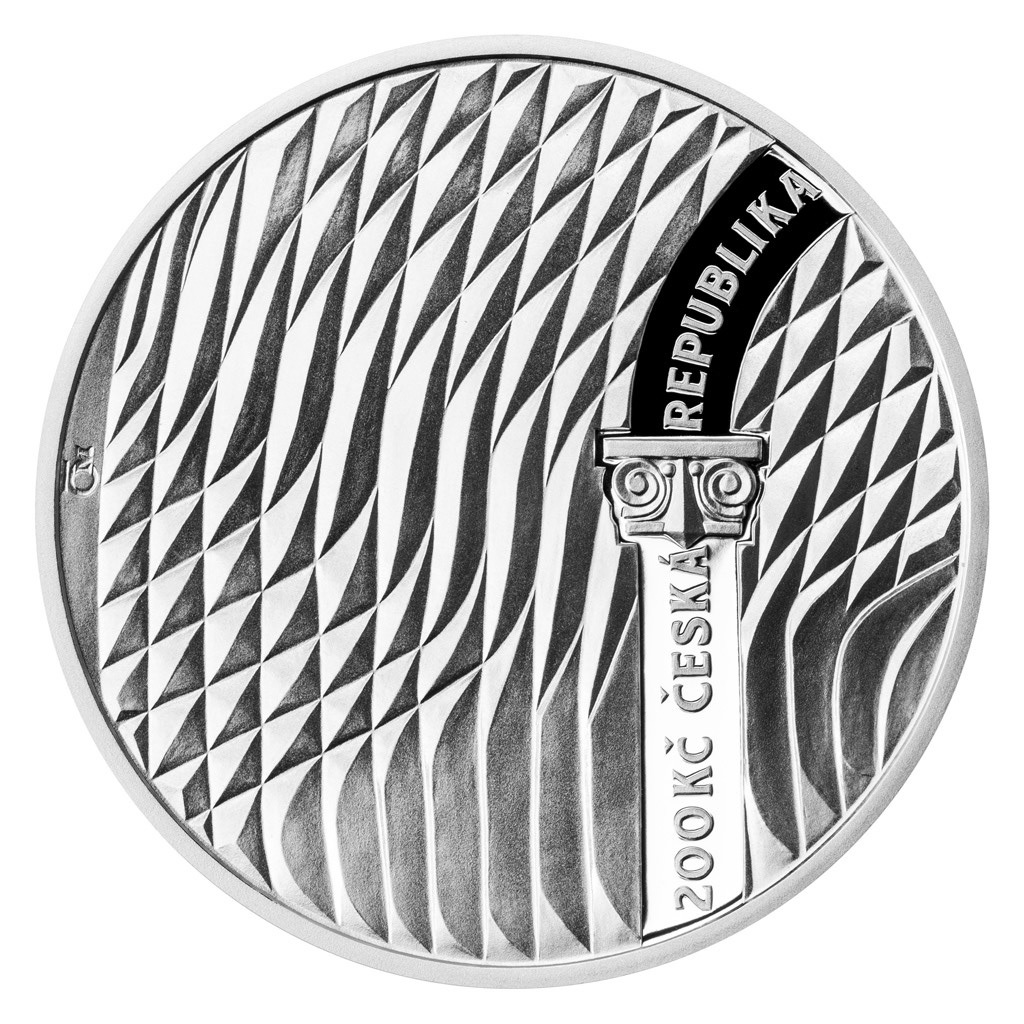 The obverse side of the coin features a cut lead crystal plate, into which a fragment of the entrance portal to the school is incorporated. The denomination and abbreviated monetary unit 200 Kč and the text ČESKÁ REPUBLIKA are situated inside the fragment of the entrance portal. The mark of the Czech Mint, in the form of the letters “Č” and “M,” is located near the left-hand edge of the coin. 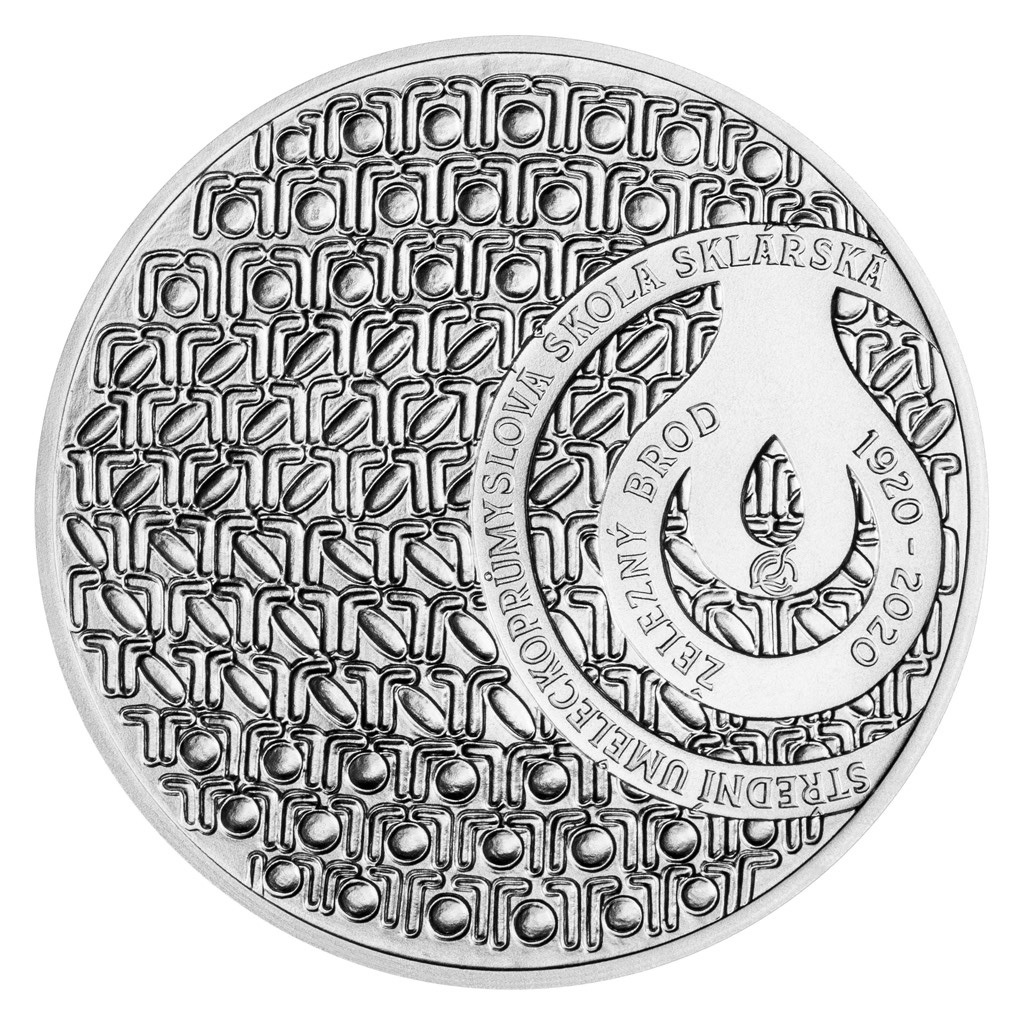 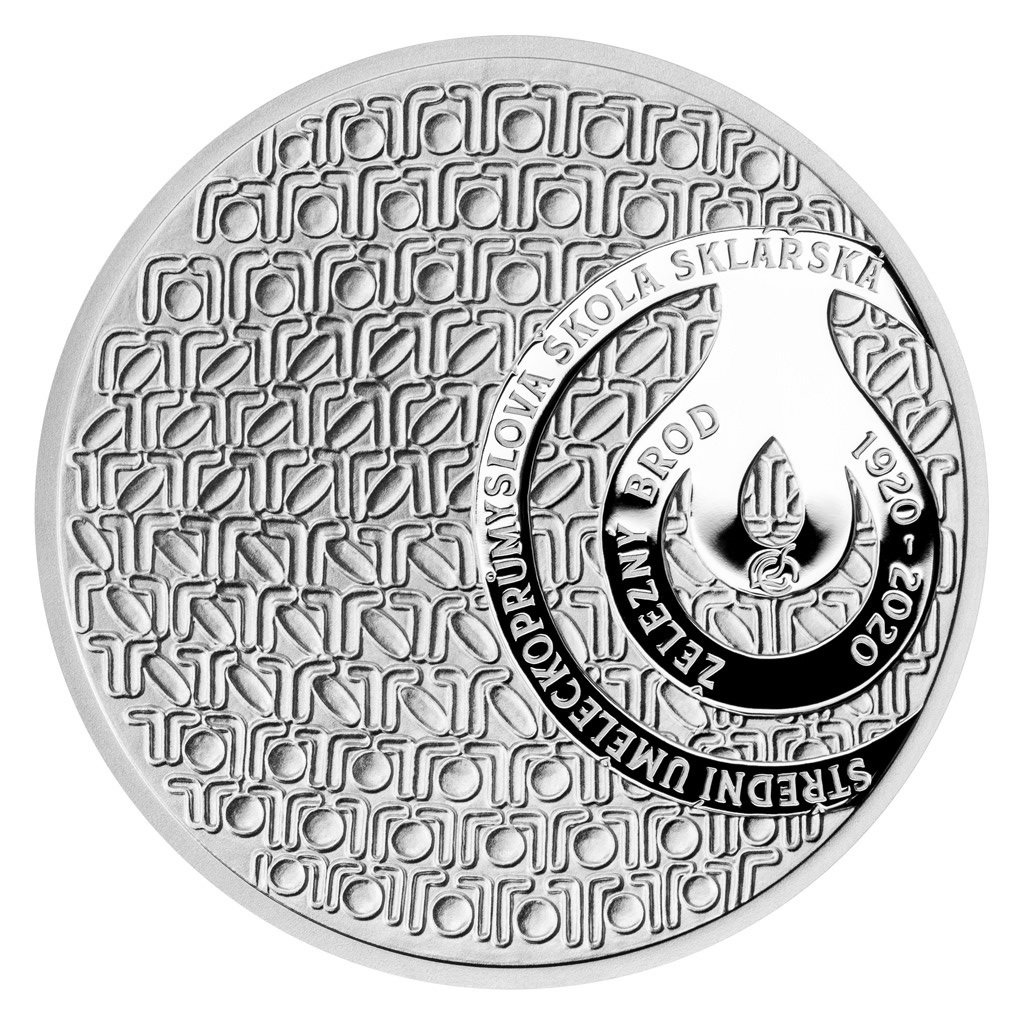 The reverse side of the coin also depicts a cut lead crystal plate, into which the school emblem with the text STŘEDNÍ UMĚLECKOPRŮMYSLOVÁ ŠKOLA SKLÁŘSKÁ, ŽELEZNÝ BROD, and 1920-2020 are incorporated. The initials of the designer, Luboš Charvát, in the form of the interlinked letters “L” and “CH” are located in the centre of the emblem. 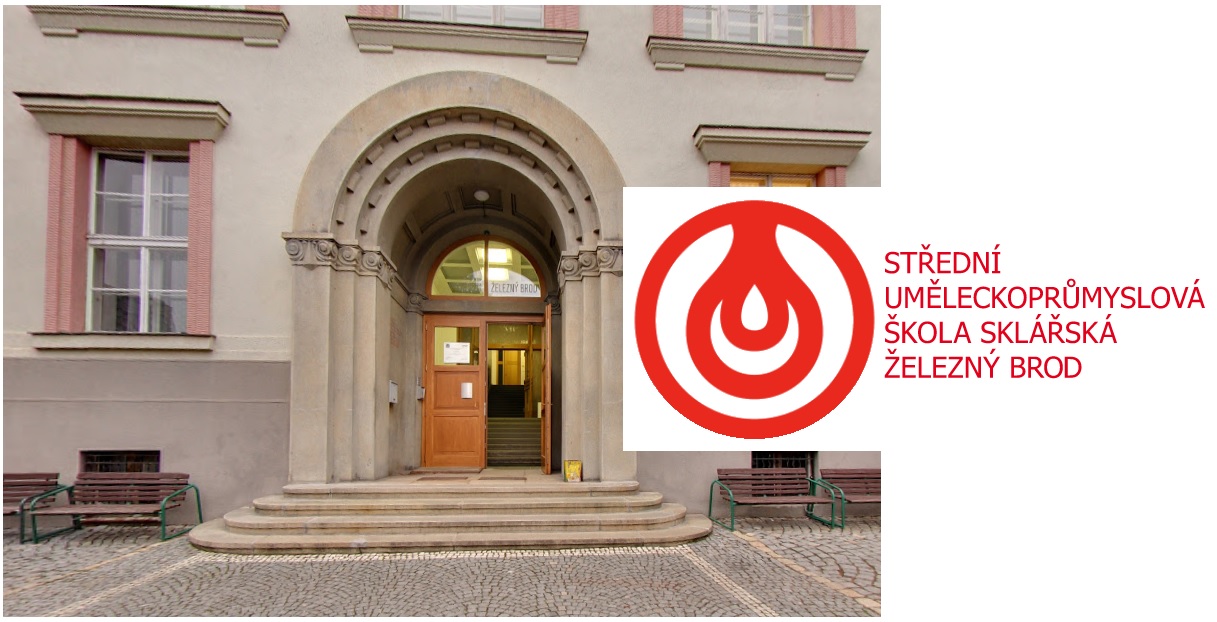 The Proof quality coins include an inscription on the flat edge while the edge of the Brilliant Uncirculated versions is reeded. The Proof coins are encapsulated and presented in a blue plastic cast case, accompanied by a certificate of authenticity. For additional information about this coin and other collector coins produced by the Czech Mint, please visit their website.

Collectors may also inquire about purchasing collector coins by e-mailing the Czech Mint directly at .