My local coin dealer is one of my best friends and, at times, business partner, as we buy and sell to each other in his shop or our coin club auctions.

But two things he said to me recently caused me to change how I collect when it comes to grades and holders. He doesn’t know he had that influence, but he will when he reads this column.

The first thing: What he said had been said to me before at coin shops in Des Moines and Omaha–perhaps a dozen times in the past several years. The discussion this time revolved around an 1883-S Morgan Dollar in an older small ANACS holder, graded AU55 with a retail value of around $150-170.

He noted the ANACS holder and said he graded the coin about XF45, worth $50. He hesitated even about paying that.

I looked at the coin and, because it was mine, my bias put the grade at about uncirculated. Nonetheless, I sold him the coin for $50, thanked him, and then headed to my bank box to retrieve the rest of my ANACS Morgans.

The second thing: What he said had never been said to me before in any coin shop or by any collector. “You know, when it comes to ANACS, you don’t have to crack open holders when you send to PCGS. Just send the coins in their holders to the company and pay the crossover grade. You can do the same thing with NGC.”

“Won’t they always grade lower because ANACS is a rival?” I asked.

“They’re professionals and will grade according to their standards.” 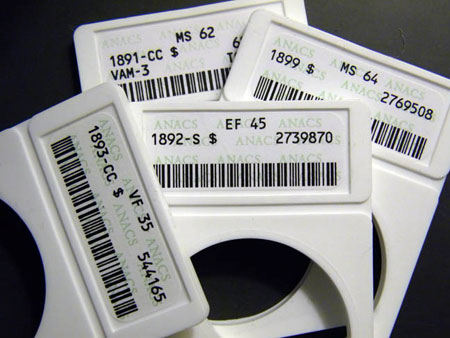 The only grade that came in lower was the 1892-S, downgraded to VF35 in a PCGS holder. Since then I have sent five more ANACS coins to PCGS as crossovers, not becaue ANACS isn’t a fine grading company; it is. I was proud of those ANACS coins, and I’d recommend the company to anyone. Moreover, it is obvious that PCGS respects ANACS because it downgraded only that one coin.

1. Let’s say, for argument’s sake, that 1 in 8 ANACS coins are overgraded–something I actually believe. I also believe ANACS occasionally grades tougher than PCGS. But I have grown weary with dealers undercutting value because of the holder (same applies to IGC). Yes, I understand that customers might pay more for PCGS and NGC, so there is logic behind the undercutting.

2. Because PCGS does respect ANACS, now I send coins in its holders as crossovers, as long as those coins are not labeled with downgrading details, such as “cleaning” or “artificial color.” Rather than cracking those holders open to submit the coins as raw, I can be relatively sure that my coins will receive a fair grade and not be put in a “genuine” PCGS holder, although I suspect occasionally that happens.

Does that mean I won’t purchase coins in ANACS holders? Quite the contrary. I find that buyers who also compete in set registry competitions often overlook ANACS and IGC coins, so I bid on them, win them at discount, and send them to PCGS as crossovers. 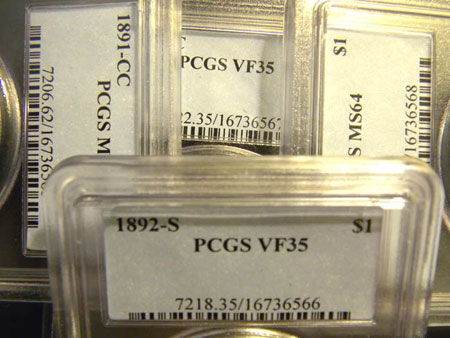