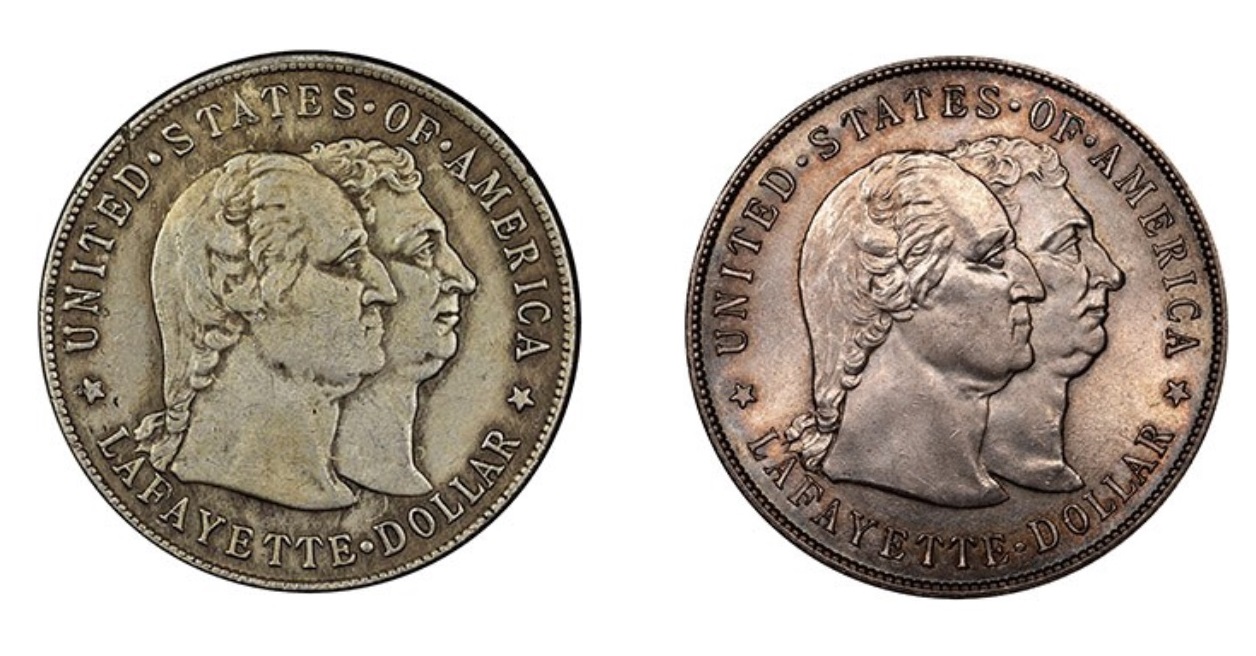 The “wear” on a coin never intended to circulate is a clue that it’s not of noble origins.

The Lafayette dollar was struck to commemorate the contributions of Marquis de Lafayette, a renowned 18th-century French nobleman who left his life of privilege in France to help the American colonies fight their British overlords.

With his contributions in mind, when the United States was invited to participate in the Paris Exposition of 1900, leaders thought a fitting contribution would be a statue of the Revolutionary War hero. In order to help pay for the statue, the striking of 50,000 silver dollars honoring Lafayette was authorized. The coins were to be sold for twice their face value. In the end, only 36,000 pieces were sold, making this coin quite scarce and valuable today. 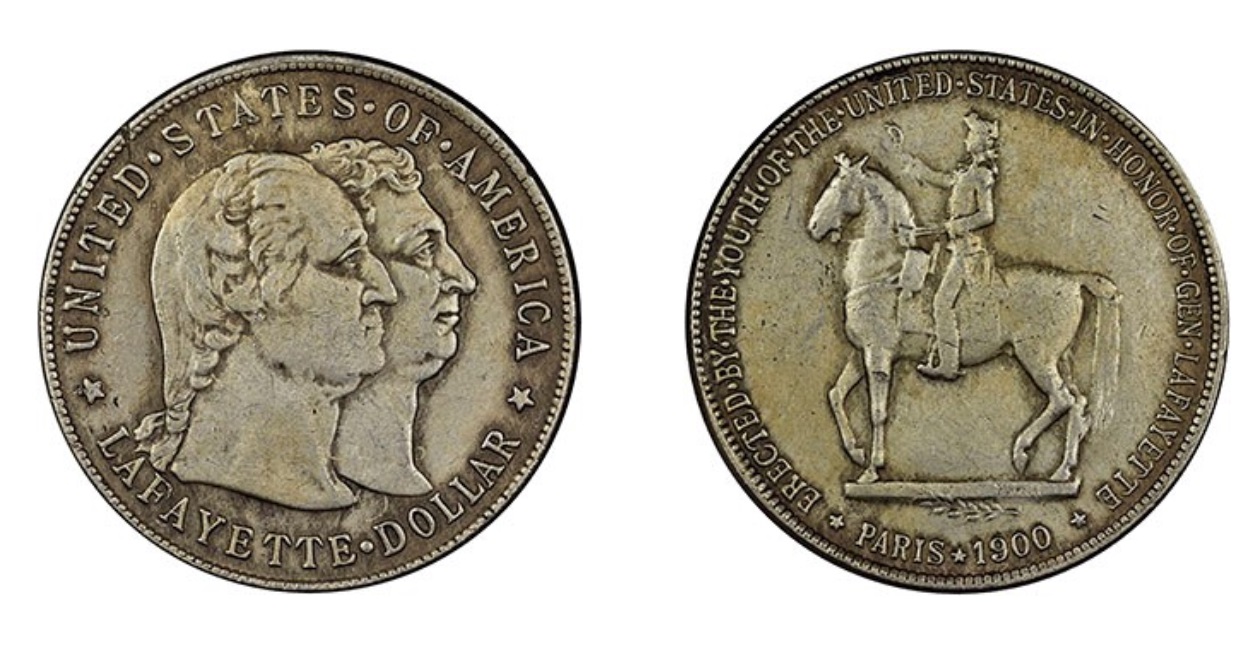 At first glance, this coin appears to be a rather well-circulated example of a Lafayette dollar. However, one must recall that these were not struck for circulation. In fact, out of the over 2,600 examples that have been graded by NGC, 86% were in Mint State 60 and above, and only 2.4% were graded lower than Almost Uncirculated 50, which this piece clearly is. That should immediately raise red flags with the piece pictured above. 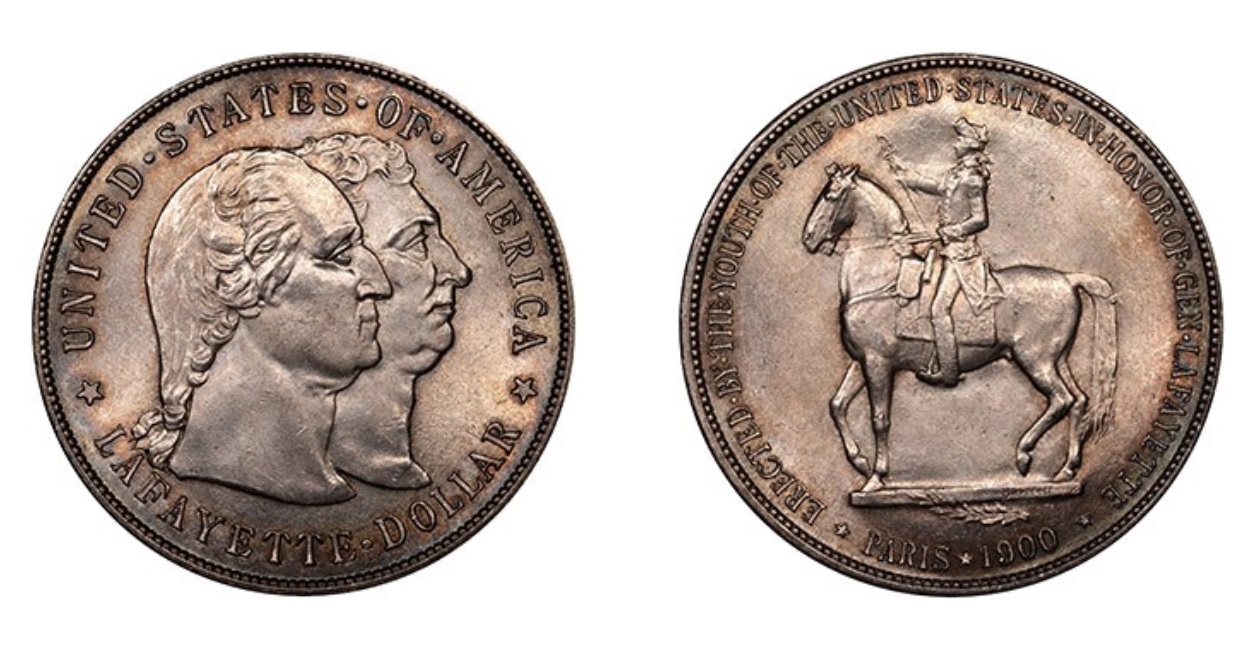 While this coin has indeed been worn, it appears that much of the lack of detail is from poor workmanship on the dies used to create this fake. Note the extreme lack of detail, especially on the reverse when compared to the genuine example. The surfaces are also extremely pitted, which would not be seen on a genuine U.S. Mint coin. 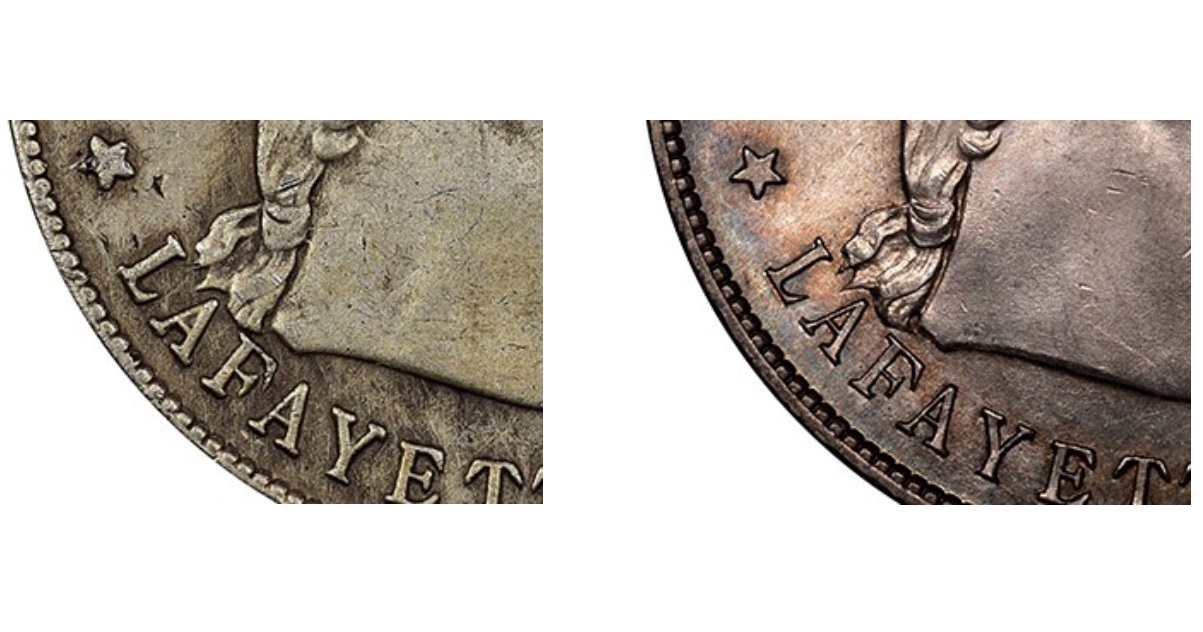 It is also easy to see the difference in the lettering. Note how rounded the letters are on the counterfeit, whereas they are flat on the genuine example. The poor quality of the false dies led to the letters not being fully formed.

In addition to the obvious issues with the coin visually, the coin is a bit underweight at 26.5 grams, which could be attributed to the “wear.” However, a real Lafayette dollar would be struck in 90% silver and 10% copper, but this counterfeit has a composition of 64% copper, 29% zinc, 6% nickel, and only 0.65% silver.

While this counterfeit is not particularly deceptive, the artificial wear that was applied to it by the counterfeiter is meant to make the extremely weak details less noticeable. As always, coins graded and encapsulated by NGC are guaranteed to be genuine.