A close examination of the mintmark reveals this coin’s true nature.

In 1926, the Denver Mint struck some 5.6 million Buffalo nickels, which is nearly 6 times the San Francisco Mint’s output of 970,000 that year; the lowest in the series. While clearly this is not a terribly low mintage on its own, the coins were often very poorly struck. This, plus the fact that many of them went directly into circulation, means that the 1926-D Buffalo nickel is quite rare today in Mint State.

Recently, the NGC grading team saw this example, which was submitted by a collector.

At first glance, nothing really seems amiss with this coin. It seems like an average-quality Mint State Buffalo nickel. It even has a weak strike reminiscent of a Denver issue. However, a closer look at the mintmark reveals this particular coin is an altered piece. 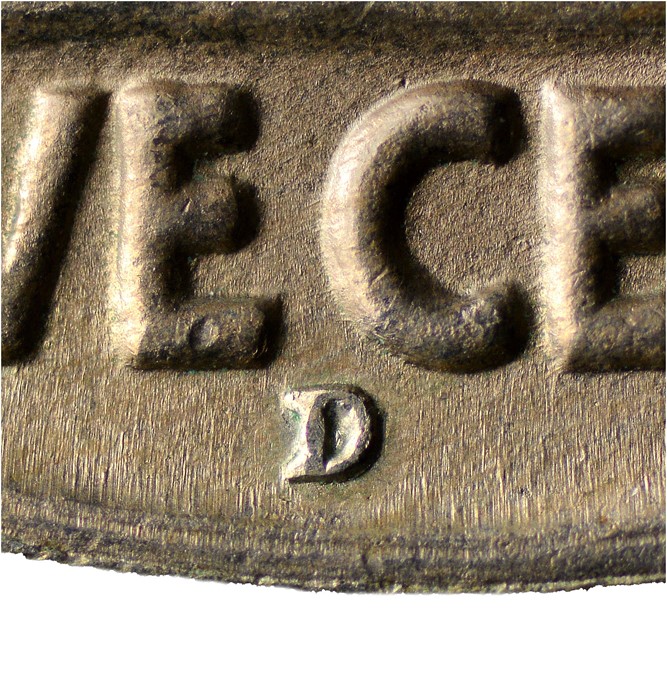 As you can see from the photo above, the “D” mintmark has an odd area of smooth metal around it where the die flow lines have been disrupted. This area is also slightly darker than the surrounding metal and has a slight green tint to it. This discoloration is caused by the glue that the forger used to attach the mintmark to the surface of the Philadelphia-issued coin (whose 1926 mintage was 44 million). It is possible that when it was originally created, it was a bit more deceptive, but time has caused the glue to deteriorate and alter the color surrounding it. 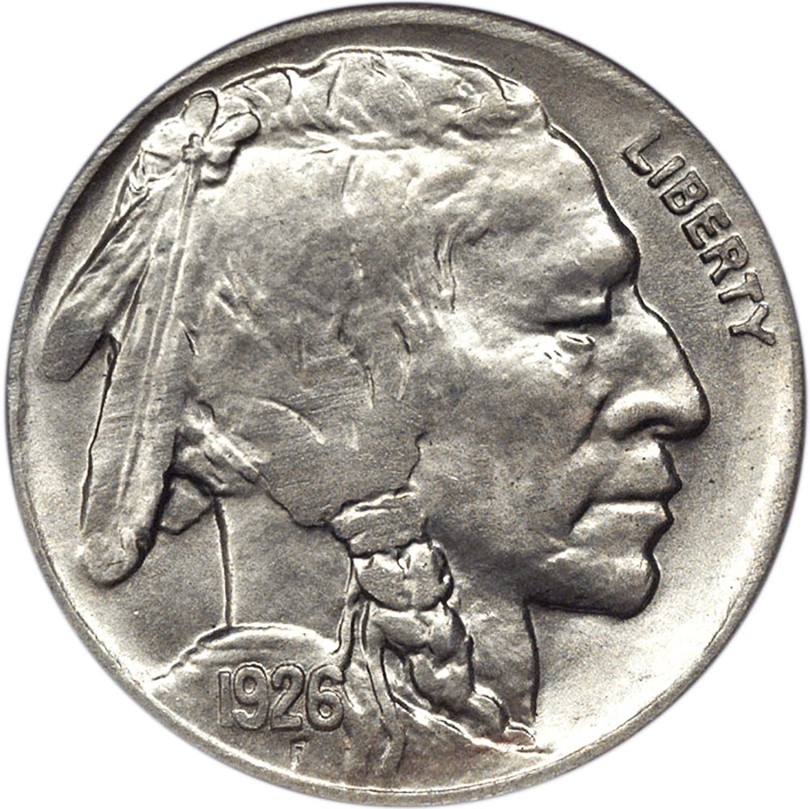 Above are photos of a genuine 1926-D Buffalo nickel. Note the even more extreme weakness of strike on the head of the Indian, the feather behind his head, and on the buffalo as well. Even though the forger was clever enough to select a weakly struck 1926-P Buffalo nickel as their fake, most 1926-D issues are even more weakly struck.

Whenever you purchase a key-date Buffalo nickel, in particular, it is important to be extremely vigilant. While this mintmark was simply glued on, another prevalent method of adding a mintmark to these coins is called embossing, and it is much more deceptive. It involved drilling a hole into the edge of a coin and using a specialized tool to actually push the metal up from the inside of the coin to create the mintmark. The hole on the edge is then patched, leaving a much more convincing fake.

Due to this, it is suggested that you purchase any key-date Buffalo nickel already graded by NGC, as any coin graded by NGC is guaranteed to be authentic and unaltered.