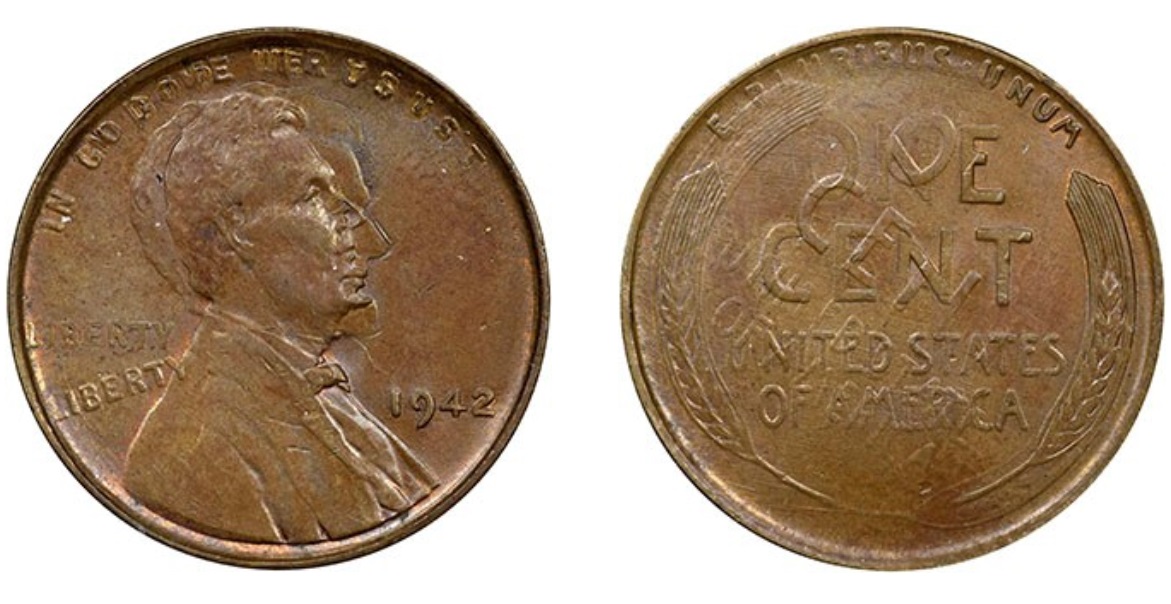 What looks like a double strike will make you do a double-take, but it’s not real.

The United States Mint has extensive checks and safeguards, with the aim of ensuring that every coin produced looks exactly the same as any other. Uniformity is the goal.

However, with billions of coins struck every year, inevitably, mistakes do sometimes happen. These mistakes (called Mint errors) often bring huge premiums to normal issues. The difference in value often increases with the age of the coin. Because of this increased value, NGC often sees forged Mint errors like the one below.

An in-collar double struck 1942 Lincoln cent with such severe rotation would likely be worth hundreds of dollars. Compare that to the five to 10 cents a regular 1942 Lincoln cent in this condition would be worth, and you will understand why forgeries like these are made.

This is a genuine 1942 Lincoln cent, but the secondary strike was from false dies. The forger knows that double struck coins like this one always look very odd and is using that to fool an unsuspecting buyer. 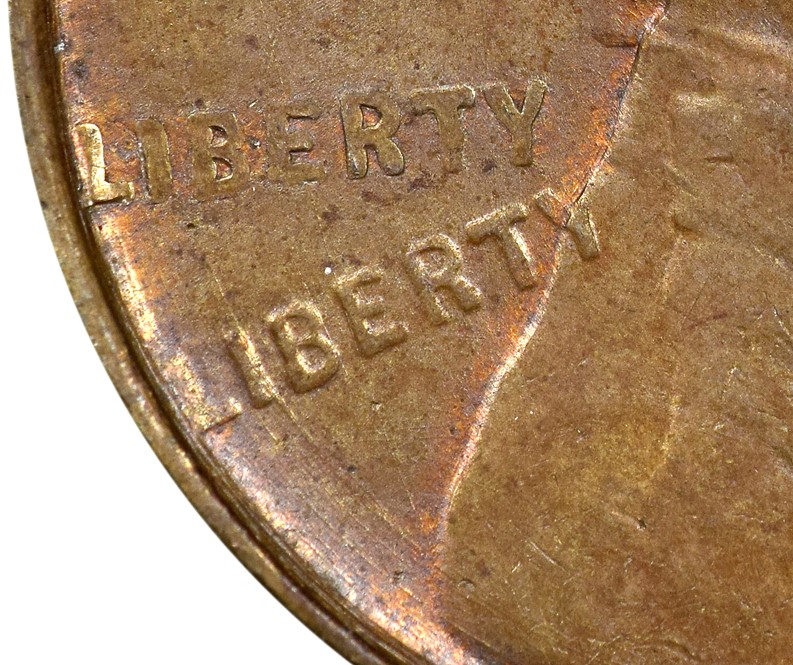 In the photo above, the top LIBERTY is the genuine strike whereas the bottom one is from a fake die. Even though the bottom strike came after the first one — which should have all but obliterated the original strike — somehow those letters still seem better struck than the rounded and weak strike from the false die.

Additionally, note the concentric lines running through and below LIBERTY. Those are likely remnants of the methodology that the counterfeiters used to create their dies. These would not be seen on a genuine U.S. Mint coin. 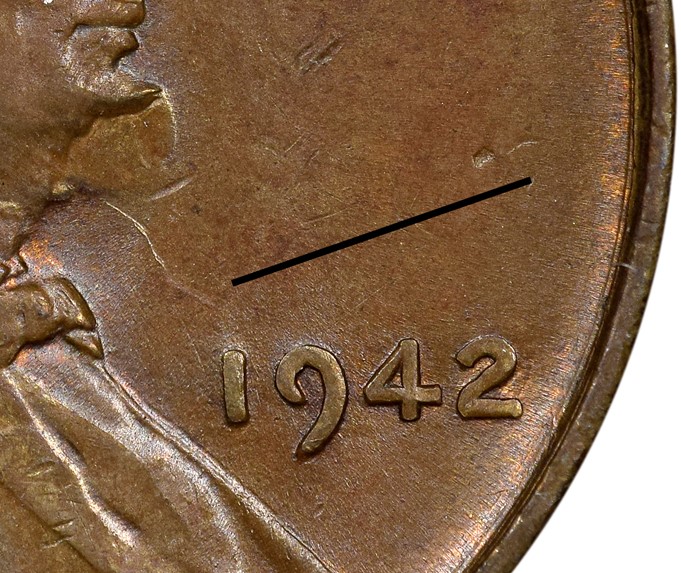 Close-up of original date and line marking where secondary date should have been. Image by Numismatic Guaranty Corporation.

It seems that perhaps the forgers created a date-less die so as to be able to use it on any date of Lincoln cent. The black line above shows where the date should have been in relation to the secondary LIBERTY impression from the false dies. There is literally no disturbance of the field whatsoever, and the original date is bold and unaffected. This is simply not possible on an in-collar double strike.

Even a genuine Mint error can be confusing to look at to try to determine how exactly it was created. Fake errors like these are especially concerning because they are struck on genuine U.S. Mint coins, so they will be of the proper weight and metallurgical alloy. If you are concerned about your ability to authenticate coins, either with or without Mint errors, it is always prudent to purchase coins already graded by NGC, as they are guaranteed to be genuine.

Buyers and sellers taking advantage of gold and silver prices but some inventories are low, say bullion dealers