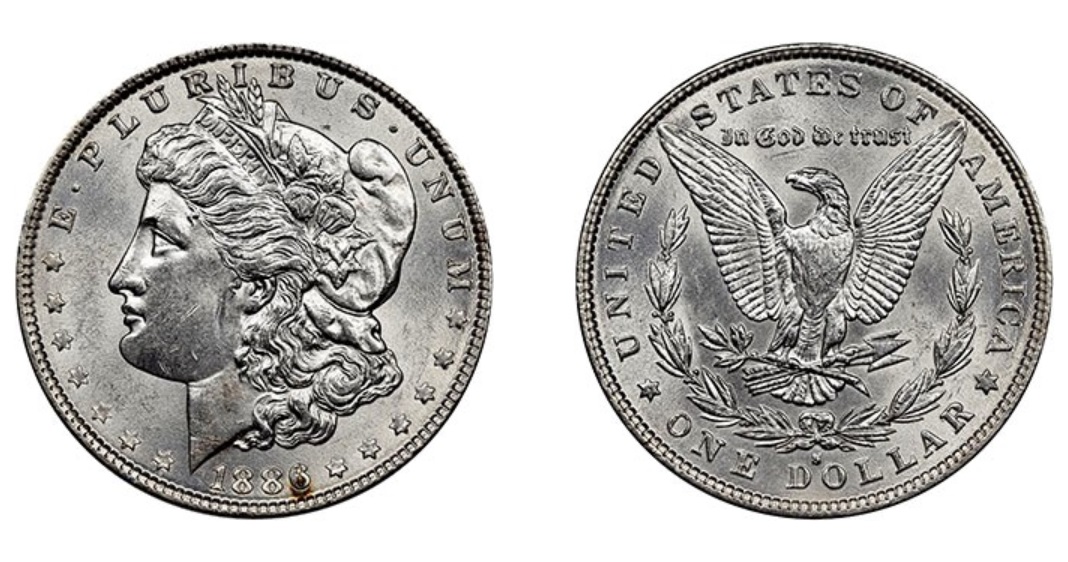 1886 Morgan dollar with an added “S” mintmark. Hover to zoom.

Beware: The alteration on this coin was done in one of the most convincing ways known.

In 1886, nearly 20 million Morgan dollars were struck at the Philadelphia Mint. On the other coast, the San Francisco Mint struck only 750,000 the same year. Of course, this difference in mintage means that the San Francisco dollars are much more valuable today.

NGC graders recently saw this purported 1886-S Morgan dollar, which appears to be a low Mint State example worth upward of $400 to $500. Unfortunately for the dealer who submitted this piece, this coin has an added mintmark.

At first glance, nothing really seems amiss from the obverse or reverse of this coin. The only issue that a Morgan collector may notice is the luster on this piece is softer than a normal San Francisco example, which more often is seen with stronger, more defined luster bands. However, even a close look at the mintmark does not show anything that suspicious. If it had been added, it would usually show more evidence of a seam or discoloration around the mintmark.

The photos above show that the mintmark on this piece appears to be about the right size and shape as the genuine coin on the right. It is in a different position, but Morgan dollar dies have their mintmarks hand punched, so that isn’t necessarily an issue. So, where is the evidence of this being a forgery? The answer is the third side of the coin: The edge.

A small gray area can be seen on the reeding on the part of the edge closest to the mintmark.

The mintmark on this piece has been embossed from inside the coin. This is accomplished by drilling a small hole in the edge of the coin a precise distance until the forger can insert a tool directly under the mintmark area. They then activate the tool, which presses upwards, pushing the metal up in the shape of the desired mintmark — all without leaving a telltale seam that other added mintmarks have.

Note the gray area on the edge that lacks the natural toning of the surrounding reeding. This is caused by the forger covering their tracks. They have moved the metal using tools in order to replicate the original reeding on the coin and, in doing so, exposed the fresh, original metal. In addition, the shape of the reeding, which was sculpted by hand after the mintmark tool was removed, is also incorrect.

Embossed mintmarks are one of the most convincing types of alterations that can be done on a coin. It is always important to thoroughly examine key date coins for alterations to the date or mintmark. If you are unsure of your authentication abilities, coins graded and encapsulated by NGC are guaranteed to be genuine.