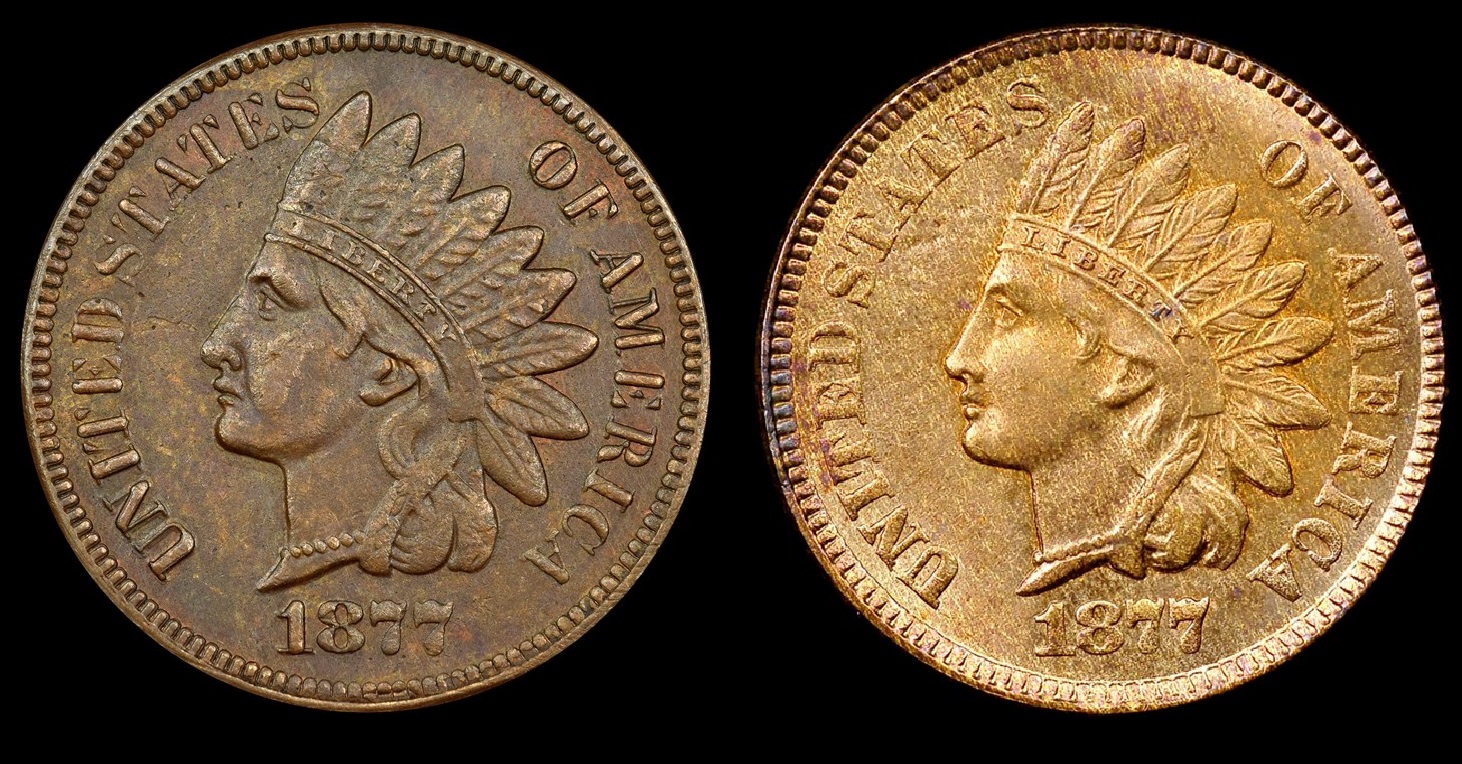 A difference in facial expression is among the many clues this coin is fake.

Although it had only the second-lowest mintage of the Indian Head cent series after the 1909-S, the 1877 issue is by far the rarest coin in the series today. The rarity of this issue is even greater than its low mintage suggests, and some researchers have speculated that the published figure is in error.

Reinforcing this notion is the fact that only two obverse dies for the date are known in combination with a single reverse. It would take a greater number of dies than this to produce 852,500 cents under the most ideal circumstances, and it may be that the published figure included some dated 1876 or even some reissued coins.

Due to this rarity, the 1877 Indian Head cent is a prime target for counterfeiting, and NGC sees numerous examples per week, including the one below, which was recently submitted for grading.

As you can see from the photo above, the counterfeit 1877 Indian Head cent is a poor imitation of the genuine coin. Of particular interest is the odd appearance of the lettering in the words UNITED STATES OF AMERICA.

While it is crisp and easy to read on the genuine example, it almost looks as if it were applied with a stencil on the counterfeit. The thinnest parts are simply completely missing from the die. Clearly, there was some issue with the die preparation of the counterfeit that caused this odd defect, which would never be seen on a genuine U.S. Mint product.

Additionally, note the lack of detail in the Indian’s headdress on the fake. Whereas the feathers are well-defined and easy to see on the genuine coin, they are extremely mushy on the fake. Lastly, the Indian on the forgery has an odd look on her face.

The reverse of the fake was executed better than the obverse but is still quite mushy overall. Note the rounded appearance of the letters as opposed to the sharp ones on the genuine coin.

In addition, the counterfeiters left another clue that, by itself, would single this piece out for a close examination. The reverse does not have a shallow “N” in ONE, which is apparent on almost all business strike 1877 Indian Head cents. Note the bottom right corner of the “N” and how it is not as sharp as the “N” in CENT.


This counterfeit 1877 Indian Head cent might fool some less-experienced collectors. In the last three decades, NGC graders have authenticated and graded over 3,000 examples of the 1877 Indian cent. If you are unsure of your authentication abilities, it is wise to instead buy one already graded by NGC, as it is guaranteed for both grade and authenticity.

Did you know? NGC has created a comprehensive Counterfeit Detection resource to help collectors and dealers identify counterfeit and altered coins.