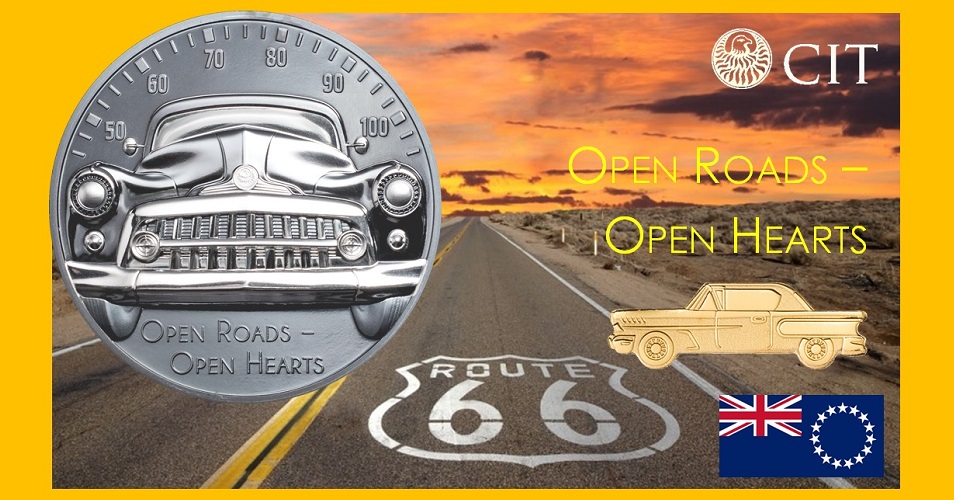 The treasury of the Cook Islands has released their latest coin which features classic modes of transport highlighting sea, air, and now, land. After the successful release of Fair Winds and Blue Skies, the third coin is dedicated to the never-ending thoroughfares of the world with Open Roads. This new coin will appeal to those for whom the journey is the reward and the real pleasure. After all, the roads open the eyes and the heart of the traveller, and each journey does begin with the first step. Open Roads is a declaration of love for the lifestyle and the worldview of the cosmopolitan automobile traveller. Previous black Proof issues featured an anchor representing Fair Winds and an airplane propeller denoting Blue Skies. The third issue features a classic American style car that recalls the early days of vast open highway cruising. 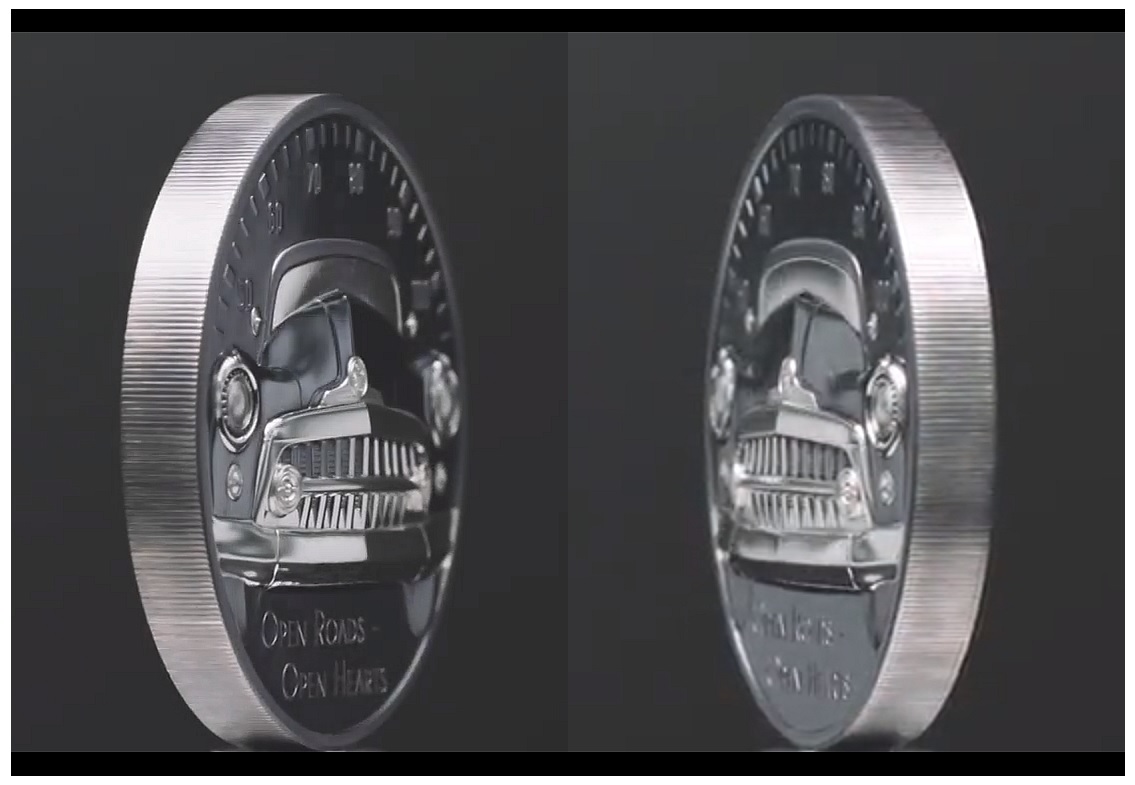 At the height of classic Americana culture of endlessly driving up, down, and across the never-ending highways throughout the U.S. were the road cruisers driven by Americans in the 1950s. This era marked the beginning of modern individual tourism, which became an obsession for many and resulted in some of the most distinct and eye-catching designs in automobiles anywhere in the world. Escaping from one’s daily life for a little behind the wheel action replaced mundane or predictable organised group travel and soon became the favourite leisure activity of an aspiring and growing middle class. The USA was the leader of this development, the cars catered to the growing tastes of road travel, and eventually, road movies and songs became an artistic landmark. So much so, that, to this day, every car enthusiast — especially those visiting the U.S. from other countries — wants to make that legendary journey in a classic car while getting their kicks down Route 66, just like the song says, at least once in their lives. 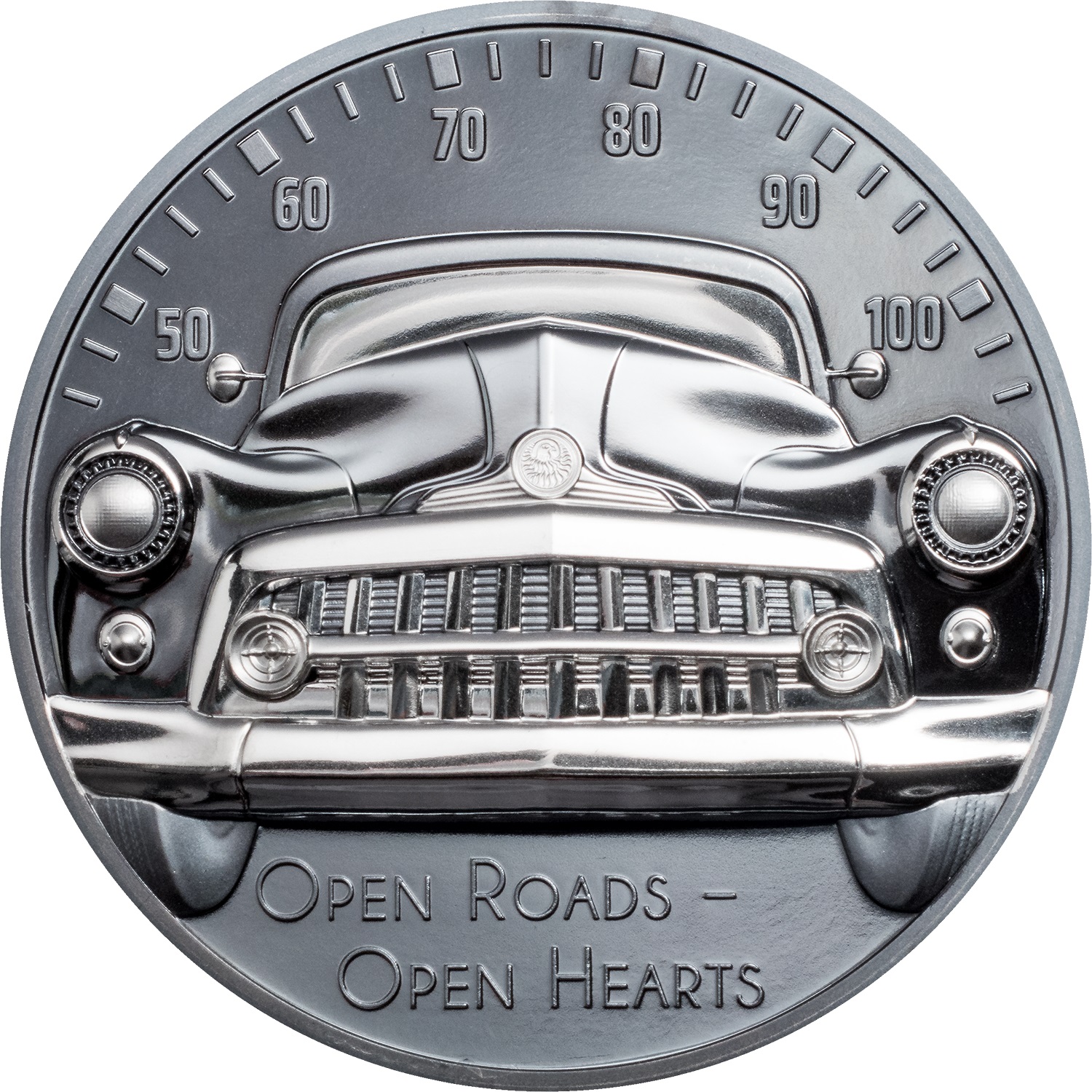 The coins are a special commission by the Coin Invest Trust (CIT), Vaduz, Liechtenstein and were produced at the B. H. Mayer’s Kunstprägeanstalt at their facilities in Munich on behalf of the treasury of the Cook Islands. Using their smartminting technique, the Proof finish, black silk elements, frosted areas, and the overall black Proof appearance, is minting on the highest level of sophistication. The reverse is designed as a compilation of the best elements of classic American road cruiser automobiles prevalent during the 1950s, the predominant element of American cars being their large exaggerated tailfins and bold chrome grillwork. The design features the front end of the car with the hood displaying the actual logo of CIT as a featured ornament. In the background above the primary design is a speedometer, and in the lower field is the inscription OPEN ROADS – OPEN HEARTS, arranged in two lines. 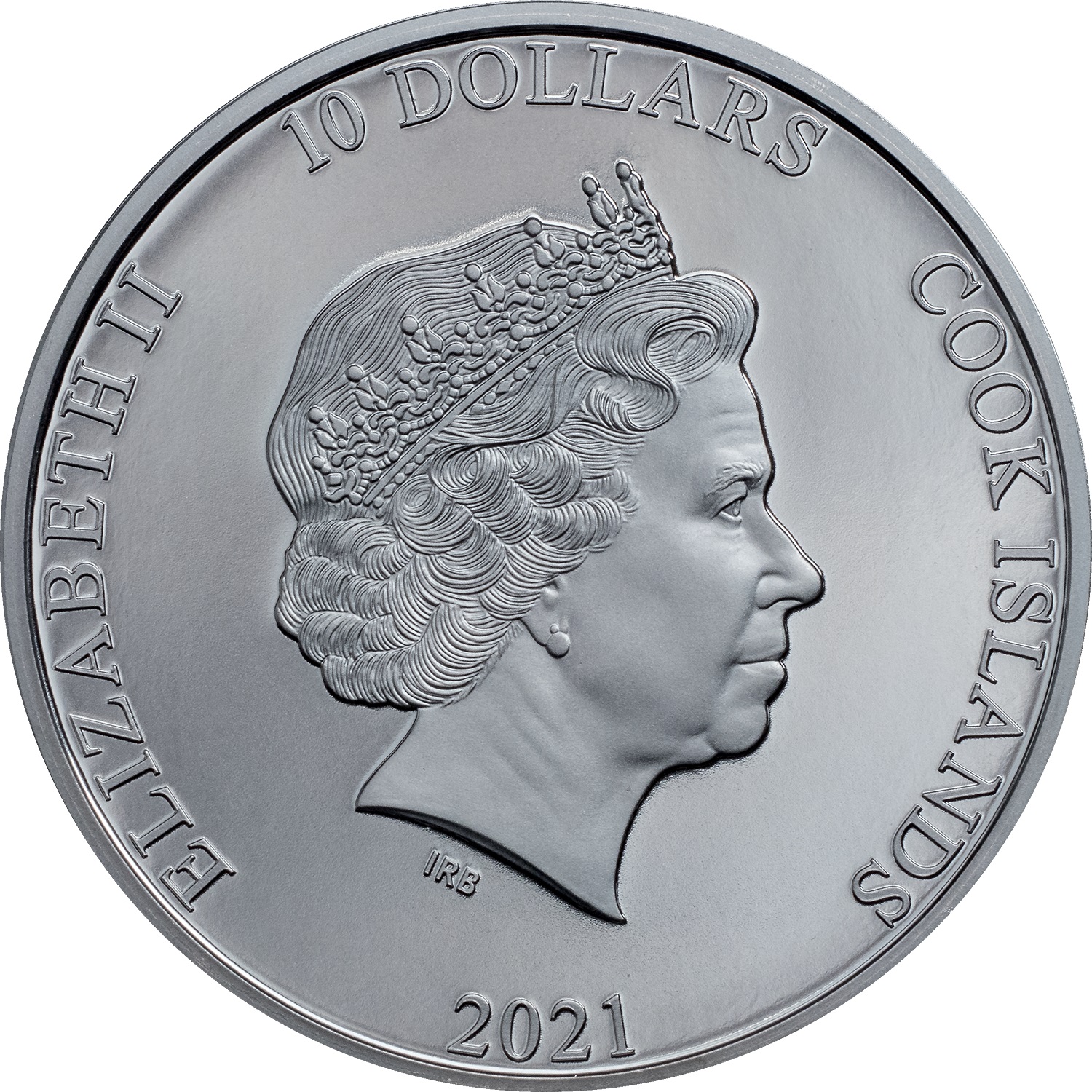 The obverse side depicts an effigy of HM Queen Elizabeth II created by British artist Ian Rank-Broadley. The denomination of 10 DOLLARS is shown above the Queen’s likeness and the issuing authority of COOK ISLANDS is placed to the right of the effigy. 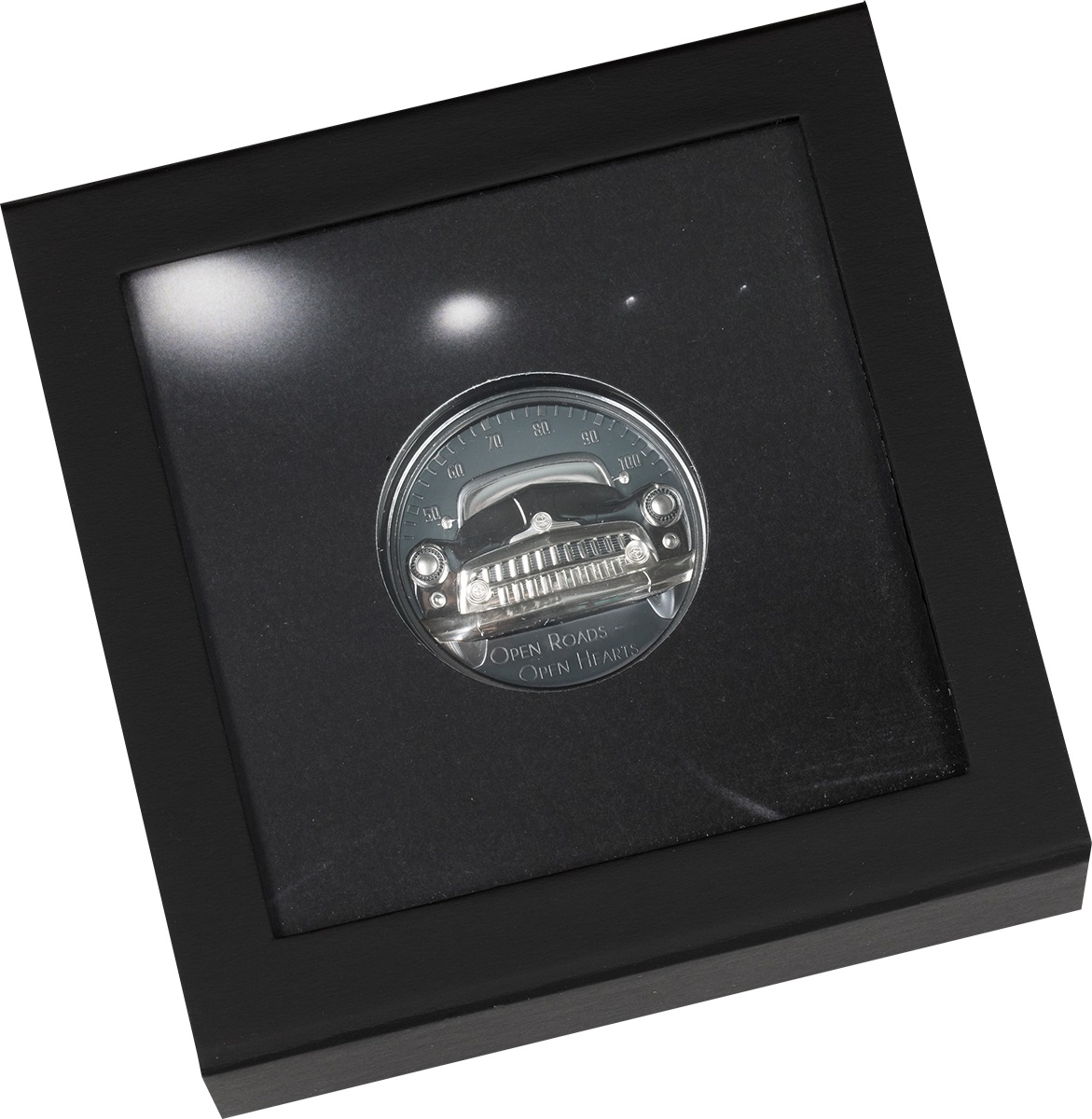 Each coin is enclosed in a shadow box-style display case and is accompanied by a certificate of authenticity. As part of the series, a smaller gold coin featuring the same theme is released alongside the larger silver version. By utilising the enhanced smartminting technology, the B. H. Mayer’s Kunstprägeanstalt is able to accurately illustrate the shape of a classic car on a 13.92-millimetre width surface while keeping the weight at half a gram.

For additional information about both coins, as well as distributors in your area, please visit the website of CIT.