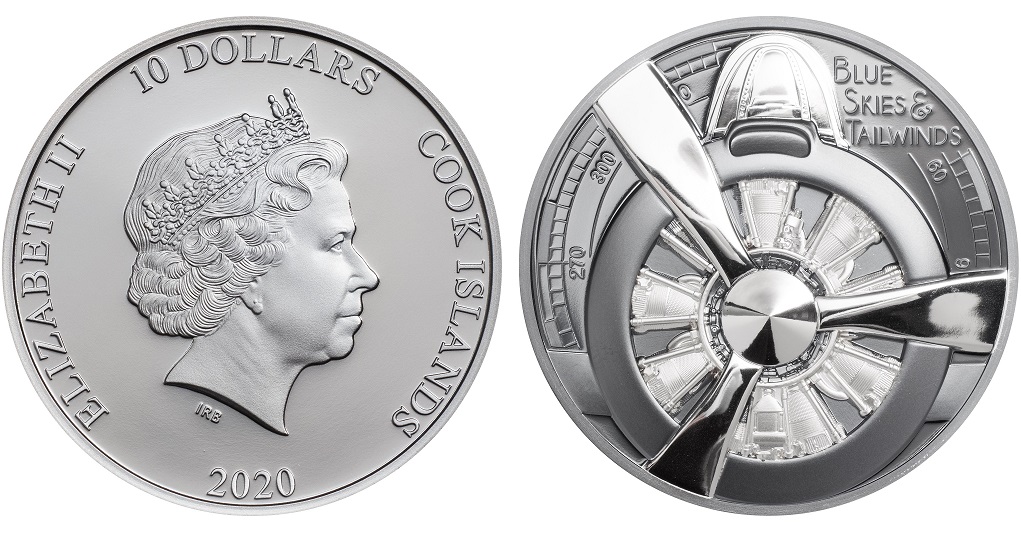 The government and treasury of the Cook Islands have authorised the release of new silver Proof coins whose focus is on the blue skies and to the feeling of unlimited freedom. There was a time when the luxury of flying in passenger airplanes or private two-seaters was still exclusive, and wanderlust was a longing that only very few people could satisfy, but today, things are very different. Following on last year’s successful theme of “Fair Winds,” which focused on sea travel, the 2020-dated coin picks up onto this feeling of unlimited freedom of air travel.

“Blue skies and tailwinds” are the words that are used by pilots to wish each other a safe flight. The greeting makes sense to anyone who has ever experienced a thunderstorm in an airplane and knows that air travel from New York to Europe is an hour shorter than the one in the opposite direction, because a favourable tailwind accompanies and propels the plane along. As such, the design for the Blue Skies coins features a particularly detailed product characterised by the contrast between the Proof high-relief of the propeller, the engine, the cockpit, and the dark surface. This is the result of a combination of sophisticated smartminting technology, piedfort striking, and the complex Black Proof technique application. 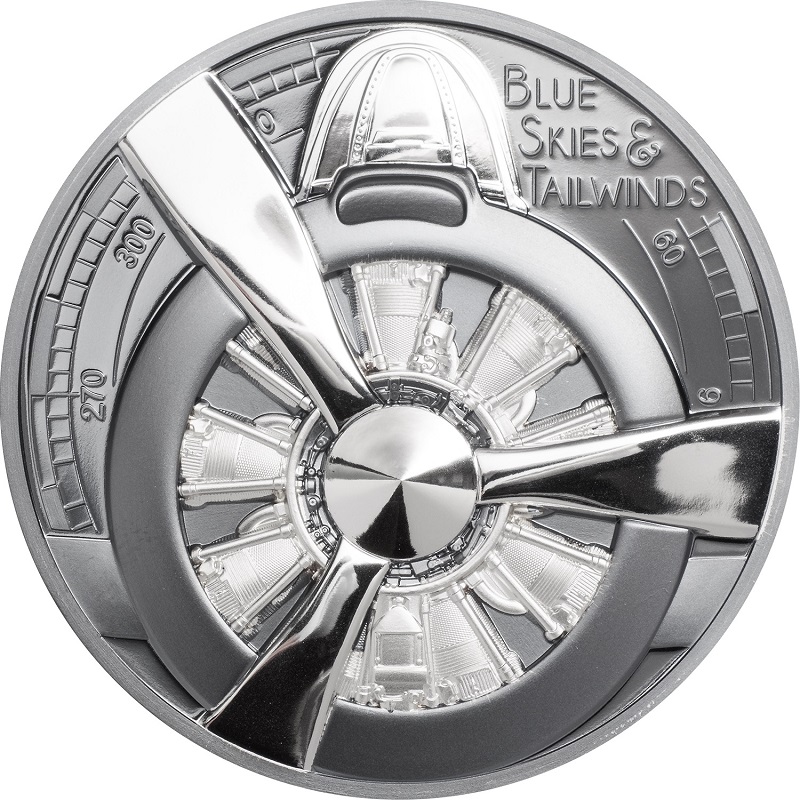 The coins are commissioned by the Coin Invest Trust international distributors, Vaduz, and produced by the B. H. Mayer’s Mint at their Munich, Germany, location, on behalf of the treasury of the Cook Islands. The propeller of an airplane dominates the reverse side. Behind it is the plane’s distinctive cockpit with a compass dial in the background. In the left field is the inscription BLUE SKIES & TAILWINDS. 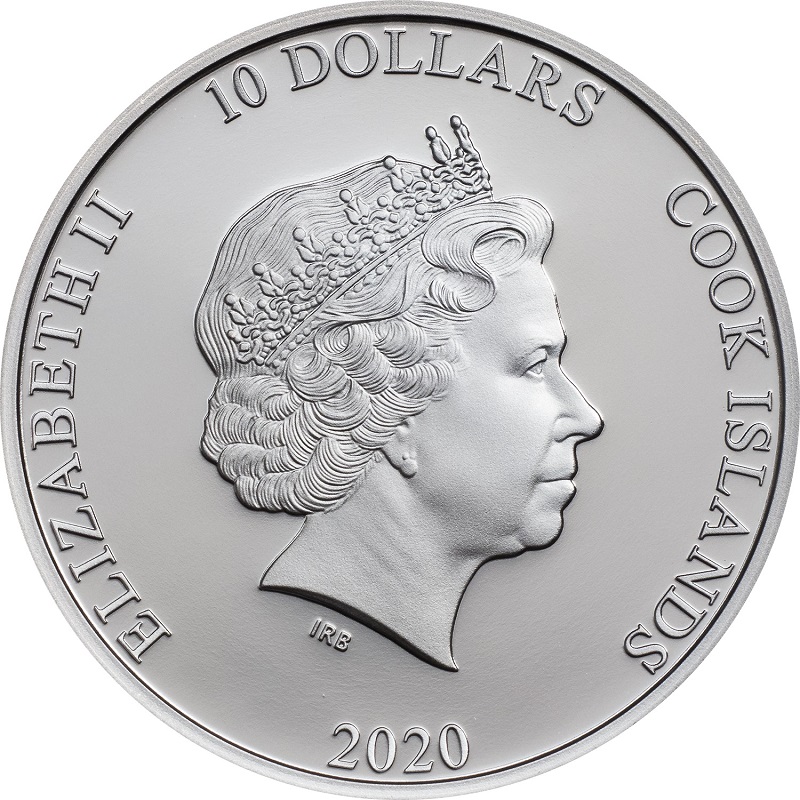 The obverse side features an effigy of HM Queen Elizabeth II created by Ian Rank-Broadley. The legend around the Queen’s likeness includes the year of 2020, the authority of issue COOK ISLANDS, and the denomination of 10 DOLLARS. 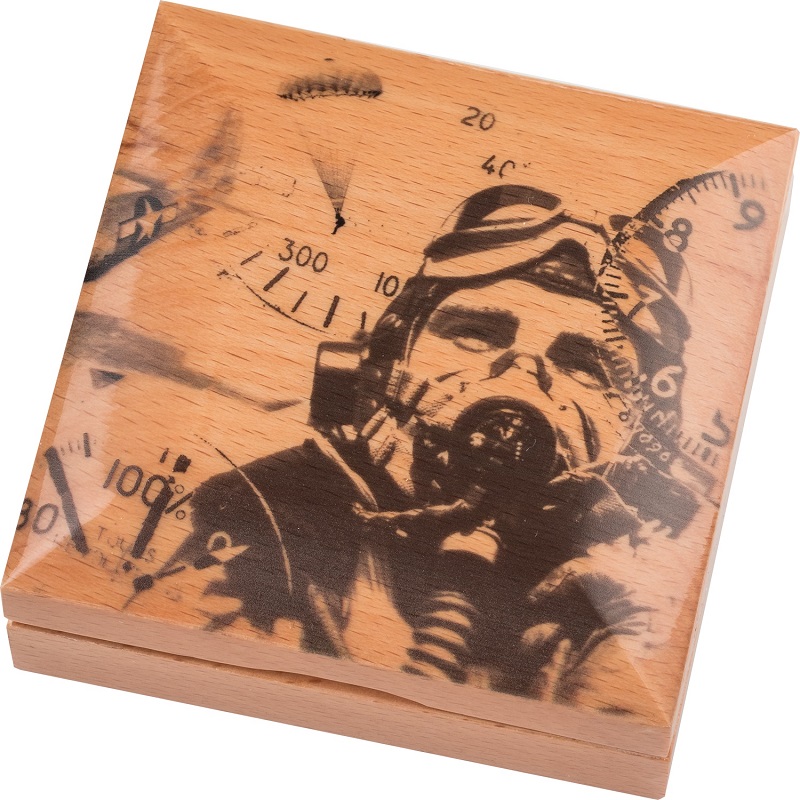 The coins are each specially encapsulated to accommodate both the piedfort strike and ultra-high relief reverse design. Each coin is presented in a custom hardwood case and is accompanied by a certificate of authenticity. For additional information about this coin and others issued by the treasury of the Cook Islands, please visit the website of Coin Invest Trust.