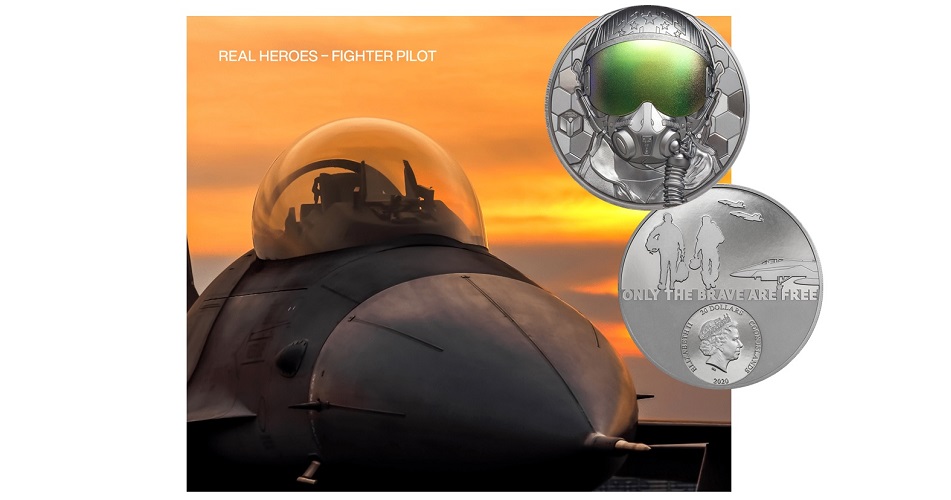 The government and treasury of the Cook Islands have released new impressively designed silver Proof coins which utilise smartminting technology to create a three-dimensional design which is dedicated to the real heroes of our time. Just who exactly are the real heroes of our time? They are those who make our everyday life a little bit safer, secure, and a great deal better.

The first coin which launches a new series is dedicated to Fighter pilots who are known to many, the knights of airspace. They are trained for air combat and should not be mistaken for bomber pilots. Since the First World War, they have been the elite of every army and are united across national borders by their code of honour. Being a fighter pilot requires steady nerves, an iron constitution, outstanding reflexes, and a high intelligence quotient (IQ) — in order to cope with the exhaustive training. When the Blue Angels, the Patrouille Suisse, or the Patrouille de France demonstrate their daring manoeuvres in the skies internationally, anyone seeing them probably dreams of sitting in a cockpit themselves while piloting a Hornet, a Tiger II, or an Alpha jet. Many young boys and men young and old have dreamed of getting behind the controls of some of the world’s most sophisticated fighter jets — especially after the release of the blockbuster feature film Top Gun. 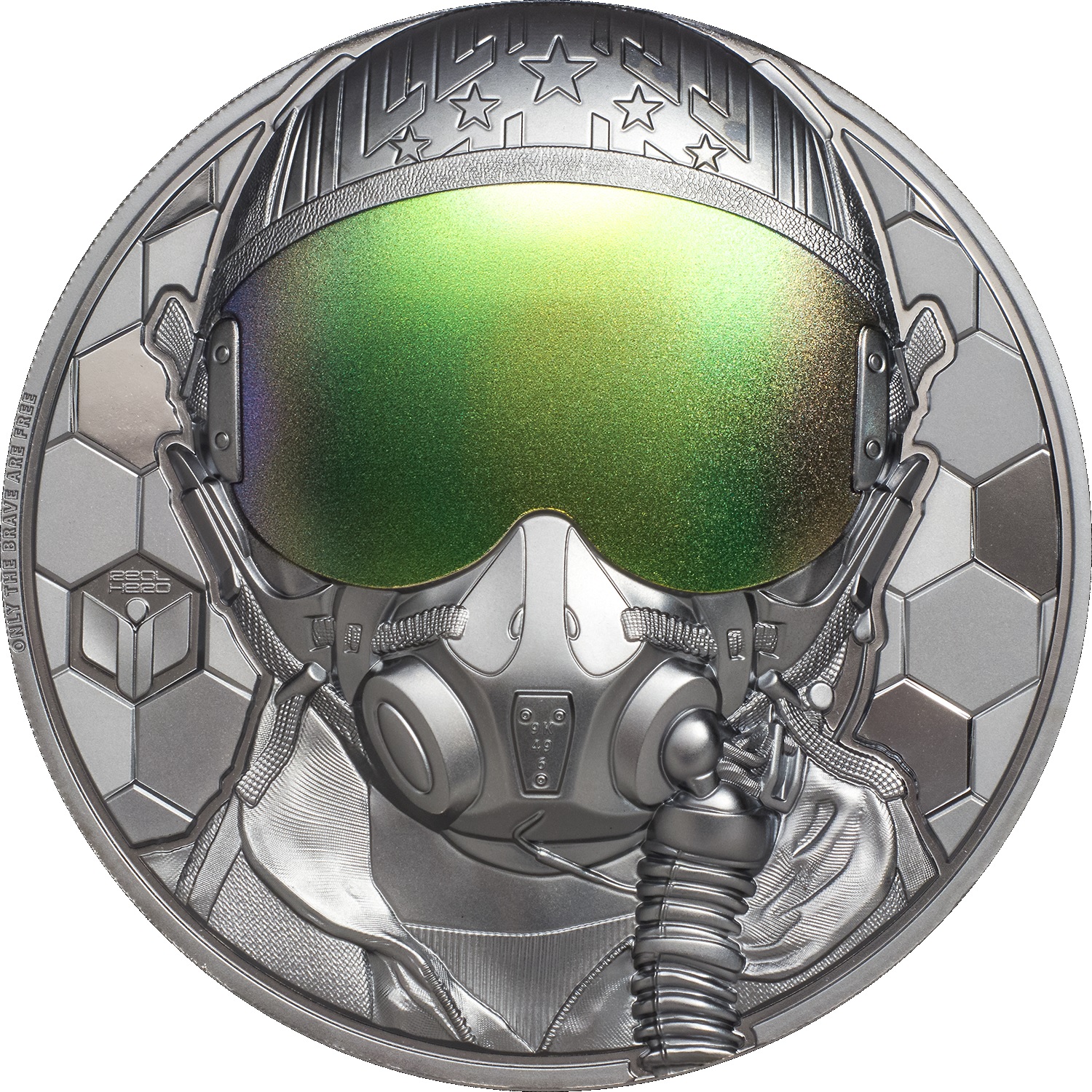 These intricately designed coins are produced by the Mint B. H. Mayer’s Kunstprägeanstalt, at their facilities in Munich, on behalf of the treasury of the Cook Islands. The coins are commissioned by CIT — Coin Invest Trust of Liechtenstein. Using smartminting technology on the reverse side, they have created the three-dimensional portrait of a fighter pilot wearing a crash helmet and an oxygen mask. The height of the relief is just as breathtaking as the pilot’s mirrored visor, which is shimmering green, brown, and purple — creating the impression of the pilot looking at the coin’s observer. The fighter pilot is in front of a honeycomb pattern with a REAL HERO logo to his left and in micro-lettering, along the rim, is the incused text ONLY THE BRAVE ARE FREE. 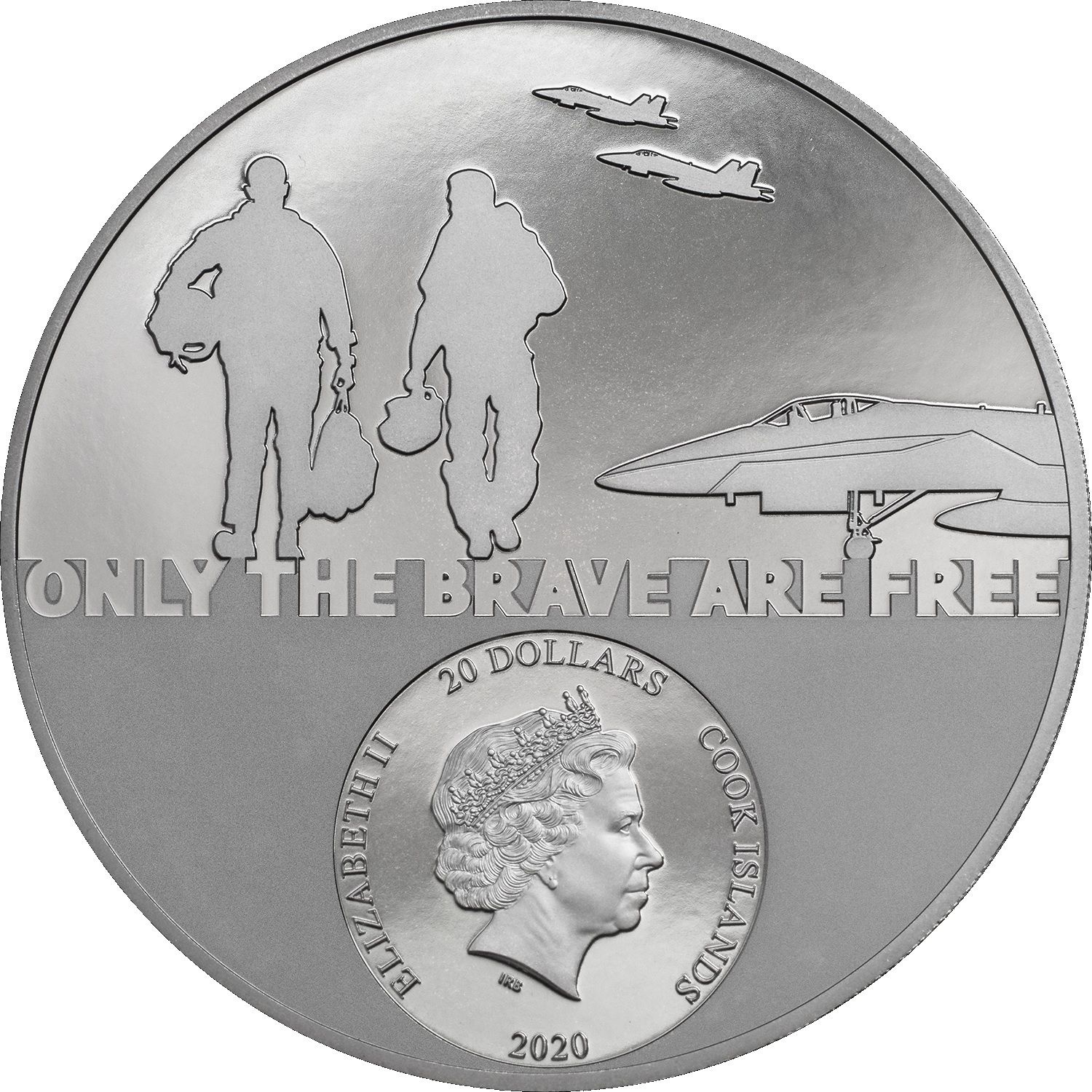 The obverse side is also quite innovative as the silhouette of two fighter pilots and three fighter jets are seen on the horizon. The guardian angel inscription ONLY THE BRAVE ARE FREE is seen below the horizontal line and as polished incused lettering. Instead of dedicating the whole obverse side of the coin to an effigy of HM Queen Elizabeth II, a replica coin is essentially placed below the incused lettering, combining both the traditional obverse design and commemorative coordinating design to the reverse. The denomination of 20 DOLLARS, the issuing authority COOK ISLANDS, and the year of issue, 2020, is seen as part of the legend surrounding the Queen’s likeness. 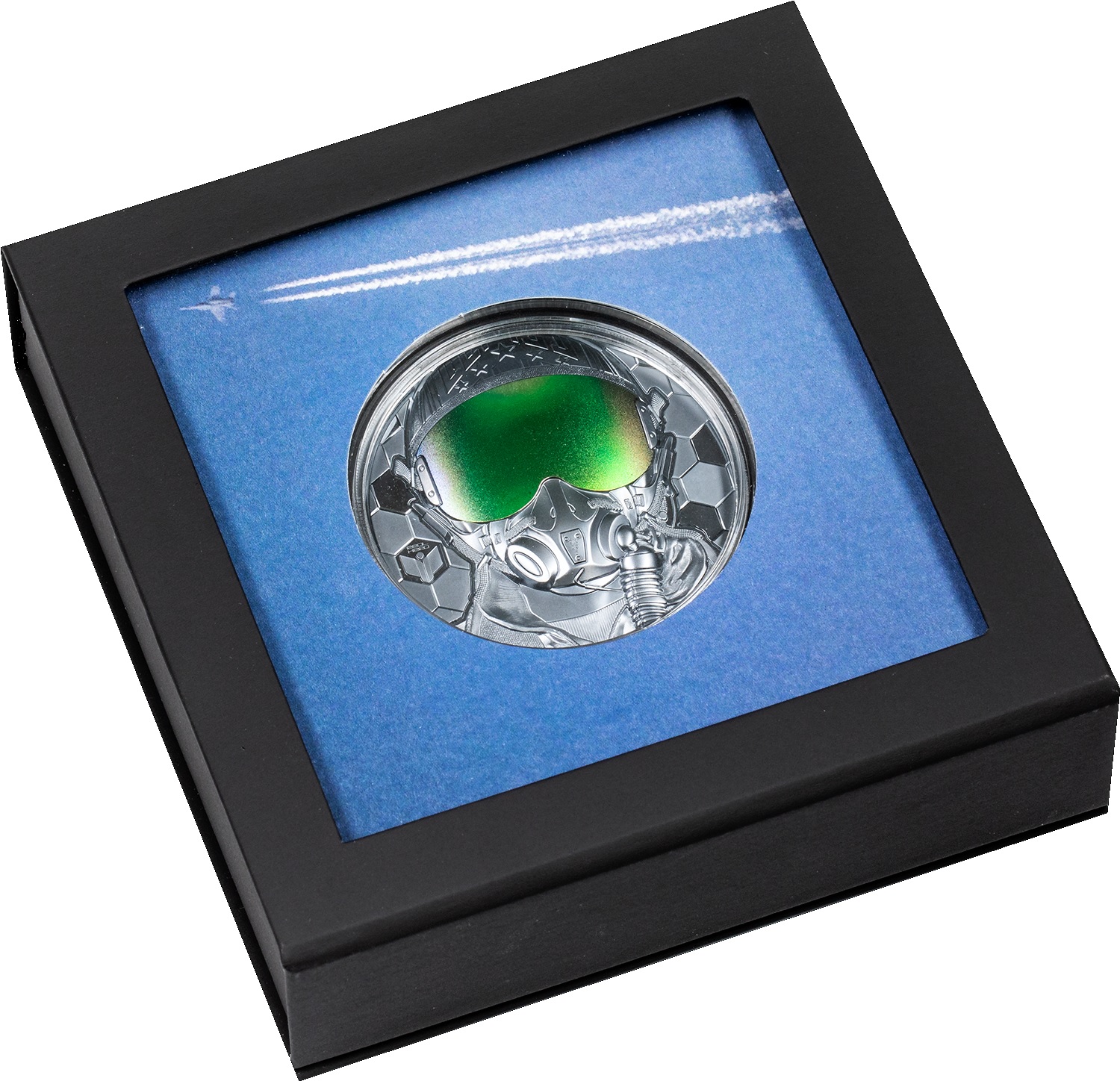 Each coin is specially presented in a custom case designed to accommodate the unusually high relief which is part of the coin’s overall appeal and the design shown on the reverse. The coin is available from CIT — Coin Invest Trust — official distributors by visiting here.

The coins are also available from Minted UK by visiting here.